Sherlock Holmes Chapter One doesn't seem like the type of game in which you need tips or tricks. Given it's more of a puzzle game, you could expect to pass through the game easily without making too many mistakes, right?

Wrong! Although there are significantly fewer things you can screw up in the game, that doesn't mean you're completely safe from screwing up somewhere along the path. Here are our 12 tips for playing Sherlock Holmes Chapter One

#1 - Advance the story until you get to the manor. 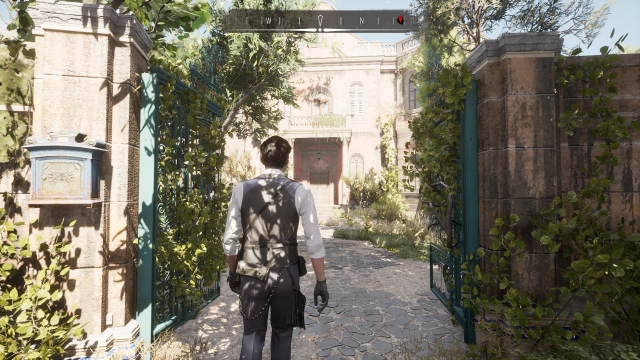 I'm trying to be vague here for anyone that doesn't want spoilers, of course, but you shouldn't delve into side-quests until after you get to the manor; this will unlock further side quests and make the general going easier because it will fill your map with objectives and unlock the ability to notice and interact with furniture vendors. 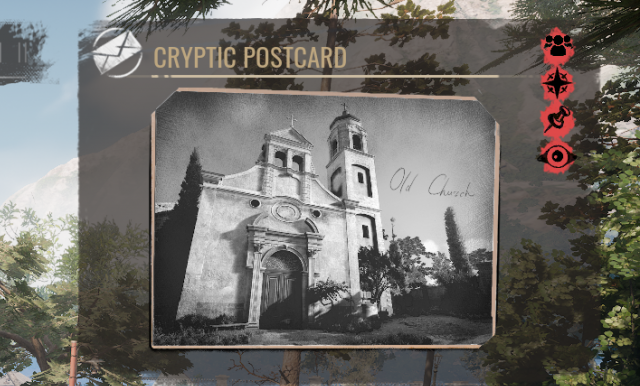 How many times did I get stuck because I forgot to pin my evidence, you ask? Too many times.

Sherlock Holmes Chapter One has you pinning evidence to be able to interact with it. If you need to focus on something that is related to evidence, you need to have it pinned. If you want to talk to someone and ask them about something specific, you need to have it pinned. I did make a lot of stupid mistakes by forgetting that this was an important factor and got mildly stuck where I shouldn't have, but it's okay because I still love the mechanic and I wouldn't change it for a thing.

#3 - You can search several types of archives. 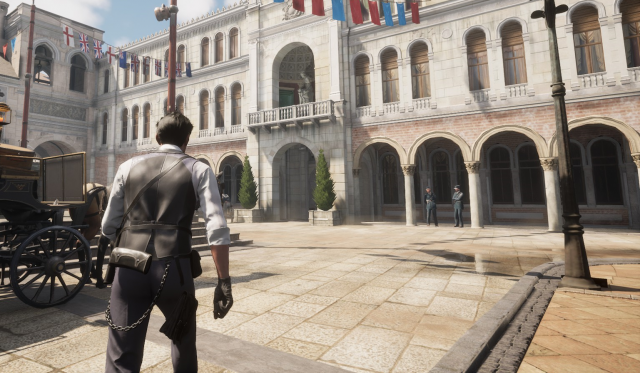 The City Hall in all of its glory.

I forgot this, and whilst doing one of the quests, I kept trying and trying at the police station only to later be reminded that I can go to another area and search the archives there.

It's a neat mechanic and a brilliant mini-game, but I completely forgot that the Police Station isn't the only place that you can search the archives in. In fact, there are a total of three places where you can do this: the Police Station, the City Hall, and the Cordona Chronicle. Keeping in mind what kind of evidence you're looking for should facilitate knowing where you should be searching.

Bonus: If you are searching in the right area, there will be a small symbol that resembles a book, indicating you are going down the correct path!

#4 - At the mind palace, if you make a final deduction you can't take it back.

This one is very important. Here's something I didn't know until later on in my run of Sherlock Holmes Chapter One: if you make a final deduction in the mind palace, you can no longer take it back. There are oftentimes several final deductions you can make that allow you to accuse different people. To further manipulate this, you can click on the smaller multi-choice deductions (circles with a dash across them) to decide whom to accuse. Once you decide, you can't take this back and will need to roll back an earlier save—so choose wisely.

#5 - If you want to do a pacifist run, practice on the first bandit lair. 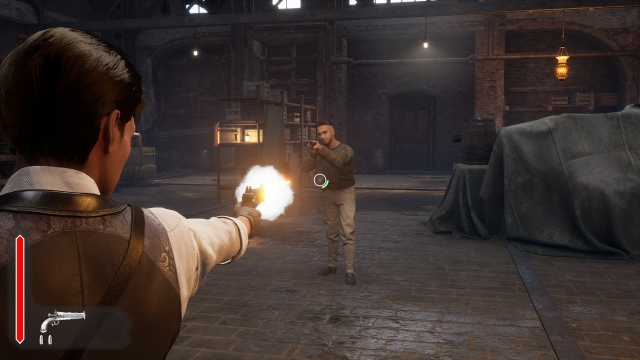 Sherlock Holmes and Jon don't particularly like killing. Moreso, the police in Cordona warn Sherlock that despite having a gun, that doesn't mean he has a license to kill. In Sherlock Holmes Chapter One, you must stun your enemies to be able to arrest them, and shooting them too many times will lead to killing them.

The reason it's important to practice as well is that if you don't get the hang of the combat and you need to shoot the mask off of a bandit, you might miss because of not being comfortable with the speed and reticle, shooting them in the head—this leads to an instant-kill!

I know they're bandits and deserve to die, but it just isn't the way Sherlock Holmes Chapter One is supposed to be played!

#6 - Play slow, and make as few mistakes as possible. This one isn't so much because of any gameplay standpoint, more so for a roleplay one.

I enjoyed the game the most when I least depended on the systems built in to facilitate gameplay. This meant I didn't use focus until I was lost, I refused to use the "Analyse Surroundings" mechanic, and I tried to get nagged by Jon as little as possible. This added to the difficulty but succeeding on my first try felt so satisfying. I'd recommend trying to play the game like this at least once. Worst case scenario, you don't like it and you begin using the tools! Best case scenario, you love the game more for it.

#7 - When "Present Evidence" is selectable, it means you can show them something. 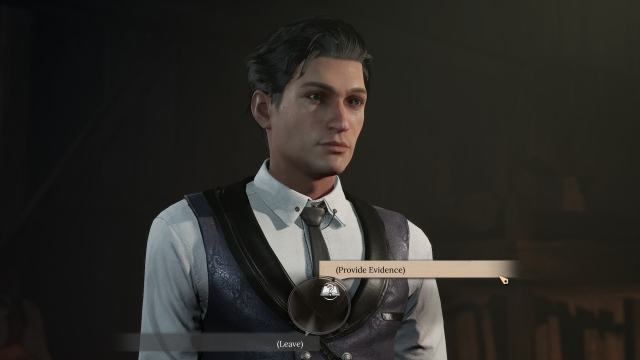 Whenever you talk to a key character in one of the main cases, you will be given the option to "Present Evidence". If this option is available, it means you can actually show something to the NPC you are speaking to at the moment, and they will react.

It is even more useful that there isn't a penalty for choosing everything. If the character has nothing to add, they will tell you. This means you can just rampantly click all of the options without having to worry about getting nagged by Jon as he does.

This one might be silly and potentially obvious to a lot of people, but it wasn't obvious to me on my playthrough: bets have a deadline.

Although they aren't timed to my understanding, there is something tied to when the bet will "end" and Jon will be sad. It is important to keep in mind that every bet is connected to some chain of events, and that might be a good indicator as to what will be the deadline for the event. It is also important to remember why you got each bet with Jon, for you can capitalise on this to know what kind of things you might need to interact with to complete it. 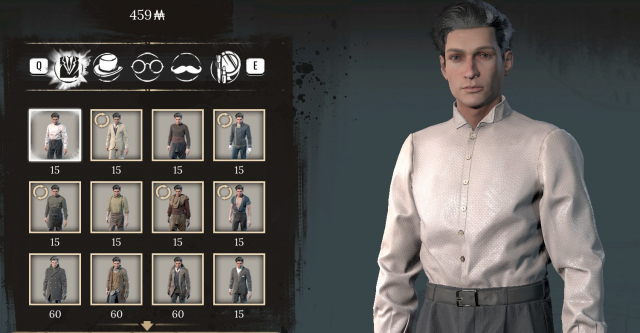 Some say money makes the world go around. Well, whether you believe in this or not, money certainly makes it easier to be able to disguise yourself as a lady to convince a group of renegades to let you enter their home. And you can't do that if you don't have money.

Manghirs is the currency on the Isle of Cordona and Sherlock is going to need tons of it. Thankfully, most of the uses for manghirs in the game are purely cosmetic, however they do facilitate advancing side quests easily and getting the furniture for Stonewood Manor. The easiest way I noticed to farm it is to just repeatedly enter bandit's lairs and incarcerate them to deepen your pockets and make Cordona a safer place.

#10 - When stumped, try to get deductions off of the clues already attained. 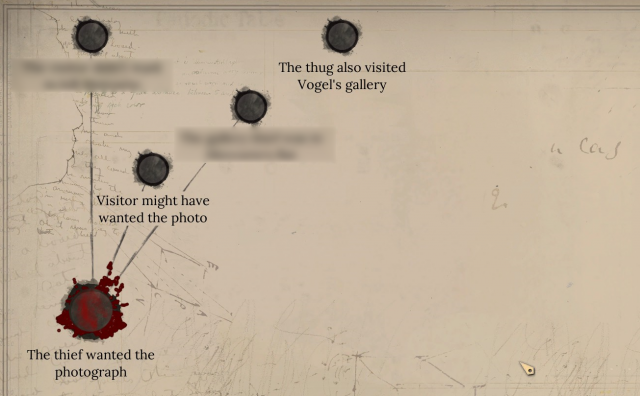 Sometimes it feels like a case is beginning to narrow around us, closing the walls and starting to feel like a dead end. When this happens, make sure to go to the Mind Palace and begin using the clues you have to form deductions. Sometimes, new facebook leads are hidden amongst these deductions.

#11 - Check the map for the important evidence locations.

This is how it looks when there's more to discover.

This is a bit hard to explain in the title, so let me do so through here. Whenever you have found all of the evidence in a particular area, there will be a magnifying glass that turns green. This indicates that you found everything that needs to be found, discovered, or discussed with characters in the game. This is important because sometimes you'll be able to reach a conclusion in the Mind Palace before you have all of the information. Or obsessively every couple of seconds like I do.

The game autosaves pretty frequently, so you can certainly trust that! However, if ever you have the need to roll back, the game only keeps about four of the autosaves before beginning to delete them.

Bonus: Make a manual save before entering the garden. The garden—the ending of the game—becomes a point of no return. If you have a manual save, you can keep your save file and take it to 100% the game! As you should, because this game is awesome!

So, what did you think of our tips and tricks? Do you have anything else to add? How much did you love Sherlock Holmes Chapter One? Tell us in the comments below! I'm itching to consume more Sherlock Holmes content.

The Silver Hand Riddles and How to Solve Them