After several years in development, LEGO Star Wars: The Skywalker Saga is out, promising several hours of gameplay alongside the nine mainline films, with several angles for replayability. Not only that, but the game also hosts new open-world playgrounds based on popular planets in the Star Wars universe. Whether you’re a first-timer or a veteran returning, consider this handy guide for your return to the LEGO fray, detailing several titbits that you may gloss over in your first playthrough.

LEGO Star Wars: The Skywalker Saga has revamped how it views the characters, categorising them in classes that will have you utilising their abilities on the fly. Whether it’s using the Bounty Hunter characters’ weaponry to destroy golden boxes or using a Scavenger’s crafting ability to create weapons that unlock new parts of the environment, there are a lot of options here to help you with general gameplay and collecting Kyber Bricks. It’s the latter that will be testing you, due to their importance in upgrading the skill trees for character classes, along with their tricky locations in the overworld.

One of the most common solutions to these trials, however, is using the Force. Playing as one of the many Jedi characters should be a given, but many smaller droids, like R2-D2 and BB-8, can be picked up by using the Force to place them onto higher areas. What you can do for certain Kyber Brick locations is to have one character as a Jedi, and another as a smaller droid, pick the droid up using the Force, and then when they’re in the air? Quickly let go of them and switch to them so it counts as you collecting the Kyber Brick. It’s a magnificently helpful shortcut in order to help you speed up collecting these multitudes of bricks.

With a film franchise as culturally revered as Star Wars, certain people will have personal preferences when it comes to how they’ll approach it. Older players may play Episodes IV, V, and VI first due to the nostalgia factor, but younger players may find more solace in Episodes I, II, and III. For my money, however, I would heartily recommend playing Episodes VII, VIII, and IX first.

Despite every episode getting a new coat of paint and a semi-open world status, The Last Jedi and Rise of Skywalker being put through the LEGO game filter for the first time should be enough. It’s exciting to see just how TT Games has structured the movie's most pivotal moments, but it has also used these Episodes as a learning curve. Both these two films and The Force Awakens display feature-heavy tutorials that explore all of the new elements that the previous six films and their levels do not.

Based on that alone, it might make the most sense to play the new trilogy first, if not for the encouragement to try out new mechanics, then because it might make Rise of Skywalker that much more bearable. 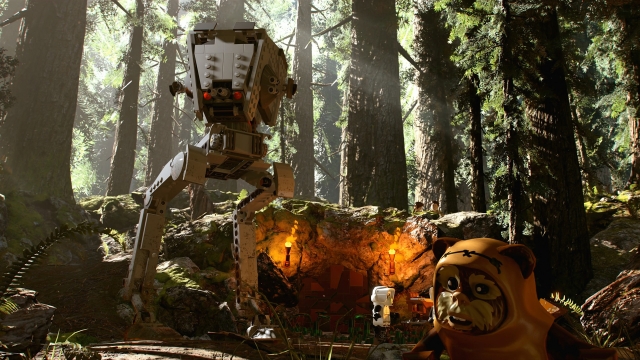 The LEGO games have always prided themselves on their replayability, and The Skywalker Saga is no exception, despite its rather intimidating size. While the large maps of the several planets will have their own challenges for you to contend with, it’s the mainline story missions which will hone in on that replayability. Whether it’s for the Microkits, or the side-objectives — both of which will aid in your collection of Kyber Bricks — you’re never going to get everything on the first try.

It is an incredibly mischievous gameplay loop, but at the same time, incredibly encouraging. The new character classes will incentivise variety that much more, not just searching every nook and cranny for one piece of a Microkit. It helps to keep the pacing at that upbeat tempo while you’re dossing around and breaking every possible LEGO structure in order to get as many Studs as possible. So don’t worry if you find a Microkit in a level that requires abilities that none of your characters have, just unlock the option for Free Play and go back with a fresh set of legs.

4. Be Careful What You Upgrade

This is a tip that may fall under personal preference, but one thing you’ll notice about The Skywalker Saga is how centralised the action is. The HUD elements do really well to keep the unnecessary information out of the constant LEGO money shots, even if you don’t tinker with the display options. With that said, the display options don’t account for one of the upgrades which can ruin the visual clarity of your gameplay.

Beyond the several character classes you can upgrade, there are also core upgrades which will aid you, regardless of who you play as. These can range from simple health increases to increased damage with blasters and lightsabers. There is also one upgrade you can acquire early on which will highlight the location of every Kyber Brick, Datacard, and Microkit in your general vicinity on your screen. As stated in our review, this can and will make your screen an almost unreadable mess of blue lights, notification icons, and waypoint arrows which, as we noted then, you have no way of turning off.

Keep that in mind while you continue to play, because even though it may be a godsend in late-game activity, it will bog down your experience if you’re stuck with it early on. 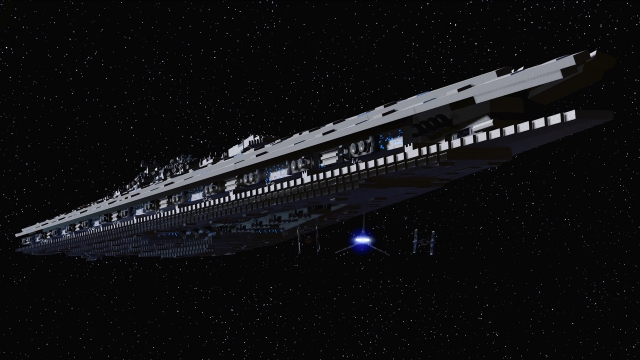 5. Mute That Music, If Needs Be

With the return of a classic LEGO game, it’s almost certain that everyone will want to show off what they can do in The Skywalker Saga. It could be fancy tricks you’ve learned, or Easter eggs you’ve found, maybe even a full series speedrun. These are legitimate sources of content that people will want to create for a product they love, and as such, you’ll see it played on YouTube and Twitch, and you can join in on the fun.

There you have it! A quick handy guide ready to prepare you for the depths of Tatooine, Dagobah, so on and so forth. Hopefully you’re able to utilise these tips to the best of your abilities, and who knows? You may come across a trick even more helpful in your journey to hold back the LEGO Empire oppression. If you do find something not mentioned in this guide, why not sound off in the comments below?

LEGO Star Wars: The Skywalker Saga — Every Cheat Code We Know Of Thus Far and Where To Input Them