Apex Legends has 15 characters after the release of Season 7’s Horizon. While each has their own strengths and weaknesses, there are three particular characters that form the best squad. If you have a player that can successfully play these characters, your three-man squad will be a dominant force to be reckoned with. The next time you get on ranked, try and formulate this squad and you will rise through the ranks.

If we could place a bet on the MVP of the squad, Unibet NJ would place the best odds on Bloodhound. Thanks to the recent updates, Bloodhound’s tracking and information-gathering abilities make it almost too easy to find opponents that are hiding. When Bloodhound’s Beast of the Ultimate is popped, users can access the scanner every six seconds. In the thick of a fight, especially if a third party is involved, this is an integral part of defeating the opposing squad.

There are some downsides with Bloodhound. With the upgraded scan range, your position can be given away, but when the squad size shrinks, you are not typically using long range weapons. Being able to know exactly where to shoot is a huge help, and feels like it is almost like a cheat code. Bloodhound doesn’t just help the user, but the entire squad during the climax of battle.

Mirage’s decoys shoot to 45 health, which adds another element to their trickery. Being able to control the decoys and follow enemies makes his character a strategic play. His ultimate is a bunch of Mirage Mimics, which makes it nearly impossible to find him when you are in the middle of battle. This helps your team confuse opponents, which could set up a teammate eliminating an opponent while they focus on you.

Mirage is above Lifeline in power levels when it comes to reviving teammates given his ability to disappear. He also cloaks when he uses a respawn beacon. Mirage is a support character, but every great team has one of those. 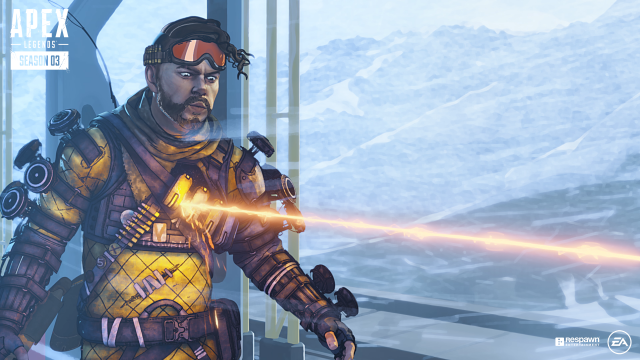 Gibby’s best attribute is his ability to fortify. It takes 15% less damage thanks to the large stature. Plus, Gibby had a 75 HP gun shield, which covers his whole torso, so he is the ultimate shield character. His dome protects the whole team, and you can place it on the trident to protect the vehicle as you travel. Io if you need a tank to go with your support and damage, he is the guy to go with.

Before Season 7, Gibraltar owned a 4.5-minute cooldown on his ultimate, but now it was shrunk to 3 minutes. That allows the firepower to rain down. When battling in range, his ultimate is incredibly helpful, and when it gets to crunch time, he can protect your key players. Gibby has been an Apex mainstay since the beginning, but he hasn’t always received a lot of love from the community. As the updates churn out, he is consistently getting better without users realizing it. Give Gibraltar a try to form the ultimate team. 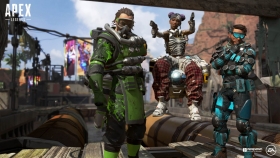