April Fool’s Day is an amazing holiday to just screw around in games. Maybe announce something totally out of left field, have an event, have an update that just screws with the game or just do something downright stupid. It won’t matter the next day; it’ll just be a laugh to look back on. Heck, if this isn’t your first article you’ve read on April Fool’s on GameGrin, you’ve probably been tricked about the next OUYA or adult LEGO.

However, sometimes those jokes become reality. Becoming official releases if there’s enough support for them.

These are the jokes that went the distance and became legitimate releases or additions to games. 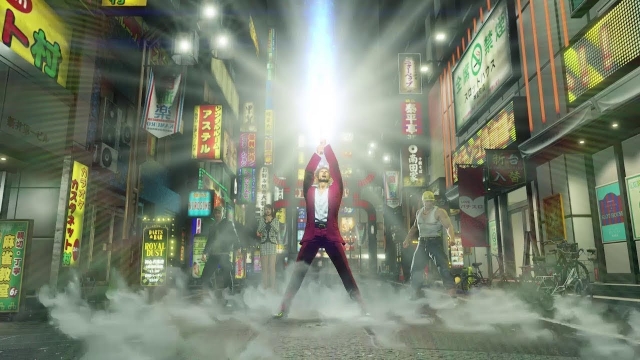 "Taking fight, heated as hell! From whom we celebrate, Welcome Ichiban!"

It’s pretty infamous at this point but back in 2019, an April Fool’s trailer was released with a Dragon Quest-like battle system. It was over-the-top, with particle effects and magic, something you would never see in the brutal and violent world of Yakuza. At this point, the game was going to stick with the beat-em-up system that has been used for the past six games. However, with the positive reception to the trailer and the fact that the franchise has been using the same battle system for the past six games, the developers decided to start from scratch and reworked the battle system into what we have today. Actually, they got the blessing of Dragon Quest creator Yuji Horii so that they could use the name outright, and the game makes sure to use it well. It also gives the main protagonist Ichiban Kasuga so much more depth. His love of the game humanises him, giving him a rather bright outlook in life even at rock bottom and thanks to the RPG-like system, it shows how much he relies on his friends as well as his stark difference between the legends of the series.

Not bad for an April Fool’s Day joke, especially while winning a few RPG of the Year awards. Fun Fact: The Battle Menu has Skills, Etc., Guard and Attack. This is not a coincidence.

"F is for Friends who do stuff together, U is for U and Me!"

If you were old enough for the music game craze in the 2000s, you should know Rock Band, a rhythm game series made by the creators of Guitar Hero to compete with it. While it did crash and burn due to oversaturation and the sheer price of all plastic crap you had to buy, there were some pretty funny and cool songs added to game in the form of DLC from the Rock Band Network. On the 1st of April 2008, a free downloadable song was released: Still Alive by Jonathan Coulton, also known as the credits song to Portal. I should point out Coulton cannot play his own song to save his life on Rock Band.

The next year, paid DLC for songs from Spongebob Squarepants was added. Best Day Ever, Where’s Gary? and A Day Like This. And... to be honest, Best Day Ever and Where’s Gary? are childhood favourites of mine. However, April Fool’s wasn’t the only day they released some weird songs. For example we have: I MAED A GAM3 W1TH Z0MBIES 1N IT!!!1, South Park’s Eric Cartman’s cover of Poker Face and The Ultimate Showdown of Ultimate Destiny. Yes, they are all actual songs. Go ahead and look them up. 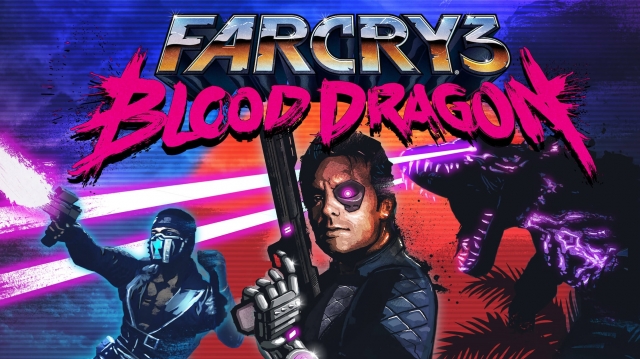 A loving parody and homage to old 80s action movies, the trailer for this standalone DLC was released on the 1st of April 2013, which automatically made many people write it off as a joke. It was not. It was released and it absolutely screwed with Far Cry 3 to an almost unrecognisable degree. Everything is neon, with amusing reloads and healing animations that won’t gross you out, enough cheesy dialogue to feed the world’s population of mice and your character is named Rex "Power" Colt! And the titular Blood Dragons themselves are insane and the B.A.D.A.S.S. is… well you might be better off playing it yourself. A stark contrast (or a far cry! Oh, I’m going to hell) of Far Cry 3’s tone and themes of insanity. It’s very obvious that everyone involved had fun with making this game. They continued the story of Far Cry 3: Blood Dragon with Trials of the Blood Dragon, which is from the developer of the Trials series, and reveals that a character from Blood Dragon... is a Blood Dragon. And she had children. I... I’m not sure how that works and did not expect that to be in a physics-based vehicle game. 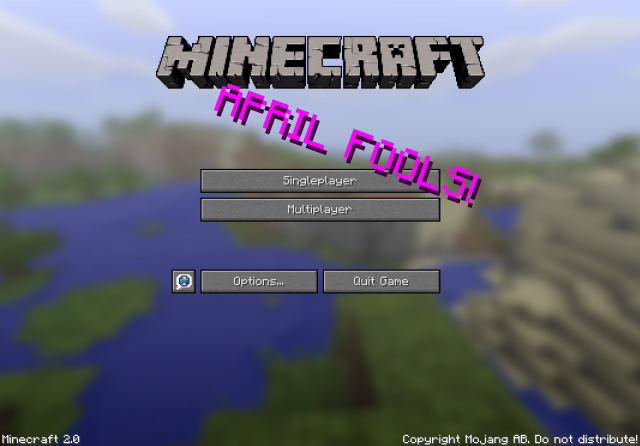 Minecraft is a weird game if you think about it too hard. Monsters roaming around at night, the Wither and The End... and you’re just a guy who can kill them all with swords and arrows. And that’s not getting into the modding community and its complexities. However, the developer of Minecraft like to pull something off for April Fool’s every year like having fake snapshots and updates that aren't too far from the usual weirdness you’ll see from mods.

However, Minecraft does have legitimate announcements in their jokes. For one thing, in 2013, something called Minecraft 2.0 was released, adding things like redstone bugs (as in, silverfish-like bugs that spawn from redstone), slabs of TNT and torches burning out. It also added tinted glass and blocks of coal, which ended up being legitimately added to the base game. Also the Love and Hugs Update, which not only removed health and hunger and replaced it with love, and added obsidian boats (which sank in an instant), but also random patches of snow in superflat worlds. However, scanning those patches of snow with a QR scanner revealed the announcement of the 1.9 Combat Update. Sometimes actual additions to the game manage to sneak into pranks like this.

"One hundred exiles. One winner. One day of development."

Even games like Path of Exile tried to cash into the battle royale craze back in 2018... but this had to be the record of the absolute fastest development cycle to date, as the trailer proudly proclaims only took a single day to develop and release. And thus, Path of Exile: Royale was born... and promptly shot out of a cannon and onto Steam. In all actuality, it played the exact same as the original Path of Exile except it was just a 100 person deathmatch, nothing more. Amusingly, it turns out a majority of players liked it a lot, stating that it was one of the best PvP modes the game could offer. That’s actually impressive, given that it (again) had one day of development and had garnered such a good reputation amongst the community.

At the end of the day, we kind of need April Fool’s Day. 2020 has been a pretty crappy year, and 2021 isn’t shaping up to be much better. But sometimes laughter is the best medicine to cure our boredom and help us forget about the terrible place the world is in now. And hopefully, this year’s pranks will have some real exciting stuff hidden amongst all the articles trying to convince you that yes, we do have our hands on the Nintendo Switch Pro here at GameGrin to preview before the embargo lifts on the 3rd of April.

Am I being serious or am I just screwing with you? You’ll see.