Here Is the Mind-Blowing Outcome of The International 2019

If you happen to be among the people who missed the glorious event that was The International 2019, you will definitely find this article intriguing. You can also bet that it holds some jaw-dropping data, too.

Since TI9’s main event is now over, all we can do is analyze the outcome of the championship. It was just as impressive as expected, and the location in Shanghai was a superb choice. The most important thing is that for the first time in history there is a back-to-back winner!

The champion team OG already has a legendary status in the Dota 2 world, and achieving such a success was the only way for them to become even cooler in the eyes of the esports community. OG won the last two TI championships as well! They proved that they deserve the title and the money that came with it.

This was the ninth edition of The International, and is the only Dota 2 world championship and the most important esports event there is. The organization behind it is actually the company responsible for Dota 2’s existence – the Valve Corporation.

The International is actually a final event preceded by the so-called DPC (Dota Pro Circuit). The DPC is a series of events meant to provide a qualifying opportunity for the TI. The teams collect points, enabling them to qualify, and only the top 12 teams with the most points earned eventually win the right to compete at The International.

TI9 was a truly epic event, and the first one to take place at the Mercedes-Benz Arena in Shanghai. There were six more teams than usual because these six teams were able to earn it by winning regional tournaments a month before TI9 began. Eventually, OG and Team Liquid were the only two teams left standing, and the Grand Finals was a show worth watching. OG defeated Team Liquid with a 3-1 score in the so-called ‘best-of-five’ format, meaning that they became the first team to become a repeat champion in the history of the tournament. 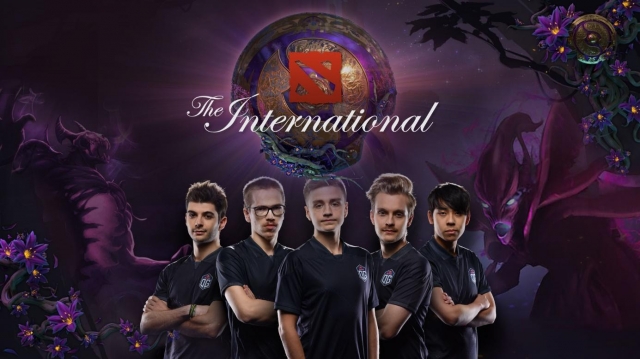 The Dota 2 community crowdfunded the prize pool, which is a typical feature of the TI since it was created in 2013. It was, however, the biggest one yet, measuring at more than 34 million U.S. dollars!

There is a simple mechanism behind the prize pool accumulation. When the Battle Passes became available in May, players began crowdfunding it. A quarter of the accumulated funds from Battle Pass purchases were poured into the prize pool. In just over a month, the amount of money raised for the prize pool exceeded $30 million! This is far bigger than this year’s Fortnite World Cup, for example.

Here is what the top three teams earned after TI9 was over:

As you can see, OG was not the only team to become significantly wealthier after The international 2019. Team Liquid received a hefty $4.45 million for the second place. Needless to say, they were hardly disappointed by the prize! Of course, losing the Grand Finals was probably not a pleasant experience for them, but they are still the second best Dota 2 team in the world, and they earned some impressive money for their effort and skills!

The rest of the teams also made some cash, as the prize pool was big enough for them all. There is one curious fact which is part of the TI9 aftermath: N0tail, one of the best Dota 2 players there is, became the one to earn the largest amount of money in his professional career. He is estimated to have earned more than $7 million so far, which is nothing short of amazing!

The fact that an esports tournament had a prize pool as big as this one is mind-bending because it was bigger than the prizes won in some of the most renowned traditional sports events and tournaments.

The Future of The International

The Valve Corporation obviously managed to create the ultimate esports tournament. The popularity of Dota 2 and the growing audience are clear indicators of that. It is expected that the 10th edition of the tournament in Sweden will be even bigger than the one which ended the other day. Looking back on the glorious TI9 makes us believe in the bright future of esports.

If you want to be involved in the world of esports and even make some money, you can place some Dota 2 bets at BUFF.bet, the best eSports betting website according to allbookmakers.com, and enjoy the action!