The launch of Animal Crossing: New Horizons must have felt somewhat like the elements of a perfect storm forming for Nintendo.

The coronavirus pandemic was biting hard and forcing countries across the globe into a place called lockdown. The great outdoors was boarded up until further notice and the rapid-fire news that swallowed every social media feed like some ravenous prehistoric monster painted a bleak picture of our new normal.

And then, on 20th March, a small beacon of light shone from the eye of the storm.

Here was Animal Crossing: New Horizons with an escape plan. Sort of. They had a route to a socially active, outdoorsy place where the worries of reality could be left at the door and a new life abundant in carefree joy could be ushered in. It was not a real, smell the manure on the tongue sort of countryside jaunt but, in light of the darkness, it was pretty cool timing.

Sat somewhere in the eye of this perfect storm, Nintendo had struck gold. Scroll down to today. Mid-July, 2020. The pubs are open, hooray! The boards to the great outdoors have been prised loose and the zombie hordes are free to roam. According to the news this largely involved a trip to Bournemouth, but what do I know?

But with great freedom, comes great questions about how New Horizons can remain a relevant place to play when there is a big wide world flashing its wares at all and sundry? How can the game that came to save us continue to prove worthy of our precious time? Like I said, the pubs are open!

Well, I have pondered this from a barstool for the past week and have drawn up a blueprint of potential ideas and areas of improvement that might keep New Horizons in the spotlight as the superhero we still need.

One of the biggest issues for players of New Horizons, discovered after some intense questioning, is the plateau effect. New Horizons is a game that, for weeks on end, challenges players to go on a voyage of great and wondrous discovery. It is exciting, engaging, new and thoroughly satisfying. Right up until the point it hits that bloody plateau and we are left looking around for new things to do like some ageing John Travolta meme. The discoveries have been discovered, the island home is complete and although there are more fish in the sea, there’s not that many more. Not enough to fill the sudden appearance of all these spare hours. Life on the plateau is not all that great. Now what?

Well, here is a little nugget of an idea. How about offering players the chance to expand the island? Cold hard bells expansion. Unlock fresh areas of blank canvas for creative minds to run free once more, escape the beige plateau life for new rainbow drenched goodness. Or, just like, a bit more to do.

This expansion nugget is a way Nintendo can break the status quo of day to day Animal Crossing life upon the plateau. It could catapult us into the heady days of early lockdown when this game was like Mel Gibson screaming ‘Freedom!’ at us from some delicate forest den. Sure, there are events, but these are not frequent enough to alleviate the stumble from vital gameplay to beige shades of boredom. Come on Nintendo, give us humans a taste of what we do best. Let us grow and plough a new furrow in ever more expansive fields. Let us expand faster than Succession’s Roy family, with less swearing. Marginally. Please.

Another potential savour could come in the form of enhanced social spaces. Now, this idea came to me via a different game. A personal favourite. Picture this – there is a game called Don’t Starve. It has a very cool Shipwrecked expansion. Players can build a sea-worthy vessel and sail from one island to another as they try not to starve. Now, imagine within the many varied Animal Crossing worlds there is a place known in local myth and legend and in hushed tones of shadowy inns as, ‘Social Island’. A gathering place just a pleasant raft ride away! No drawn-out aeroplane flights, just a jaunt over water. Of course, you have to forage and build your vessel first, but then, the Valhalla glory of Social Island awaits and its promise of having something to do!

Once on ‘Social Island’ players can trade, chat and, like, dance together and stuff. It will be an oasis of new horizons. It will be a place we sing of in booming voices at every celebration. It will be quite good.

Next up, dead simple, give us the chance to save our game in the cloud. You know, rather than having to start again. Give us a cloud to sit on so we don’t live in fear of damaging our Switch and becoming drenched in the horrific realisation our island has sunk like all our hopes and dreams, dragging many gaming hours to the depths with it. So, cloud saves, good. Easy one that.

And there it is. A few escape routes for a game that was once an escape route.
But then I had another thought.

Regardless of where it goes and how brave Nintendo feels, New Horizons has played its part in recent weeks like few games have before. These were times unlike anything we had previously encountered. We had to stay home and even those like myself who tend to embrace the idea felt the pinch and looked for anything that might take our minds elsewhere. Things just like New Horizons. And, in some respects, this is, I believe, the key to keeping players hooked. New Horizons became more than just a game. It became a comfort blanket. The key to a magical door that led someplace free of the frequent bleak real-world updates. Something that when the dust eventually settles, will still make people smile and feel sheltered. Like when The Goonies comes on TV.

For this reason, it will always hold a place in people’s hearts. The sights and sounds of this gentle little game will forever be painted in the colours of joyful escape and forgetting real-world worries for an hour or two. Based upon this, perhaps Nintendo has already done enough.

‘Can we have Mel Gibson back on set please?’ 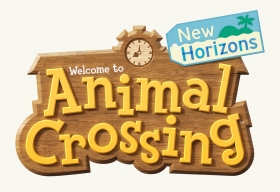