So, over the past few weeks I’ve been playing Monster Hunter Rise and I can safely say it’s one of my games of the year next to Persona 5 Strikers. My first Monster Hunter game was 4 Ultimate, with well over a thousand hours in the game. I hit the maximum Hunter Rank, beat a majority of the quests (except one in single-player and one in multiplayer) and collected a majority of the Greatswords available in the game. Heck, I’ve even beaten a few Fatalis. I was not a Monster Hunter fan until my brother gave me this game.

And I lost all that skill when I went over to Monster Hunter World. 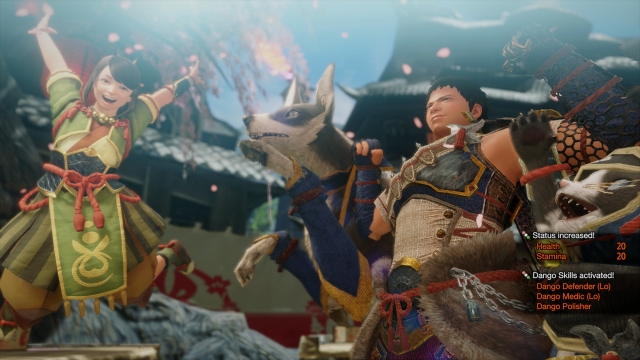 It introduced a lot of changes to the Monster Hunter formula, streamlining many gameplay systems and generally making things more user-friendly and less clunky, where I think most of the difficulty was in the older games. There are no quest fees anymore, if you forget to eat you can eat at camp, gathering is a simple button press, fast travel between several sub-camps. These changes were made to stop wasting your time with guesswork or tedious gathering and get you back into the main draw of the game: fighting monsters. I couldn’t go back to the old style because I have so much control over my hunter in the modern games that I can’t relinquish that anymore.

However, there were some more controversial features. The camp was reworked so that you can access your item box and change your equipment or refill your items. Also, single-player (village) quests and multiplayer (hub) quests were one and the same. You could breeze through the story and have your friends or complete strangers carry you through the more challenging hunts. These made hunts objectively easier. Instead of preparing additional crafting items or making sure to keep an eye on your healing items, in most hunts, you can use as much as you want as long as you have the items in your box (and let’s be honest, if you don’t have at least one hundred potions and mega potions, you need to go gather herbs and honey).

It was a lot of players’ first Monster Hunter game, selling five million copies in only three days before breaking records as Capcom’s best-selling game of all time at 16 million. And it was becoming apparent that the once friendly and tight community was starting to become infected with people telling you to just “git gud” and complaining about the game not catering to the challenge seekers. Made even worse on PC, with cheaters and quest throwers. There was also little to no need to communicate before hunts with strangers, given that room sizes were expanded to 16 from four. Just send out a request at the beginning of a hunt, and players will be jumping in soon enough, at the very least before the ten minute timer is up before your quest rewards are cut in half. 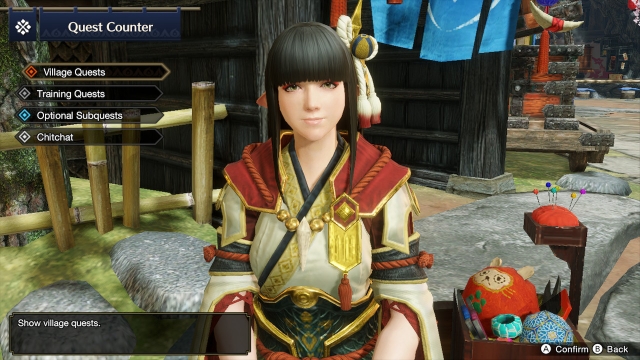 “Given the opportunity, players will optimize the fun out of a game.” — Soren Johnson, Civilization IV designer

It was somewhat improved with the release of Behemoth, Lichen, Arch Tempered monsters, and the Iceborne expansion. These additions to the game forced a lot of players to see that they needed to learn the game and build proper armour sets in order to beat these monsters. But I think this was a step in the wrong direction in correcting the game’s difficulty. Adding in super difficult fights with very specific strategies and builds in order to stand a chance isn’t fun in my eyes. Players will always try to make the best builds and get the fastest times, as quoted by Civilization IV designer Soren Johnson: “Given the opportunity, players will optimize the fun out of a game.” However, games like Monster Hunter make optimisation fun because you still have to fight the monsters in order to get the materials to create the build you want. However, my experiences with Altreon, while a good challenge, just left me with this disheartening feeling when it nukes the area because me and my team couldn’t deal enough elemental damage in time.

It doesn’t feel like it’s my fault that I keep losing. It feels like it’s the game’s fault even though I know it’s because my build isn’t suited for a fight like that.

That’s not encouraging players to experiment with the game’s systems. That’s forcing players to play a certain way or die, and that was not fun.

And so three years, two months, and seven days later Monster Hunter Rise was released, following in the footsteps of World. Is Rise just as easy as World was before the release of DLC? 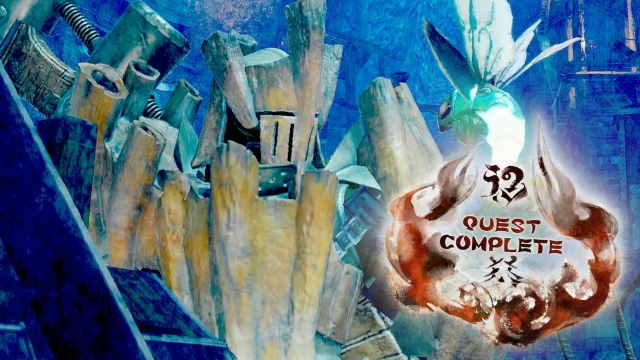 The gameplay is way faster thanks to wirebugs. Even the heavy and slow greatsword has so much more mobility that it normally shouldn’t have. Mounting monsters has become much more exciting, allowing you to launch them into walls or even force another monster to fight it. Plus, with special endemic life on the field, you can increase your maximum life, stamina and all other stats if you do some exploring when you’re out on hunts.

However, with the separation of village and hub quests and throwing in monsters generally saved for High Rank in Low Rank, successful mounts don’t topple, the nerf to set bonuses and a few skills (Free Meal was one of my favourites) it is actually quite a bit harder than World, in fact. There are also nerfs and changes from Iceborne that carry over into Rise like immunity to flash bombs. Even wirebugs, even though I did say they make hunters faster and more mobile, rely on individual cooldowns. Players won’t have full access to their move set at all times like with the Clutch Claw, forcing players to fine tune their style. With Switch Skills, it allows players to experiment and find their own hunting style that’s slowly unlocked through quests and crafting. I find these additions fun - not just making my life easier, like how the Hunter’s Notes has information normally only seen in wikis. And that’s what I hope continues as more content is added, with Apex Rathalos, Chameleos coming in late April and the inevitable G-Rank/Master Rank update.

So, I personally don’t think Monster Hunter is getting easy. The only thing that’s getting easier is getting into the series. World was criticised for its lenient difficulty, so Rise is their answer to give newcomers and longtime fans a challenging yet fun one thousand hours of hunting. Taking what worked in the old generation and the new generation. Does it succeed though? Well, check out the review and see what they have to say. I’m not qualified just yet - I haven’t gone to endgame hell. 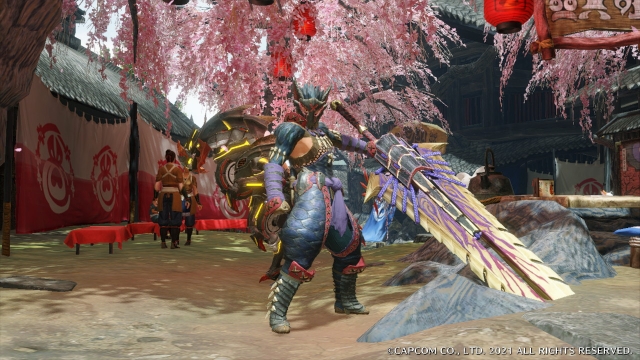 There are still problems with multiplayer though. Join Requests completely subvert the need to even join a room. As long as you can go online, just choose Accept (via Join Request) when selecting a quest and players will join you in a matter of time. Or head to the Quest Board and select the quest and the game will just plop you into someone else’s in no time flat. Make sure to eat before you do that. There are also idlers in Rampage Quests although a quick kick from the host will resolve that. You’re probably better off as a solo player if you don’t have friends to play the game with.

But I swear to god, if someone asks for monsters to have health bars and go through with it, even though it goes against the design of the game and robs the feeling of suddenly killing your quarry and causing many a primal cheer, I will… turn that option off.

Come on, just because a game is more accessible doesn’t make it worse.