I’m not much of a fan of fighting games but I am a fan of impressive visuals, animations and having a good time. So when I sat down to try Subscribe and Punch! at the Sweden Game Conference with the developers, I was surprised how quickly it became one of my favourite games of the show.

Let me set the stage for you. Subscribe and Punch! is a fighting game in which all the characters are based on popular YouTube stars. Though only two were available in the build I played, it is clear that a lot of time and thought has gone into the creation process. The designs and movesets all reference the respective personality in creative ways. In these fights players go toe-to-toe, making use of their chosen fighters abilities to bring the pain and a possible comment storm on their opponent. Once finished, players are greeted with a recreation of YouTube, complete with live comments to give a reaction to the now finished beatdown. Each moment of this title is filled with character to really help sell the idea of it being a YouTuber fighting game and it works brilliantly. 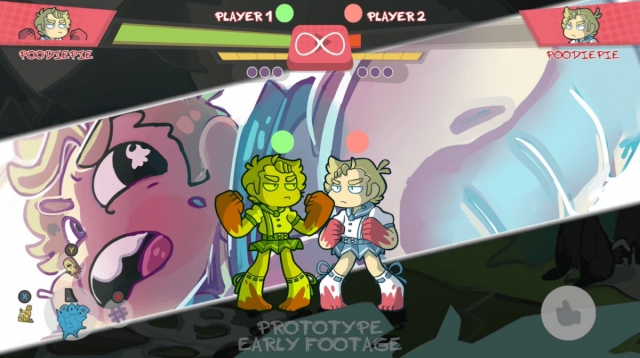 The visuals had me interested and laughing but the gameplay was what made me stick around for sometime. You see, there are two things that Subscribe and Punch! does well that help it stand out. The first is how accessible it feels. Sure, there is a combo system in place and a number of special moves but for someone new to the game, or even the fighting genre, It felt like second nature in next to no time at all. The second thing the game does well is having a stunning visual style that brings so much character to the title. The hand-drawn artwork of characters performing outlandish actions is simply beautiful to watch and can even bring a few laughs with them.

The team behind this interesting and colourful creation have been working hard on it for sometime now. What started as a fan project now has the chance to become a full release which would be fantastic news. With a community already forming around the game and the talented team working hard, Subscribe and Punch! might very well be your next favorite fighting game. 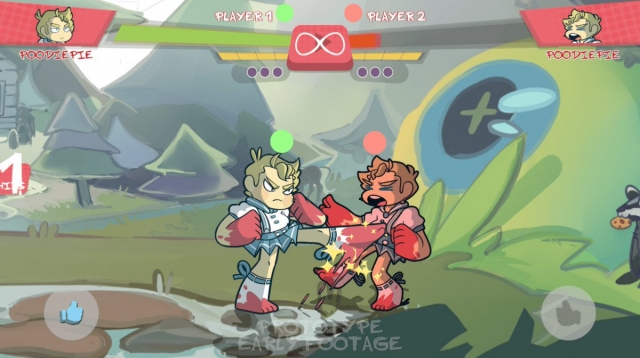 Subscribe and Punch! is currently in a very early stage of development, but the team is hoping to bring it to Kickstarter in the future if they can. With so much character and style I really hope that they can and that Subscribe and Punch! continues to be developed into a bigger and even more epic title. This is one to keep an eye on.