The Rise of the Battle Pass

The Battle Pass, forged from the ashes of the litany of loot box systems in games a few years back, has grown in popularity with developers taking advantage of the fact that we, as humans, get a kick out of seeing numbers get larger. Combined with the fact that no genre of game can seemingly escape the draw of including a pass of some kind they are going to be with us for the foreseeable future.

With Marvel’s Avengers featuring a pass for each character, I thought we’d compare and contrast various passes from a mixture of games, so that much like when you compare casinos online, we can decide which are worth your time. 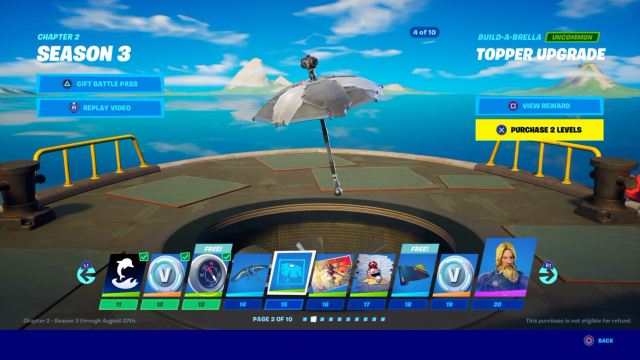 The first game to really push the style of Battle Pass we have now is the juggernaut that is Fortnite. Its Battle Pass is the standard most games crib from and features a single path with free and premium items intermingled. Each season is themed, for example this time around the map is flooded with Aquaman as a featured part of the unlockables.

Working your way through the pass is integrated into normal gameplay quite well in that just getting experience can slowly push you through each level, you are intended however to complete challenges which give you large chunks. These are generally themed as well and more unlock each week so you aren’t inundated with an endless todo list.

In general it feels like the time per rank is quite fair although you will still have to sink a fair amount of time to hit that maximum rank. 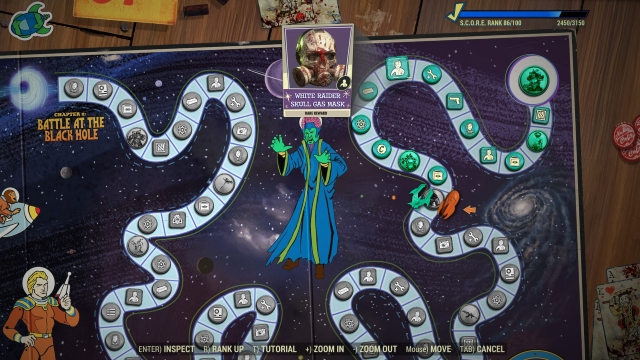 Fallout 76 has undergone a bit of a transformation this year with the large Wastelanders update bringing a lot of what people initially wanted to the game. Characters to interact with and a new main questline added a lot after the game’s disappointing launch. Shortly after, Bethesda added their own take on the season pass concept.

Visualised as a board game with you moving around it unlocking items on each square as you rank up, Fallout 76 doesn’t segregate items into free and premium. Everyone has access to everything instead of charging a fee to unlock access to the “better” stuff. The way Bethesda hopes to profit from this is that the later ranks require two to four times the amount of SCORE to progress and they do allow you to purchase ranks with the in-game Atom currency..

SCORE is obtained by performing daily and weekly challenges and these challenges do push you to different areas of the game which is great for adding a bit of variety to your sessions. One downside to this system is that progressing can take over what you might otherwise want to do in the game, so if you only have a short period of time to play it might feel insurmountable as you have had to complete almost every challenge to keep up with it so far. Rocket League is the first game here to feature the popular two track system where you can see which items are free and which require you to purchase the pass to obtain them. This also has the psychological effect of you seeing the missing spaces where you don’t earn anything if you don’t buy it.

You progress through the pass by completing games with extra experience from completing challenges however purchasing the pass will also provide you with an experience boost meaning you’ll level up faster than a completely free player.

As you’d expect the free tier, much like Fortnite, doesn’t have as many cosmetic unlocks but there aren’t as many gaps as some other titles. Call of Duty: Warzone feels positively stingy in comparison. 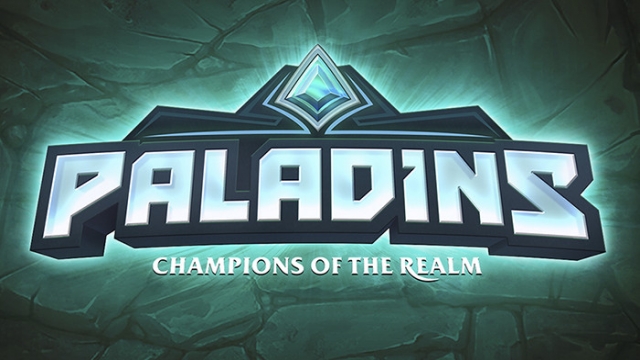 This underrated free to play take on the hero shooter has also adapted to include a battle pass, you won’t be earning any unique skins on the free track here unfortunately with the free track mostly consisting of currency and poses.

Again though, like Rocket League, Paladins doesn’t have many empty spaces so you still feel good earning levels in its pass. The premium skins are sometimes a mixed bag with some looking absolutely stunning whilst others are simple recolours.

Overall though there are a good selection of unlockables on offer here. With a wide selection of challenges to complete to push you along the path, you should be able to find something that fits with how you play. 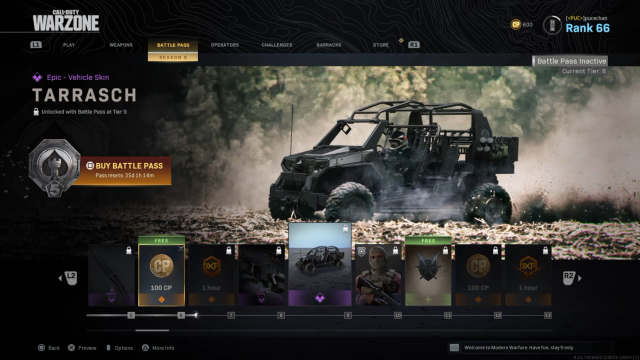 Warzone is an interesting beast as it uses a similar mixed system to Fortnite where both free and premium rewards are listed on a singular track. The thing that is perhaps the most surprising here is that for a high profile series, the free rewards are exceptionally stingy.

There are normally only one or two free items every nine or ten ranks which doesn’t feel great if you wanted to play for a bit first to see how it feels before committing. The pass also provides a flat 10% boost so you’ll level slower than folk with the pass.

Oddly it’s also the most nebulous when it comes to making progress as there is no way to directly affect how much you move along. It’s a combination of time spent in-game and how much experience you earn but it never feels like you are in control of it. On the plus side if you own the full release of Call of Duty: Modern Warfare (2019) you can make progress playing regular multiplayer as well as in Warzone itself. After the Forsaken DLC and their split from Activision, Bungie doubled down on a new season-based approach to content and with that came their own take on the Season Pass. Like other games in this article it features both a free and a premium tier, with the premium tier getting an experience boost from the off. The premium tier again features the bulk of the cosmetics but in general gear that adapts to your level is unlocked by everyone at certain thresholds.

Currency makes up a big part of the pass but Destiny has plenty of cosmetic options when it comes to rewards, from emotes to shaders (colour schemes for your armour) to ornaments for exotic weapons and more. There also aren’t many gaps in the free tier which is nice as it makes it feel more like everyone gets stuff, but those who buy the pass get more rather than it feeling like you are having things taken from you.

Each season also has a unique trinket that levels up with you making available a range of perks for your character that are only available during that season which gives you an impetus to put more time in.

There are a lot more games with battle passes, games like Dauntless, PlayerUnknown’s Battlegrounds and Brawlhalla also have them but hopefully this has shown that some respect your time more than others.

Do you have a favorite game with a battle pass I haven’t mentioned? Sound off in the comments below and it might make a follow-up article!