The Story Of Warframe And Why It Deserves Your Attention

Digital Extremes’ Warframe is a free-to-play sci-fi ‘loot shooter’ which features heavy modification in the form of ‘mods’ and customisable weaponry/Warframes; the game can be played cooperatively or solo. It originally launched way back in 2013 on the PC and was later ported to PS4, Xbox One and the Nintendo Switch. Though the game released three years later, the native concept for Warframe had been imagined in the form of a different game, Dark Sector. Dark Sector struggled to find a publisher upon its reintroduction in 2004 and was ultimately released - in a heavily edited form - four years later on PS3, Xbox 360 and PC. Dark Sector was met with mixed reviews, with Metacritic awarding it a 72/100, and Greg Howson of The Guardian saying that the game was “similar to other Gears of War Clones”, and that only the Glaive - a throwable tri-sided weapon featured heavily in the game - was “entertaining”. Dark Sector was an acceptable success however; with 2012 came a tidal wave of free-to-play games, and Digital Extremes paid attention.

Noticing the aforementioned trend shift from third-person shooters to free-to-play games, Digital Extremes took their original concepts and art assets - before they were bastardised to make Dark Sector - and presented them as Warframe. Warframe’s launch was not the genre-defining moment which DE had hoped for, with the game suffering low recurring daily active users and moderate to poor reviews however, the release was just the beginning of this cinderella story. Warframe found its fairy godmother in the shape of frequent updates. In the beginning of its life, Warframe received graphical updates, UI fixes, and the standard bug fixes which are commonplace in gaming today, however. As its lifespan continued, larger and larger updates were released to add content and - ultimately - play time. Player feedback was always at the forefront of Warframe’s development; it is this for reason that DE decided to open a closed beta in order to iron out any/all problems end users may have. One such problem was discovered.

Throughout the beta, players noted how the game seemed to support a pay-to-win system due to the changes DE made to the skill tree. This meant that players could level their Warframe up to a certain level after which point they could over-level only if they had access to a component which must be purchased using the premium currency platinum. The problems that arose during the beta were quickly addressed, and players applaud DE’s efforts. In spite of this, the games media were nowhere to be seen with their praise due to the majority of journalists not wanting to cover FTP games at that time. Warframe’s boom in popularity is due - in no small part - to a small group of people playing the game continuously and covering it on their streams. One such streamer was the late John ‘Totalbiscuit’ Bain. Totalbiscuit regularly streamed the game and covered almost all of the updates which landed up until the very last months of his life. With the huge boom in playerbase and the founding of their own convention, Tennocon by Rebecca Ford (who portrays Lotus in-game), Digital Extremes quickly realised that they had to release new content to ensure the game stayed fresh and that people would want to return, day in, day out. Thus began their update schedule, or ‘roadmap’, if you will. The update schedule began shortly after DE were acquired by Chinese investment group Leyou who would fund all of DE’s work but have no creative control over it. 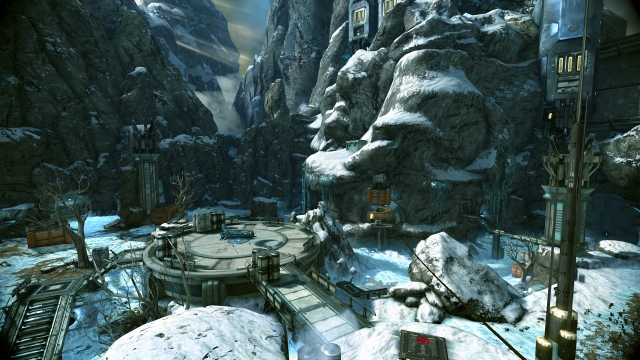 2015’s ‘The Second Dream’ was the first update to land on Warframe and changed the way the game played for many, not to mention the implications the events of ‘Second Dream’ had on the in-game lore.

The Second Dream questline was released in order to continue the ‘Stolen Dreams’ narrative, explain more about the Tenno’s back-story, and to enhance the Tenno’s story and their place in the universe. The expansion featured a new ability unseen in Warframe before, Focus. Focus allowed the player to enter into the battlefield in a spectral form and use one of the five main abilities available to them courtesy of their previous choice in the main questline regarding the school of training they undertook. The Second Dream expansion was met with favourable reception, particularly on the discussion website reddit where one user called it “one of the best stories I have ever experienced.” Now that DE knew what their player base wanted, the next update was sure to follow suit.

The next big update to Warframe came 11 months later in the form of ‘The War Within’ expansion. This expansion revolved around the mysterious Orokin faction and the well-known Grineer as the player was tasked with hunting down a prominent character due to a suspicious set of circumstances which took place at the beginning of the questline. The story follows the Tenno as they hunt the character across the solar system and is ultimately faced with a choice regarding a long-standing Grineer enemy - ‘kill her or let her rot’. This is the first time in which Warframe would employ a choice-based system to heavily influence the outcome of a narrative and the reviews for the expansion would reflect this. Another feature which was introduced was the ability to align with either sun, moon, or stars. Yet this feature remained a mystery until a later update due to it seemingly having no impact on the game at the time. 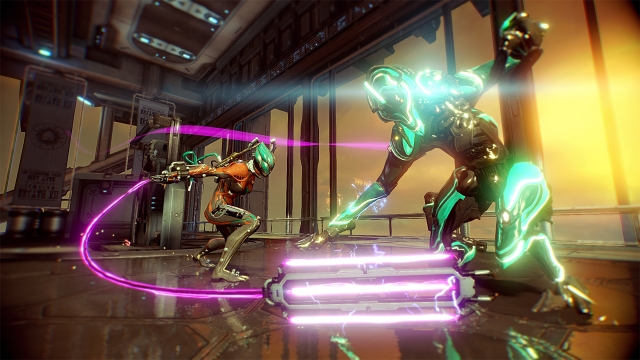 Unlike with TSD, TWW was met with mixed and unfavourable reviews with many players saying they “regretted playing the questline” and feeling like they “had waited for nothing and got even less” - needless to say DE had to step it up a notch if they were going to stay relevant.

Building on the success of other FTP games on the market and HUGE number of AAA games, Warframe went open-world and released Plains Of Eidolon.

For the first time in Warframe, your Tenno could traverse vast landscapes and fight in the open on their own terms. With this update even came a central hub in the form of the ‘Cetus’ - a tower like structure not unlike the ones featured in games such as Destiny. From Cetus, the player could undertake hunting activities, help out locals, and gain standing within the community, which would reward the player and allow them to purchase items within the market using the local currency, standing. 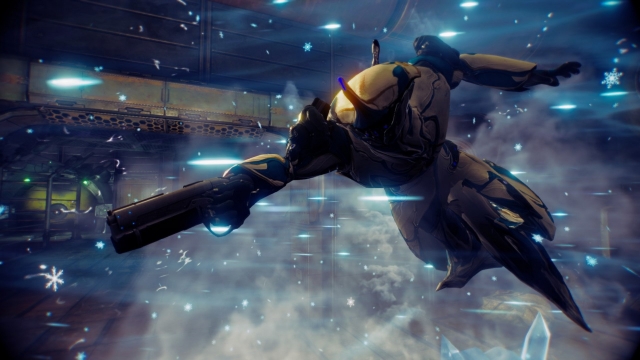 Plains Of Eidolon was named due to the great hulking dinosaur-like creatures which roamed the plains at night and could be hunted by players for great bounties.
Plains Of Eidolon was a huge success and garnered the game it’s biggest daily active user number ever, many reviewers did note however that the Plains were “not a place you want to be found if you are new to the game due it’s non-scaling difficulty and near impossible boss/Eidolon fights” - seriously Eidolons are tough bastards.

The final narrative questline arrived in June 2018, The Sacrifice. This questline continued from the events of the previous narrative and also featured the long-misunderstood alignment system - although no further explanation was given as to its purpose. Not much can be said of this update without absolutely spoiling the story wholesale so all I will say is that Tenno is sent to hunt a rogue Warframe across the solar system and upon doing so, is able to expand their arsenal in a very significant way. Unlike with the previous story expansion, The Sacrifice was met with widely favourable and positive reviews for its “space opera atmosphere” and “finally becoming what it was always meant to be”. On top of the story fluff, the GPU within the game was given a massive update, and the game looked better than ever. The stage was set once more for something big, and everyone could feel it. The last major update to date is the Fortuna update. It featured Venus as a traversable world, which is made even more fun by the inclusion of the hoverboard - which can be summoned almost anywhere outside.

The Fortuna update was a fascinating lore/gameplay based piece which focused around the Corpus faction of the game and their interactions with the indigenous people of Venus. The similarities between the Fortuna update and Borderlands’ Pandora are striking, with even the soundtrack being very similar but the questline was so explosive and unpredictable that it left you wondering ‘what the hell just happened?’. Reviews for Fortuna were overwhelming positive with IGN awarding it a 4.5 out of 5.

Warframe began life as nothing more than a concept piece which developed into a relatively mediocre and forgettable game in the form of Dark Sector, but what it became is one of the most playable games on the market, and it is infinitely addictive. It has achieved where many others have failed. It has used micro-transactions in a way that is not predatory, and it has been held up by the community from its inception all the way through to today. Digital Extremes should be extremely proud of their achievements and of the playerbase who stuck with Warframe through thick and thin - I know I am.

If you played Warframe a few years ago and found it not to be ‘your kind of game’, I advise you, no, I IMPLORE you to return to it with a fresh set of eyes. With its overhauled UI, enveloping narrative, and intricate modification and upgrade system. It really is a game that you can make all your own, and I believe you owe it to yourself to go back and try it again.