Earning Gil (in-game currency) in Final Fantasy XIV can be tight, especially when you don’t have an idea about how to rake in the stuff. There are plenty of ways to craft FFXIV Gil, but some of them are tough to learn. So that's the reason we are in to help you out. Here are some of the best Gil Farming Tips that can help you become a millionaire in Final Fantasy XIV in no time. Before starting the guide, you should already know about the game if you’re a total noob.

Released in 2010, Final Fantasy XIV is a Massively Multiplayer Online videogame available to play on PC only. Serving as the 14th in the overall series of Final Fantasy, and the second MMORPG game after FFXI. It takes place in the fantasy land of Eorzea, where you control a customized avatar from a third-person perspective with the objective of navigating the world and fighting against vicious enemies.

Here are the best methods to Farm FFXIV Gil

While there’s no barrier for farming Gil, you can earn 5K to 9K Gil regularly, merely joining the various roulettes for dungeons and up to 10K FFXIV Gil for trials. 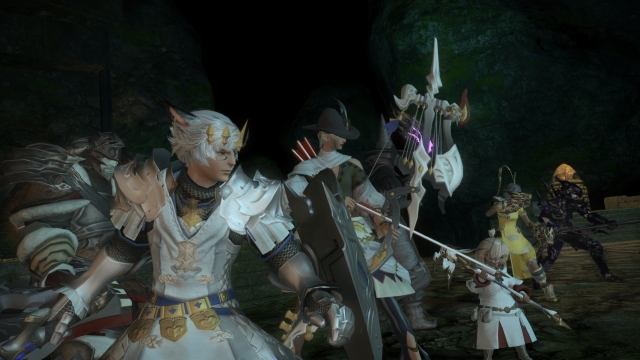 Are you using your retainers for storage? If you’re not doing this, then you’re missing out lots of Gil. Spending retainers on personal missions, known as Ventures, will bring you from 5K to over 1 Million Gil with no difficulty.

Undoubtedly, crafting is one of the best methods to get your hands on Gil. It provides the players with gear, material, and furniture they are looking for to add into their houses. On a regular basis, your earnings will be in six digits or can hit seven. Among crafting classes, the most valuable and profitable are Goldsmith, Blacksmith, Culinarian, and more.

While playing the game, you need to find an active Linkshell for hunting. It will offer you a chance to obtain a cracked cluster which you can use to unlock level VI. It is considered as the best way to earn Gil to sell material at a decent amount.

If you’re looking for the most natural way to make tons of in-game currency, then Fisher will be the best choice for you. Your only aim to approach the 70 levels from one, and after having the level, you need to go for 20K Gil at the server.

Following the Disciple of Land, Lady Luck may be in your favor and will reward you with treasure maps. The map will highlight the items which lead the player to treasure hunts. However, while playing in Player versus Environment, there are lots of chances that you find a hidden treasure stash and battle against vicious monsters in it. After defeating the monsters, you will receive several rewards, and some of them can be sold to receive lots of Gil.

In my opinion the best way is to buy Gil right now. It's so cheap that you can have a lot of Gil without spending more than $10. There is the best price right now https://www.sellersandfriends.com/buy-final-fantasy-14-gil

Good to know that someone recommend a trusted market place. Btw, i checked them on trustedpilot and gave me and outstanding result.

I got to say that I tried this marketplace and it worked really good. I wanted to buy FFXIV Gil really fast and Seller and Friends is really serious. I saw this comment a few weeks ago and saved the website so I can give you a feedback whether I got scammed or not.

Thank you for the information about this good page!