It is surely hard to believe that it has been over twenty years since Grand Theft Auto’s first installation hit the shelves. Grand Theft Auto, or better known as GTA, is among the most popular and highly grossing games that significantly contributed to the world of gaming. It’s also among the pioneers that first fiddled with the idea of a game set in an open world. If you pick a random free roamer game and put it against the worst installation in the GTA series, the latter will still be much better. Besides that, the Australian online casinos real money will give you a run for your bucks. In this specific article, we will narrow it down and list the top 5 GTA games. Thus, without further ado, let’s dive into the carefully prepared article. 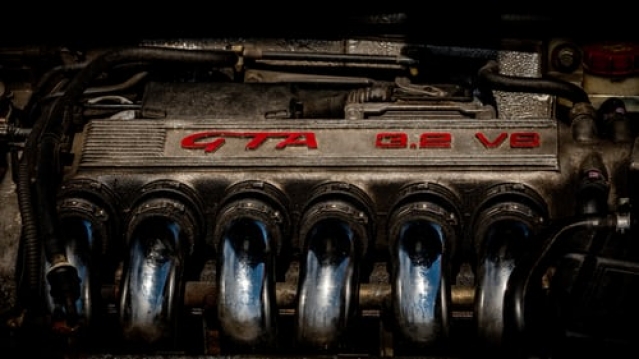 It’s quite easy for anyone to witness the rising trends in the games developed by Rockstar. The developers carefully curated each successive console and pushed them to their limits with every generation. That holds especially true for the previous eight years. Be it bringing Los Santos to life, the marvellous and realistic buildings, plotting dense narratives, or fitting entire city maps at the palm of gamers, the GTA franchise for sure succeeded in its venture. The franchise is an icon among open-world games that boasts limitless possibilities and detailed customizations. Keeping that in mind, below is the rundown of the top 5 GTA games.

Our top choice might have left many of our readers perplexed and confused. Imagine that a game that came out in 2008 and offered minimal features when it comes to graphics could actually be the top 1 is, for sure, hard. Rockstar Games used the 7th Generation consoles for the purpose of releasing Grand Theft Auto IV. Holding true to the realities of its time, the game did have a few issues here and there. That includes issues in visually grey settings, texture popping, even the driving mechanics. Thus, GTA IV was a long way away from being termed as perfect.

At the same time, the developers made sure to tackle those problems in the future installations to come. That’s evident from the fact such technical issues were absent from Grand Theft Auto V.

The game pursues the American dream through an ex-soldier from Eastern Europe, its main protagonist Niko Belic. It’s devoid of any form of satire and boasts in the incredibly realistic and dense storyline. The game itself is immersive, and Liberty City improved. It masterfully renders New York like never before. Thus, it’s for sure the best installation in this list of the top 5 GTA games.

It makes perfect sense that GTA V quickly follows its predecessor, GTA IV. As stated earlier, the developers incorporated all that was lacking in GTA IV and corrected those in GTA V. This installation boasts among the best quotes out of the entire GTA franchise. It contains interested characters other than the protagonist themselves. The whole vibe of GTA V is sunnier and brighter. In comparison to Liberty City’s cramped roads, GTA V also offers open and much wider roads.

The earlier series cordoned off areas and opened them depending on the progress players made. That is, in order to access these parts of the map, players had to get to a certain level to unlock new parts of the map. Rockstar Games did away with such restrictions and made the game truly open right off the bat in Grand Theft Auto V.

If you take into account graphics and storyline or any other aspect of the game, you may wonder why even GTA 3 made it to the list. The answer is brief and simple; Grand Theft Auto 3 bags a spot on our list for being unique. When the game hit the shelves, it was indeed the first of its kind. There were no other games that came even close or comparable to GTA 3. If you’re someone who religiously followed and played the entire series, you must be aware that it was an open-world game played out in 3D. In 1997, the gaming industry only witnessed games from the perspective of a 2D world. Thus, in the genre of open-world games, GTA 3 successfully achieved golden standards and shone brighter than any other game.

But that’s not all! Compared to other installations, GTA 3 laid the foundation and stayed true to the values of Rockstar Games. That is, it provided features such as the protagonist’s insane crime record, world-building, and, not to forget, humour.

If the developers stayed away from dwelling into social commentary and satires in GTA IV, they surely dived deep into it in Grand Theft Auto San Andreas. It carefully embodies and portrays the difference that exists between the multi-millionaires of Mulholland and the infamous gangbangers. These two communities constantly feature through the entirety of GTA San Andreas. However, it also takes a staggering stand by depicting these two groups as criminals.

Other than these contrasting aspects, Grand Theft Auto San Andreas also boasts detailed customization options and efficient RPG (Role Playing Games) features. That includes features such as working out, the ability to get a haircut, and the option to buy properties in various locations on the map. Aside from these, it’s a non-contested fact that Grand Theft Auto San Andreas features the best map in the entire GTA franchise.

It’d be rather weird and the listing incomplete without adding this particular installment of the franchise. For many, Grand Theft Auto: Vice City is the game that introduced them into the world of GTA and possibly to other Rockstar Games as well. That alone would suffice to bag it a place among our mentions of the top 5 GTA games. But of course, there’s a lot more to it. If you consider the entire series of Grand Theft Auto, it’s the most versatile, stylish, as well as extremely interactive game. In addition, it’s the franchise’s own rendition of Scarface. An interesting fact to note here is that four years in the future, in 2006, an actual open-world game under the name Scarface made an appearance.

Among many other features, the installation is infamous for offering its users tons of unconventional cheats. That gave rise to possibilities such as the existence of flying cars born out of vehicles. Grand Theft Auto: Vice City also features new helicopters, motorcycles, and even planes.