Eikthyr is the first boss in Valheim. It is a gigantic, lightning-wielding stag with three attacks. Eikthyr uses a ranged lightning attack, an area-of-effect lightning attack, and a standard goring attack with its antlers, none of which are particularly damaging. The fight is relatively easy if new players come prepared, and will reward them with a useful Forsaken Power upon defeat. 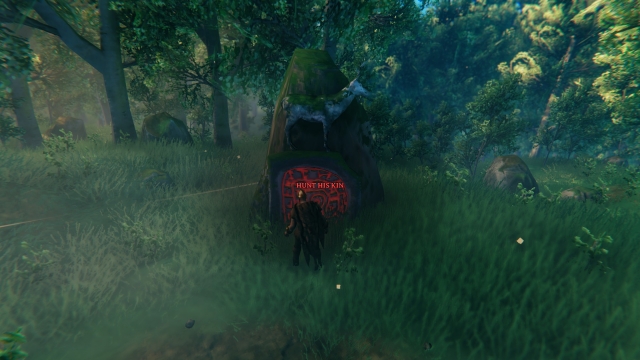 A Deer trophy will drop off of any deer. An easy way to gather Deer trophies is to use a ranged attack out of stealth for massive damage.

Eikthyr’s summoning rune will be relatively close to the starting spawn location. It appears as a stone with red glowing markings engraved on its face. Upon interacting with the rune, Eikthyr’s location will appear on your map.

Head to the location that is now marked on your map. Drag two Deer trophies onto your hotbar and use them on the summoning altar. Once you’ve used two trophies on the altar, Eikthyr will be summoned. 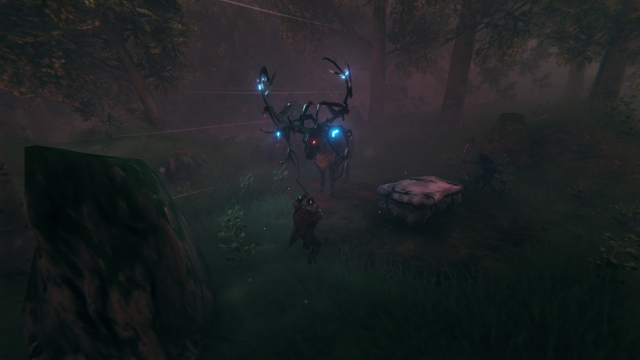 Bring three types of food and rest up.

Since Eikthyr is the first boss, he is not particularly difficult. Still, players should bring three distinct types of food to use during the boss fight. We recommend bringing Mushrooms, Cooked meat, and Cooked neck tails which are easily found around the Meadows area of the map This will give you a significant boost to your health and regeneration.

Make sure to gain the rested status effect by staying indoors and near a fire for 30 seconds. This will grant you bonus stamina and further health regen.

You can use a melee weapon and a wooden shield to great effect against Eikthyr since its attacks are fairly predictable. In groups, one player distract Eikthyr with a shield while the rest use ranged attacks.

Eikthyr’s summoning rune will be surrounded by smaller rocks and ringed by trees. If you absorb too much damage during the fight, use the terrain to kite Eikthyr before reengaging. 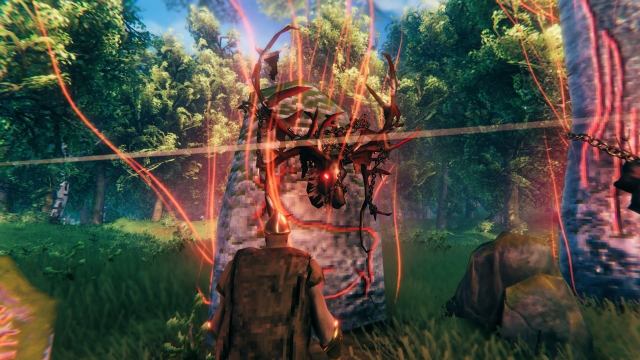 Defeating Eikthyr will reward you with the “Eikthyr Trophy.” Take this back to the ring where you first spawned and mount it on the appropriate stone.

Eikthyr’s Forsaken Power grants -60% run and jump stamina usage. This can be particularly useful in the early game while collecting resources.

In addition to its trophy, Eikthyr will drop “Hard antler” which is used to craft an Antler pickaxe. This will allow players to gather Copper and Tin.