Xbox Backwards Compatibility: The Games That Got Away

The Xbox 20th Anniversary stream has come and gone, surprising folks with a trilogy of separate announcements that tickled the fancy of each type of Xbox fan. First, there was the six-part documentary showcasing the highs and lows of the Xbox brand. Second was the shadowdrop of the Halo Infinite Multiplayer Beta, running until the launch of the campaign on 8th December 2021.

The third announcement ー and my personal favourite ー was the addition of 76 Xbox 360 and original Xbox titles for Xbox’s Backwards Compatibility program, filled with highly requested classics and head-scratching additions. Sure, you had stuff like TimeSplitters 2, F.E.A.R., and Binary Domain finally making their way to the program, but you also had titles like the licensed slog Disney's Chicken Little, as well as the embarrassingly vulgar Onechanbara: Bikini Samurai Squad.

It’s an eclectic list, to say the least, but unfortunately this is the last time games will be added to the program. Citing legal constraints, technical troubles, and licensing problems, the service has ended with 632 available last-gen games to play on both Xbox One and Series X|S. Out of the 2100+ games released for the original Xbox and 360 though, some would say that’s not enough; this list is here to showcase the titles largely overlooked, not just by Xbox but on all platforms. 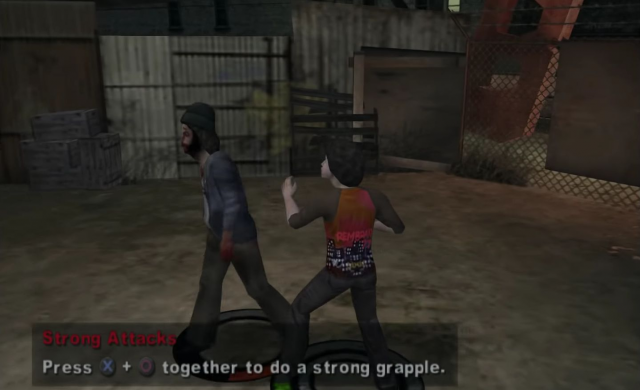 For example, The Warriors could’ve made this list, and not just for arguably being the best movie tie-in game ever ー we all know that’s a low bar. It’s a fantastic beat ‘em up, and while it isn’t backwards compatible on Xbox One and Series X|S, you are actually able to purchase The Warriors digitally on the PS4. This list is dedicated to the ones which, despite their passionate fanbases, simply aren’t getting the limelight they sorely need. Titles like... 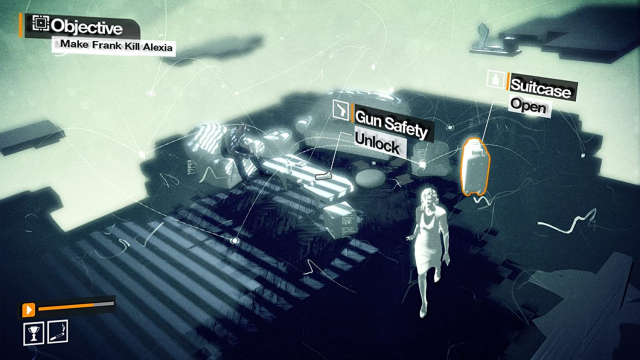 Remember Me! I know I’m cheating with this pick since the game is still available on Steam, but it really is an overlooked gem. Originally planned as a PS3 exclusive, the concept saw a quick cancellation before Capcom saw the promise and gave it new life under a multi-platform release. You play as Nilin, an imprisoned “Errorist” situated in neo-Paris controlled by Memorize, a corporation that has invented a brain implant that allows users to delete unhappy memories at will.

While it isn’t a showcase for the storytelling talents Dontnod would later be known for ー I’m sure you groaned as well when you read “Errorist” ー it’s the style that wins you over. neo-Paris is a gorgeous world to explore in this third-person action affair, as Nilin glides across the cyber-Parisian buildings with grace, and the combat is refined to a shine. Like Mirror’s Edge with, well, more edge to its aesthetic, Remember Me certainly deserves your time. 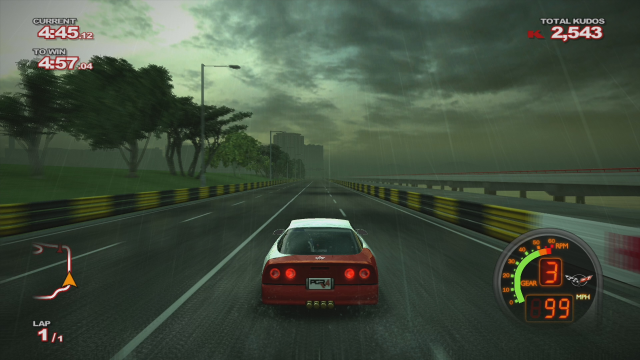 Before the Xbox was even shown off by Bill Gates and The Rock in awkward conversation, Bizarre Creations had the Forza Horizon arcade racing formula down to a T. Originally premiering on the Dreamcast under the name Metropolis Street Racer, all it took was a name change and the 5th instalment with Project Gotham Racing 4 to perfect it. “Gaudy” doesn’t even begin to describe the impressively cocky nature that this game exudes.

Whether it’s the Kudos system rewarding sick drifts, tricks, and taunting your rivals; or the 130-vehicle count ranging from monstrous concept hypercars to crotch-rocket superbikes; PGR4 has it all. It even beat Playground Games to the punch with Tourist mode, allowing you to travel around the vistas of St. Petersburg, Macau, Tokyo, and Quebec, playing Cat & Mouse on Xbox Live. As a blueprint for the future, it wouldn’t be surprising if Forza Horizon copied a few notes from one of the greatest racing games of all time. When it comes to the games based on licenses and certain movie tie-ins, even the ones that are fondly remembered, asterisks are almost always attached in their praise. Sure, X-Men Origins: Wolverine is good, BUT you’re still playing a game version of the movie. Sure, GoldenEye 007 is still revolutionary, BUT you’re now playing a game vastly outdated by its successors. This isn’t the case for The Simpsons: Hit & Run, however.

Honestly, the only thing more shocking than Hit & Run’s quality is the fact that it hasn’t seen a port or remaster onto current hardware at all. Not only is it a fantastic GTA clone, one which can be enjoyed by all ages, but The Simpsons as a franchise has only seen people yearning for the golden years and the seasons of all killer, no filler. While some still argue about when the cutoff date for that is, it’s hard to deny Hit & Run a spot in that treasury.

No list of the misadventures of the sixth and seventh generations of gaming is complete without mention of the shockingly bad treatment of companies under EA’s wing. Visceral Studios and Black Box may live on while EA rips the IPs of Skate and Dead Space from their corpses, but Pandemic Studios don’t have that kind of luck. In fact, some might say The Saboteur got off lucky, considering the infamously awful decisions present in the Star Wars: Battlefront reboots.

A true tragedy, because even when The Saboteur is at its worst, it’s still able to stand toe-to-toe with the Assassin’s Creed's of the world. I’m sure getting 10 Gamerscore for kissing 50 women in a videogame version of war-torn France isn’t something you’ll tell your kids about, but that doesn’t really matter when you’re obliterating Nazis. Sure, you could visit every brothel in the game, but you can also launch yourself from the Eiffel Tower and land in a pool near a Nazi outpost to initiate a rough n’ tumble firefight.

The simpler pleasures in life. 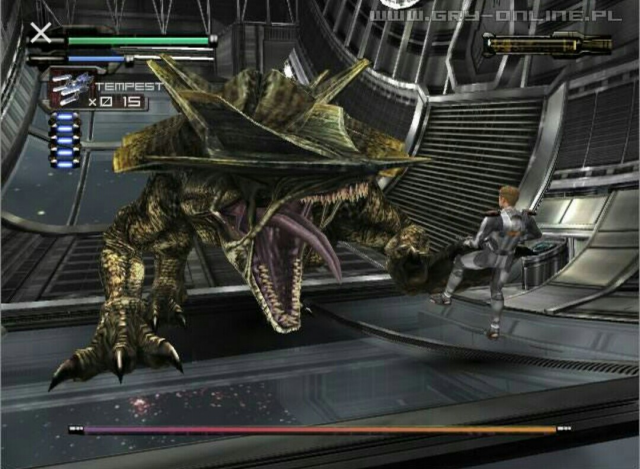 Ah, Dino Crisis, one of the many franchises people have been begging for Capcom to bring back to the masses ー in fact, you could probably fill this entire list with forgotten Capcom games that are ripe for a resurgence. Whether it’s Dino Crisis, Darkstalkers Resurrection, Capcom vs. SNK 2, Haunting Ground ー hell, even God Hand ー the demand is there. Dino Crisis 3 gets the pick though because… come on, it’s Dino Crisis 3.

While Dino Crisis 3 isn’t the strongest entry in the series, it’s still the same unfiltered joy of destroying mutant dinosaurs with futuristic weaponry, a joy which the current gaming landscape is sadly missing. Thankfully, Second Extinction on the Xbox Game Preview program looks to bring that style back, as well as Compound Fracture, which was shown in the 2021 Realms Deep Showcase. As it stands though, nothing beats a classic; Whether it’s Dino Crisis 1, 2 or 3, Capcom needs to bring it back. 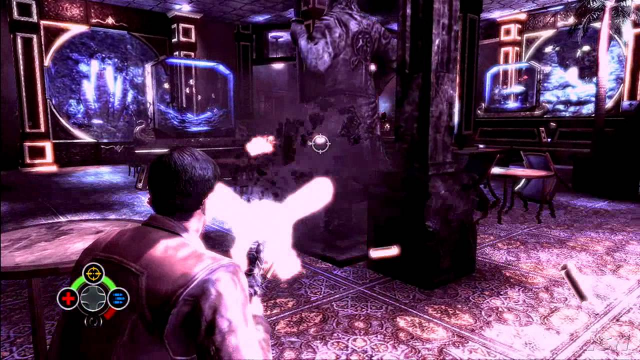 John Woo: A seminal filmmaker, a man responsible for influencing a plethora of media, from film to games... The roads that Hard-Boiled and Bullet in The Head paved have been walked by the likes of The Matrix and F.E.A.R., and the release of John Woo’s Stranglehold in 2007 was like the gates of heaven opening. Let loose the doves that fly by whenever Chow Yun-Fat is about to enter a gunfight, this was a cops & robbers scenario for the ages.

Stranglehold manages to escape the typical movie tie-in trappings by not having to adhere to any specific John Woo film, but instead the style he practically invented. Surprisingly smooth aiming for a console release, wire-fu without the wires, and a playground of contextual button presses that never intrudes. The likes of Drake of The 99 Dragons and WET wish they could have even a fraction of the style Stranglehold has. 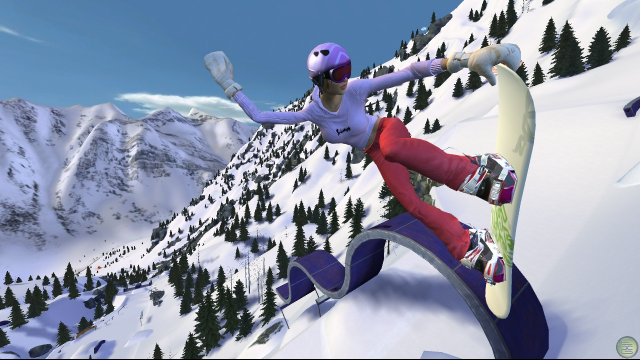 What Skate is to Tony Hawk's Pro Skater, SSX is to Amped. While SSX was focused on the speed, the scale, and the reckless nature of it all, Amped was more focused on the style, providing Pro Skater-esque button combos to execute back-breaking tricks. Amped 2 decided to push this angle further, allowing you to run down slopes not just with a snowboard, but with a skateboard hybrid that allowed you to initiate flip tricks and scarier grinds.

With Amped 3, the only route to go was full-on insanity, taking a Jackass route to its characters and gameplay. A product that seems almost prophetic in terms of internet shitposting and the vacuous content of memetic energy stored in one singular point of time, it also has great goofy gameplay. Do a 2160 Corkscrew Squirrel grab and then immediately jump on a sled to break every bone in your body, not unlike a certain “Hall of Meat” that would later be found in the Skate games. 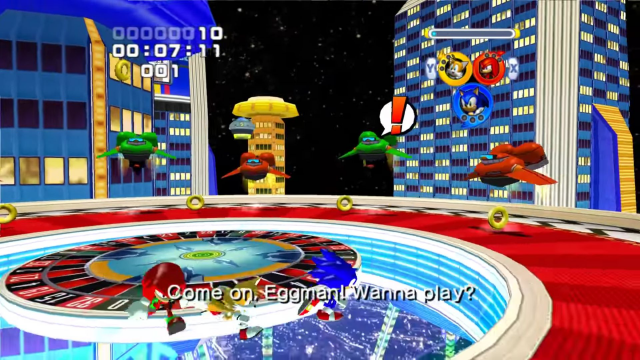 As time goes by, the nature of the Sonic The Hedgehog franchise ー along with the reverence and the scorn that precedes it ー only continues to baffle the average person. I mean, who would’ve thought that it would take 13 years before Sonic Unleashed would be in a playable state thanks to the FPS Boost feature on Xbox Series X|S? It’s these types of revisits that could only serve Sonic Heroes in a positive light.

This is another Sonic game that didn’t see the strongest of receptions at first, mostly due to the fact that no one wants to play as Charmy Bee any time soon. As time goes by, and as Sonic Forces continues to fester in average reception, it’s nice to remember that we’ve done a helluva lot worse since then. For every Sonic Mania, there are 100 Sonic The Hedgehog 4’s ready to rub out the memories of what Sonic once was.

With just how many games were released for the sixth and seventh generation of gaming, there’s bound to be some games that missed a chance to be on this list. I’m sure you’re also ready to recommend some yourself, so why not reveal your favourites? Who knows, you may be a comment away from a publisher seeing the demand for it.

That’s how Capcom is holding Dino Crisis hostage, after all.

The Saboteur is one that I've always meant to get around to...