As it was the school holidays here in the UK, as is our family tradition we planned a jaunt out to the beach. I decided that I needed to look into getting a power bank for my Switch Lite, as my daughter has one and I guessed she would be taking it with us so I purchased the Gulikit Detachable Back Mount Power Bank.

The back of the box shows how to attach the power bank to your Switch Lite. The box contained: a Power Bank, Back Mount Clip, Padding Plate and USB-C cable. Once I charged the power bank and attached the back mount clip I picked up my Switch Lite, and I ran it down to 26%. 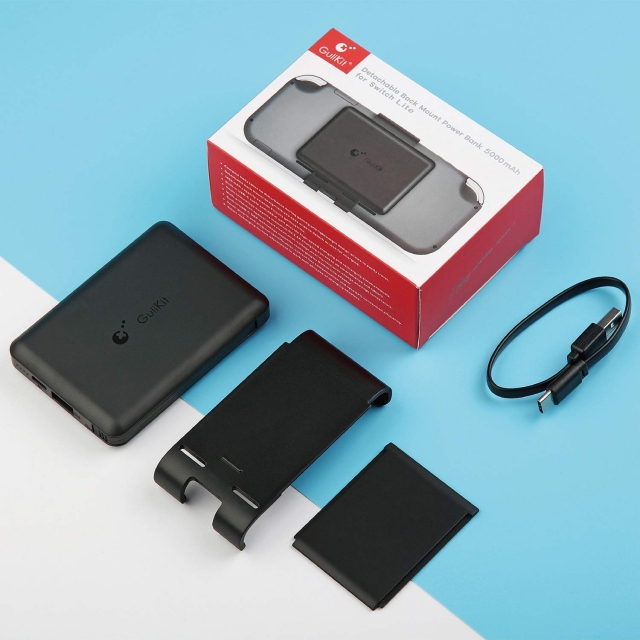 The short USB-C cable is already attached to the power bank, and is the ideal length to keep plugged in while you play. With the power bank attached to the back of the Switch Lite, it does make it slightly heavier, but not too heavy. After 45 minutes my console was charged to 63% and just over two hours it was fully charged.

What I did notice after using it is that the short cable doesn't sit flat against the power block the way it was when it first came out of the box. After time and use this could get a little worrying, because it will stick out if you keep it attached to the back of your Switch Lite and if you keep it in a bag you might catch the cable and pull it. However, at the moment it does sit somewhat close to the power bank as it should be. 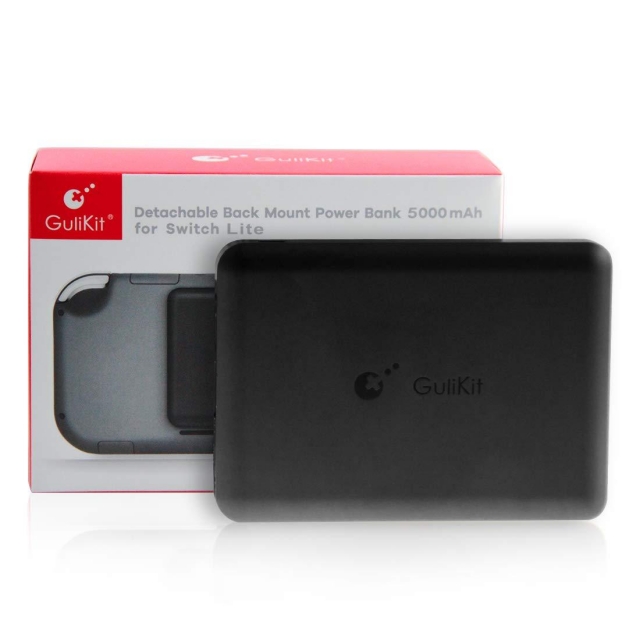 If you are looking to keep your Switch Lite charged on the go, then the Gulikit Detachable Back Mount Power Bank is an ideal item to buy, just remember to keep it charged up after use.

Perfect little gift for the Switch Lite, when running low just plug it in and carry on playing.