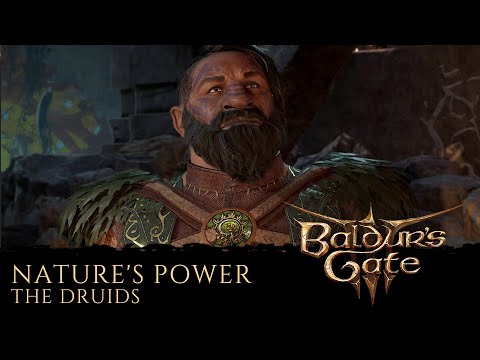 Details regarding the long-awaited Patch 4 for the Early Access RPG Baldur’s Gate 3 have been released. The patch is planned to add more content than the past three patches combined, with the biggest of which being the implementation of a new class.

Patch 4, titled ‘Nature’s Power’, will allow players to select the Druid class. This comes with its two main subclasses, as well as over 30 new spells and abilities for you to unleash. With this obviously, much of the first act will play out differently, with a lot of the content revolving around the actions at the Druid’s Grove, which will play out differently if you are a Druid yourself.

As well as Druid’s, Patch 4 also plans on bringing a plethora of bug fixes and quality-of-life updates to the game, with the highlights being optional loaded dice, to fix players being super lucky or unlucky with dice rolls, without digging away the core RNG element of Baldur’s Gate. Many cinematics and conversations have been reworked, and animations, especially at the Druid’s Grove, have been smoothed over to make the narrative as a whole feel more fluid. You will be able to target enemies & allies by selecting their portrait in the UI, rather than having to find them manually in the battlefield, and those playing multiplayer with their friends will be able to view and access each other’s character sheets and inventories. There is no lock feature for this —although one is planned—, meaning that they can theoretically take your things. But you trust your friends, don’t you?

Baldur’s Gate 3 is available on Steam Early Access, and Patch 4: Nature’s Power currently has no launch date, only stated as dropping ‘Very soon, when it’s ready’. Like previous patches, current saves will be incompatible with it, but Larian Studios will be adding a beta branch that players can access if they wish to keep playing on their current saves when the patch goes live.