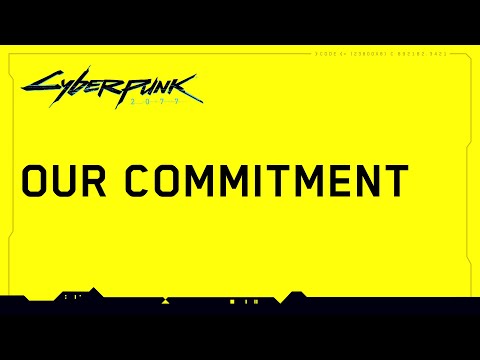 To call the launch of Cyberpunk 2077 a disaster would be a massive understatement. The bugs, glitches, and lies have tainted the prolific history CD Projekt Red which they have been building up for nearly 25 years. On 13th January, CD Projekt Red released a five minute video on their official channel which addresses their failure to make the game stable on launch and their commitment to make Cyberpunk 2077 the best game it can possibly be.

The apology video features Marcin Iwiński, the co-founder of CD Projekt Red, as he starts with a sincere apology to their fans. Marcin fully acknowledged that it was his and the board of directors' fault for releasing the game in a broken state on consoles and PC and that none of the game developers were at fault. “One of its founding principles was honest and direct communication with gamers,” Marcin explained the core values of CD Projekt Red. These values were not met with Cyberpunk 2077 and they promised to work hard to gain back their trust from their fans.

Marcin Iwiński then went on to discuss the internal struggles when developing Cyberpunk 2077. The game had a variety of systems built within it and they started the development of the game from PC and worked to recreate that experience on consoles.

"Cyberpunk 2077 is huge in scope, and I'm not only talking about quests or things you see at first glance. I'm talking about the multitude of custom objects, interacting systems, and mechanics. In the game, everything is not stretched out over flat terrain where we can make things less taxing hardware-wise, but condensed in one big city and in a relatively loading-free environment," Marcin explains.

Marcin goes on to explain that they underestimated the task of making the last-gen console versions. “As we got closer to the final release, we saw significant improvements each and every day, and we really believed we’d deliver in the final day zero update,” Marcin explains. Lastly, Marcin talked about CD Projekt Red’s future plans for Cyberpunk 2077 and even released their roadmap for future free content. Their priority will be stabilizing Cyberpunk 2077 for PC and console players. Their first big patch will be out in the next 10 days and there will be a big patch in February. They also plan for their free DLCs and next-gen upgrade to be available in the second half of 2021.

“We treat this entire situation very seriously and are working hard to make it right,” Marcin reassures. Throughout this entire apology, it is clear that CD Projekt Red is committed to making things right and improving the experience of Cyberpunk 2077. What all of this will amount to is unclear at the moment, but we are interested to see what CD Projekt Red has planned for the future.