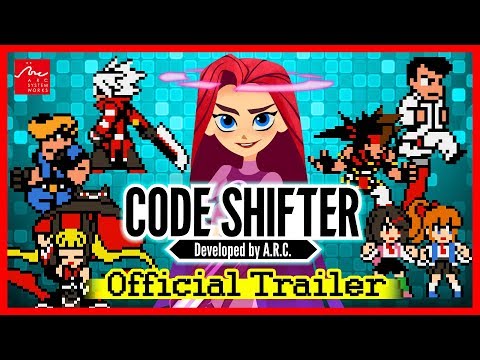 In Code Shifter, the recently announced platformer from Arc System Works, players will control Stella, a hard-working developer at the 'fictional' Awesome Rainbow Corp (ARC) game studio. Just before the studio's latest title is set to launch, an array of mysterious and unexplainable bugs appear out of nowhere. Out of desperation, Stella produces a solution: "Code Shifter", a debug programme that allows her virtual avatar (Sera) to enter the game and fight the bugs from the inside. With time running out and the game in dire need of a bug cleanup, Stella will have to fight tooth and nail to have it ready in time for launch. Does she have what it takes?

Code Shifter is a celebration of the developer's lengthy history: featuring 8-bit styled renditions of recognisable Arc System Work's characters and music tracks from franchises like BlazBlue, Guilty Gear and the River City series. As Stella progresses through her game, she'll encounter 100 of these characters and enlist their help in destroying the inexplicable bugs. On top of that, defeating bosses will also see the hero rewarded with brand-new costumes that come loaded with unique powers. 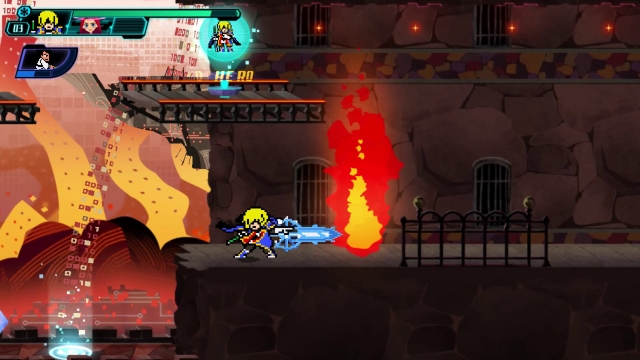 Players who find themselves tired of the platforming action (and maybe a little lonely) can jump into the "Colourful Fighters" bonus game mode. In this brawling mini-game, up to four players can battle it out and fight for domination. More characters can also be unlocked in the main story by replaying stages in "Ex" mode and defeating the CPU controlled opponents.

Code Shifter is an action-packed platformer and a celebration of Arc System Work's heritage. It's set to release Q1 of 2020 for PlayStation 4, Xbox One, PC and Nintendo Switch.