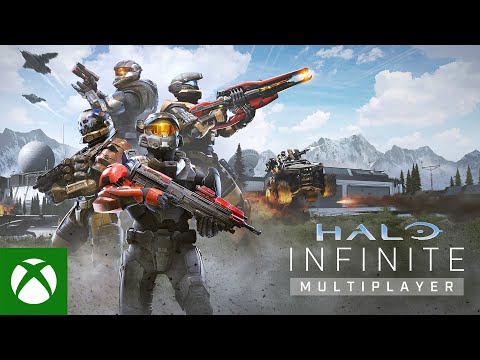 Xbox confirmed its next-generation Halo title, Halo Infinite. The head of 343 studios, Bonnie Ross and Creative Director Joseph Staten talk about the legacy of Xbox and Halo, as they both mark their 20th anniversaries respectively. For the first time ever across Xbox and PC, players will be able to play multiplayer with no barriers, as Halo Infinite’s multiplayer will be free to play at launch.

A brief clip was shown of the ‘Zeta Halo’ ring which was seen previously during the first look demo, followed by a new campaign cutscene showing off the next chapter of the MasterChief’s story. Chief is seen floating through space making his way to a space station while remembering the past but reassuring his comrade of the future. Not much is known apart from the fact that this will be Chief’s greatest challenge yet, as we see the unveiling of a new AI who you’d think is Cortana’s sister. Chief learns that Cortana has been deleted mysteriously following her rampancy from the last game. The cutscene ends with this new AI joining the Chief just like Cortana used to.

Microsoft finished the announcement by debuting a first look at multiplayer which will get fans hyped up. It looks like classic Halo with a load of fun new stuff added, such as new vehicles and the grappling hook. But no announcement was made about when the game was going to be released this year.

Halo Infinite is coming this 'Holiday 2021' to Xbox Game Pass as a Day One launch and on Xbox Series S|X, Xbox One and PC.

12 Games of Christmas - Days One to Six

It's a really smart move making the multiplayer free for everyone.