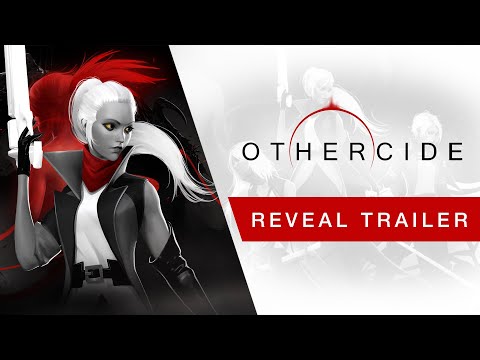 The reveal trailer for Lightbulb Crew's upcoming turn-based strategy title is, ironically, shrouded almost entirely in an inky darkness. Othercide has players embodying 'Mother', a mysterious figure who has full control of her army of Daughters as they battle the Others and the Suffering, transdimensional manifestations of "humanity's worst crimes against itself".

With a 'Dynamic Timeline' combat system, Othercide lets skilled players act well in advance of their foes: chaining together series of moves, interrupting an opponent's attacks and mastering the battlefield in an "intricate dance of spectacular actions and counters". The time-bending nature of combat ties into the game's story too, as Othercide's surreal, stylised world appears as a reflection of humanity's entire history and that of its protagonist.

The Daughters are the ever-evolving footsoldiers of the game's combat system. Throughout the story, they'll be shaped, scarred and strengthened by each successive enemy encounter, or else perish in the ethereal streets of 'the City'. Players have control in customising their army of Daughters; in addition, the option is always available to sacrifice one to heal and empower the others.

Check out Othercide's intriguingly grim atmosphere in its reveal trailer and stay alert for more updates on the game as it nears its release date.

Othercide is set to release summer 2020 for PlayStation 4, Xbox One and PC.