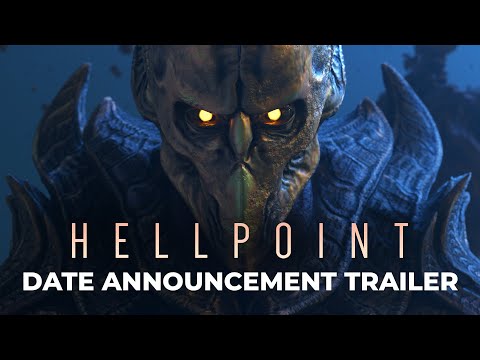 Hellpoint is a Demonic Sci-Fi Nightmare Come to Life

In the latest trailer for Cradle Games' Hellpoint, the hellish action RPG receives a release date of 16th April 2020 for Xbox One, PlayStation 4, PC and Nintendo Switch.

Despite being light on details, the trailer is still soaked in atmosphere and doesn't shy away from showing off the horrific sci-fi/occult imagery of Irid Novo, the game's demon-overrun space station setting.

What was once a beacon of technological achievement for humanity has been infested with interdimensional forces: puppets of "cosmic gods". Players, as an organically printed being, must explore the station's massive, interconnected environment and solve the mysteries of the demonic "merge" event.

Irid Novo is stuck in orbit around a black hole too, which will add a dynamic and unpredictable element to the game's world: bosses, events and modified enemies can appear anywhere, at any time. Players will need to be ready for something unexpected around any given corner.

With countless enemies to encounter; dozens of weapon and armour combinations; and a non-linear world full of secrets and hidden zones, Hellpoint is an ambitious action title that looks to hit the 'Dark Souls spot' in both gameplay mechanics and atmosphere.

Hellpoint releases on Xbox One, PC, PlayStation 4 and Nintendo Switch on 16th April 2020.