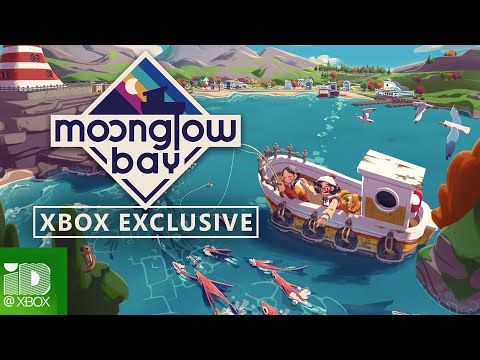 Today on ID@Xbox Showcase during an interview with the developer Bunnyhug we learned some details about the upcoming Moonglow Bay. Described by the developers as Fishing RPG Slice Of Life set in a fictional coastal town of 1980s Canada with Ponyo by Studio Ghibli, Animal Crossing and Harvest Moon cited as some of the inspirations.

Before the start of the game the protagonist moves into the town intent to retire running a fishing shack but their partner goes off on an adventure and never comes back. With the help of your daughter you try to run your business as you explore the world trying to figure out what happened to your partner and also try to help the rest of the town with its problems.

The focus of the game is on a core loop of fishing, cooking fish and selling them with other elements like exploration, friendship system and lore weaved in. You are able to find over 100 types of fish which require different fishing methods. The fish keep getting stranger as you follow the town’s rich lore and reach unusual biomes on the sea. The game is primarily single-player but also features couch co-op.