The new “MM-Mei” legendary skin in Overwatch is available for 200 league tokens up until the 11th of May, and is said to be inspired by the “intensity and distinctive fashion of mixed martial arts”. The Blizzard team also state that due to this being the first tournament of the year they wished to encapsulate the competitive edge that MMA hosts while utilising the pun that fans so aptly used before; “May-Mei”. However, this has upset many players due to the cornrows being a typically black hairstyle.

Despite a vast arsenal of characters in the Overwatch roster, there have been zero black female characters in the game. Of course, this is soon to change in Overwatch 2 with the introduction of Sojourn, the Canadian railgun user, revealed in the initial trailer. Regardless of the future addition of a female black character, the cultural implications from the new Mei skin, right now, have definitely sparked negativity.

Overwatch: Top 5 Maps According to Me

Overwatch Anniversary 2020: Revisit the Old and Earn Something New 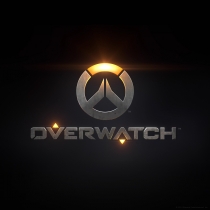