Mr Love: Queen’s Choice, a mobile romance gacha game made by Chinese companies Elex and Papergames, announced early Friday, the 4th of June through Facebook the controversial decision to fire voice actor Jonah Scott after Scott had made a now-deleted tweet on the status of Taiwan as a country. Scott had replaced voice actor Ben Diskin as the role of Victor in May for unknown reasons.

“Good morning! Taiwan is a country,” Scott said in a tweet on June 2. Hours later, Scott tweeted again, this time referring to the controversy the tweet would cause. “Oof. Might get bumpy here for a bit, gang. Hold fast.”

“We are sorry to inform all players that Jonah Scott recently has released an online statement containing incorrect facts which we do not agree with, as a result, after careful considerations, Mr Love: Queen's Choice has decided to end the contract with Jonah Scott,” a now-deleted post on the Mr Love: Queen’s Choice official Facebook read on June 4. The post also explained that all voiced content made by Scott for the character Victor would be deleted from the game and eventually remade.

Backlash followed the post from both the games’ fans and English voice actors. “Effective immediately, I refuse any future offers to reprise as Kiro in #MLQC until/unless Jonah Scott is allowed to return as Victor,” said Sean Chiplock, who voices the character Kiro, in a series of tweets. “The agreements we sign throughout our careers cover a large number of reasonable accommodations: not leaking confidential info, not disparaging the project, and others. Punishing talent because of political interference by your benefactors isn't one of those reasonable demands.”

Voice actor Joe Zieja, who plays Gavin in Mr Love: Queen’s Choice, made a similar statement. “Effective immediately, I will not be reprising my role as Gavin for Mr Love Queen's Choice unless Jonah is reinstated as Victor,” said Zieja. “I will not be party to the censorship and strong-arming of my fellow actors for stating a Google-able fact, and one that is totally unrelated to the terms of our employment.”

Following the backlash, the Mr Love: Queen’s Choice official Facebook deleted the original announcement post and replaced it with a less detailed statement. “All voiced content by the current voice actor of Victor will become unavailable due to the termination of our cooperation,” said the post, giving no other information on the situation aside from the announcement of five hundred gems for players as compensation for a “bad gaming experience.”

Since the tweet, Scott has publicly apologised via Twitter. “I didn't wish to make divisive opinions on important political topics so brashly, so sorry. I also want to apologize to my colleagues and partners that might have been affected.”

As of the 5th June, Mr Love: Queen’s Choice has deleted its official English Discord server.

Mr Love: Queen’s Choice is available for download on iOS and Android systems.

It's always good to take a stand. 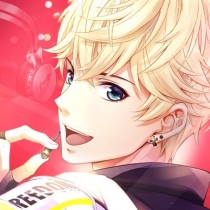