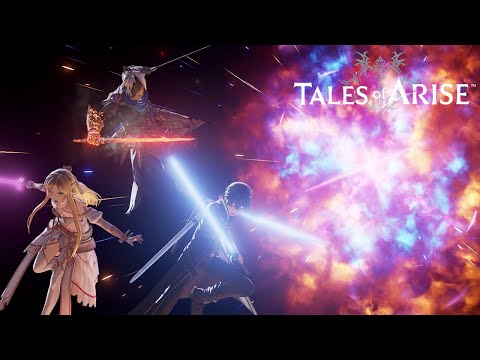 The wildly successful Tales of Arise gets new content in the form of collaboration content in tandem with Sword Art Online: Alicization Lycoris, as well as two new difficulty modes.

Players can also take a more relaxed approach to the game in the new "Very Easy" mode, which is now the easiest difficulty on offer and aimed at players who prefer the non-combat aspects. For grizzled veterans, the new "Unknown" mode ramps up the challenge to the max and is classed as the hardest difficulty. The two difficulty modes are both free to all players as soon as the game patch is up-to-date.

Tales of Arise is available on PlayStation 4, PlayStation 5, Xbox One, Xbox Series X|S, and PC. The Sword Art Online: Alicization Lycoris collaboration pack can be bought through digital storefronts such as the EP!C webpage and the Steam store.