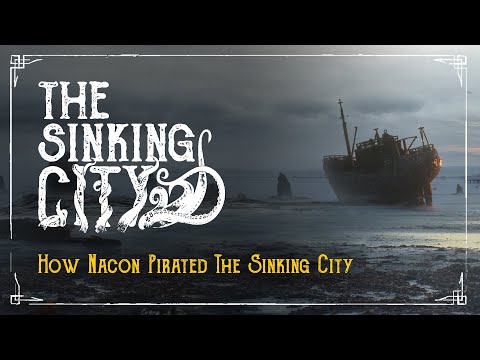 The Sinking City Developer Says Don't Buy it on Steam

After the re-upload of the adventure-mystery title The Sinking City, developers Frogwares has released a blog post and an extensive video, detailing how publisher Nacon messed with the game’s source code and breached their contract —not for the first time— in an attempt to get the game on Steam.

Following the games removal from the storefront in August 2020, and after a failed attempt of getting the game back on Steam in late December 2020, Nacon seems to have succeeded this time around. In the process, they have manipulated the game’s source code, taking it upon themselves to remove logos accrediting Gamesplanet, a Frogwares license, and replacing them with their own logos, as well as removing an advertisement for Frogwares’ upcoming Sherlock Holmes Chapter One, and a ‘More Games’ tab which lead to other Frogwares titles.

This isn’t the first problem with publishers that Frogwares have faced; in late September 2019, they had a similar experience involving pulling their games from storefronts during a dispute with Focus Home Interactive regarding the rights to their Sherlock Holmes games that resulted in the whole series getting pulled from Steam.

The full explanation of what Nacon did —and how— is explained in detail in the above video. Nacon have since published a response via the games’ Steam page, claiming that everything they did was within the contract that was agreed upon. Frogwares appear to be taking the matter seriously, with the issue destined to be ultimately resolved in court within ‘the next few months or even years.’ Frogwares have implored fans who wish to get the game to seek alternate providers, namely Gamesplanet or Origin.

Frogwares Official Statement Regarding The Sinking City Being Delisted from Multiple Stores.

Development on The Sinking City is Going Swimmingly