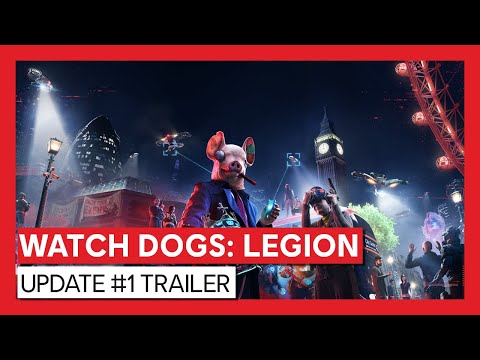 For those owners of Watch Dogs: Legion's Season Pass who were wondering when they would be getting those promised special characters, the wait is over. Called Update #1, the latest update brings all-new content in the shape of the first playable "hero" Mina Sidhu.

Once a test subject, Mina Sidhu now wields the power of mind control and can take full control of an enemy with her Mind Control Device, the OMNI Optik. She is also equipped with a Mental Blast that can disrupt nearby enemies.

There are also two new operative professions: the DJ & the First Responder, all playable in single-player as well as online. What's more, there are new abilities: Pickpocket, Second Wind, Wanted, Hoarder & Stuntman.

You can find out more about the update in the trailer above, as well as details on the new single-player mission, and online co-op missions.

Ubisoft have also teased more incoming content, including new PvP online modes for all players. Season Pass owners will be getting the Bloodline storyline in late June, which will bring in Aiden Pearce and Wrench, which voice actor Shawn Baichoo talked to us about in our GrinCast podcast a few weeks ago.

The GrinCast Episode 296 - Chose Me To Take A Risk With