Win an Amazon Tablet Thanks to Poki in our Giveaway

What does gaming mean to you? Depending on who you ask, this question will have some pretty significantly different answers. For some, gaming is a respite, a chance to escape from the humdrum mundanity of everyday life. For others, it’s a passion, a way to prove themselves to an otherwise indifferent world and a method for improving their skills and hand-eye coordination. Gaming has a different meaning to everyone who enjoys the hobby, but there are certain things we all share in common.

It is, for example, pretty difficult to find someone who would argue with the concept of free videogames. We’re always looking for more ways to get our kicks out of the hobby without spending any money at all, and it’s websites like Poki.com that allow us to do just that. Poki bills itself as an “online playground for kids of all ages”, but we’re adults and we had fun with it, so even if you’re just a child at heart you’ll find plenty to love among its massive gaming library. Poki is best known from its exclusive web games Subway Surfers, Crossy Road and these other popular games.

We’ve teamed up with the good Poki folks for a giveaway, which is one of the reasons (but not the only one) we’re telling you about the site today. We’ll bring you more on that later, but first, let us tell you why Poki is awesome. Remember those days you whiled away playing browser games while you should have been doing homework? Remember trying to surreptitiously hide gaming browser windows from teachers’ eagle eyes? Poki is a glorious return to the gaming values of those days. 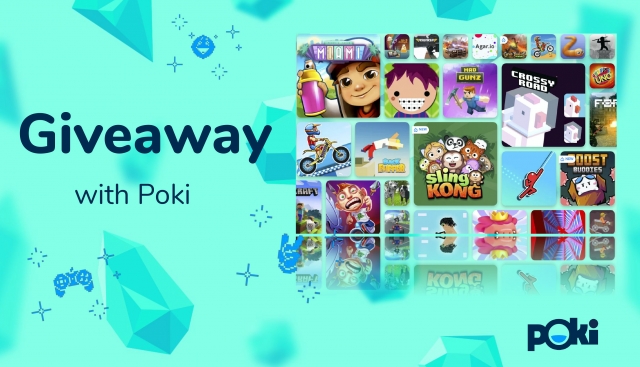 What that essentially means is hundreds upon hundreds of games, some of which you might know from the mobile gaming space. Poki transposes those games to a desktop environment, allowing you to play with a good old-fashioned keyboard and mouse. It’s not just desktop, though; many of Poki’s games can be enjoyed on several different devices, so whether you’re wanting to kill time at the bus stop or settle down for a serious session, Poki can provide.

It’s a truly cosmopolitan site, too. Poki caters for users in many different languages, meaning that you can enjoy their library no matter where you happen to be. There’s a very good reason Poki welcomes over 30 million visitors to its website each month, and that reason is this: it’s just fun. No strings attached, no triple-A microtransaction-bloated monstrosities. Instead, it’s just you, some time to kill, and some of the most enjoyably simple and straightforward games we’ve ever played.

Okay, so we’ve sold you on Poki by now (don’t worry, we’re gearing up for the giveaway, but we’ve got to save something for the big finale.) You’re raring to go, but you’re looking for somewhere to start, something to introduce you to the wonderful world of Poki. We’d like to suggest Gametornado’s magnum opus, Death Chase. This studio is responsible for gleeful destruction sims like Rio Rex and London Rex, as well as the delightfully violent Short Life and Short Ride. If you’d like to give it a go before we start waxing lyrical, by all means, play Death Chase on web and then read on. 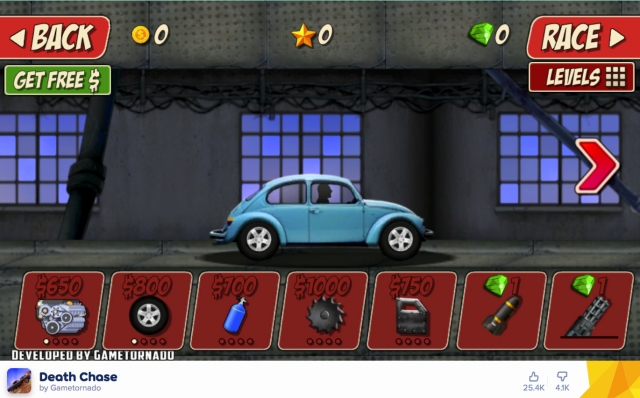 The premise of Death Chase is refreshingly simple. You are a nameless, faceless driver in a nameless, faceless car. Other drivers are trying to compete with you to be the first across the finish line in a series of levels strewn with hazards and obstacles. You’d rather you were the one to take first place, so you must drive like you’ve never driven before in order to thwart your rivals and take the coveted first-place trophy. It doesn’t get much simpler than that.

Of course, there’s more to the game than we’ve let on. Death Chase isn’t just a racing game; it’s a violent, explosive racing game that sees you leaping on other drivers’ cars, blasting them away with an array of colourful weaponry, and generally being very nasty indeed in order to secure victory. Hey, the game is called Death Chase, after all. You likely weren’t expecting a purist Gran Turismo-style experience from that, right?

Death Chase is a single-player game, which is a bit of a shame as we’d love to see the havoc and friendship ruination of a multiplayer mode. Still, the single-player is more than fun and cathartic enough to carry the whole game, so we’re not complaining. Each race lasts around two or three minutes, which makes the game perfect for short blasts (although we’d like to see anyone play this game and not become immediately addicted as we were).

As you play, you’ll be rewarded for pulling off cool stunts like somersaults, as well as sticking the perfect landing as you come down from a particularly vertiginous jump. You’ll also score points and money for destroying opponents’ cars. Money can be used to improve your vehicle, giving you the edge in future races. You can also add weaponry to your car, which feels ludicrously unfair until the AI starts ramping up in later maps and you’ll do anything to destroy their stupid smug grinning grilles. 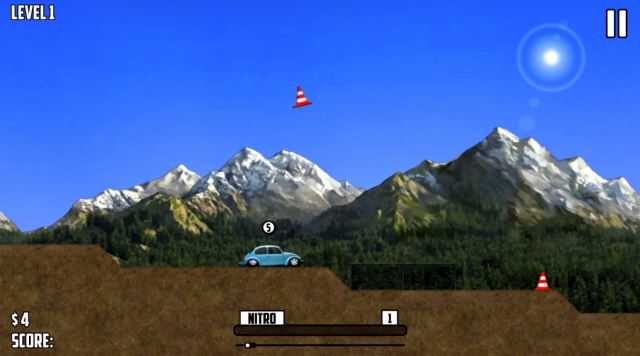 All in all, Death Chase is the perfect way to introduce yourself to Poki and let this website into your heart (we might be laying it on a tad thick now). We’ve been teasing you for long enough, though - let’s get to the giveaway. We’ve teamed up with Poki to offer you all the chance to win a lovely 32GB Amazon Fire HD 8 tablet in black. These things get some pretty solid reviews, so adding it to your tech arsenal will bring you nothing but joy. You can even play Poki games on them! Result, no?

Entering for a chance to win couldn’t be simpler. All you need to do is enter using the Gleam widget and you’ll be in with a chance of scoring your very own Amazon Fire HD 8. While you’re waiting to see if you’ve won, here’s a question for you: what would you add to Death Chase to put the psychotic cherry on the explosive cake?

Win an Amazon Tablet with GameGrin and Poki!