It wasn’t a great sign when I loaded up the game and found they hadn’t implemented a tutorial yet - I knew it was still in beta but I expected that much. Instead I had a link to the manual and no prior knowledge of how card games worked. All of my experience was with seeing Pokémon cards and watching Yu-Gi-Oh! Abridged. Luckily however, a recent update brought in a tutorial, which made a lot more sense than all the static words could ever hope to.

Hex started life as a Kickstarter campaign - obviously a successfully funded one. A self-proclaimed trading card game - so something I wished to experience. I’m glad I did, because Hex is quite fun. It’s primarily a multiplayer experience, which of course means microtransactions.

The currencies are gold and platinum, the latter of which is the premium one. You use platinum to buy booster packs, which obviously gives you cards faster than taking the time to win them playing against the AI opponents. You can also pay monthly to become a VIP which has a weekly booster pack in the price, as well as exclusive tournaments. 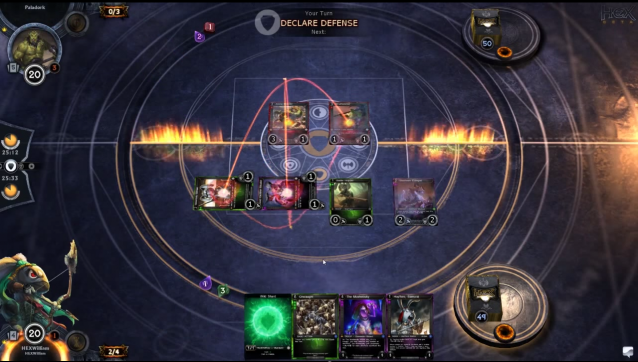 In the code so far, the Profile and Campaign mode are locked, but the rest is basically finished. You play against other real people, either via random matchup or by choosing an opponent that is waiting for a match. Both the AI and PvP matches play the same though, obviously apart from being able to message in the chat box to each other and the AI occasionally being faster than a person.

You have a match-deck of 60 random cards from your built-deck - which you can put however many you want into, using the deck builder. You draw a hand of seven, then another one every turn, even if you don’t use any. You need to put down resource cards to be able to place any cards on the middle battlefield, but if your initial hand doesn’t have any resource cards, you can pick a new hand with one less card.

Once you have resources, you can play cards to attack the enemy and defend you. You and your opponent have 20HP, so you need to make sure you keep it and take theirs to win. Unlike Yu-Gi-Oh, you don’t have the option of attacking the opponents cards unless you use an action card - which can be used at any point. The only way to destroy their cards is to defend your champion (your avatar in the game) during their attacks, using a card with a stronger attack than they have defence. Otherwise you just block it, or worse lose your own card. 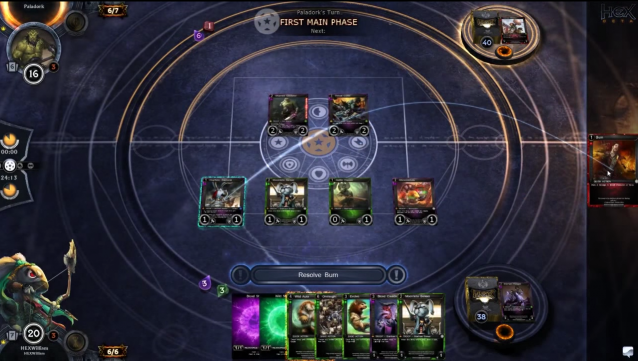 It sounds simple, as most card games did to me before this, but with action cards and a power your champion can use when it’s charged, there is much more strategy than I had first assumed. Yes, your cards need to be stronger than theirs, but if you can use an action card and make it so they can’t block or attack, then it’s like they don’t even have the cards there!

Of course, my main drawback at this stage is the lack of a storyline. A minor gripe, but I play games for the storylines more than the gameplay. Of course it will be implemented at some point, as there is already a globe you can have a good look at. It shows the continents and a giant volcano where the final battle will likely take place.

The only other aspect of the game is the auction house, where the real ‘trading’ part of “trading card game” comes in. It’s fairly simple to put your cards up for sale, setting the price in platinum, and extra simple to bid on cards, or buy them outright. This is probably one of the first features the developers focussed on after the matches, as you will probably need to use it to collect all of the cards.

For now, Hex is a fun card game to play against random people. Once the campaign is done, it could be a great one. Creating decks is easy, playing takes skill and you spend the whole time looking at very good art. 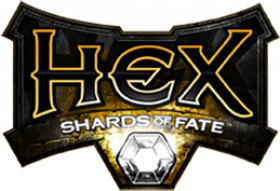