For millennia a mysterious island named Aeternum has been the source of numerous rumours and myths and now you have found it in the most interesting of ways. Sailed right into it and smashed your ship to bits. Great.

Amazon Games Studio have been beavering away at New World for a while now, and the work is paying off! With the closed beta from the 20th of July until the 2nd of August with the game going live on the 31st of August.

During a press event on the 8th of July I was lucky enough to have a poke around the wonderful world of Aeternum and have some interaction with the wonderful humans behind the game.

The game is set at the end of the age of exploration; conquistadors, pirates and so on abound and you, you poor schmuck, end up signing on with a crew to go explore this new island, shove a flag in it and claim it for King, country and whatever else you can think of.

These being the days of not very good maps and fairly bad navigators, you managed to get caught up in a storm, slam your ship into some rocks, and wake up in tattered clothing on a beach that is a distinct shade of yuck. However, there’s a lovely looking ships graveyard and your captain lying against a rock looking not at all well. 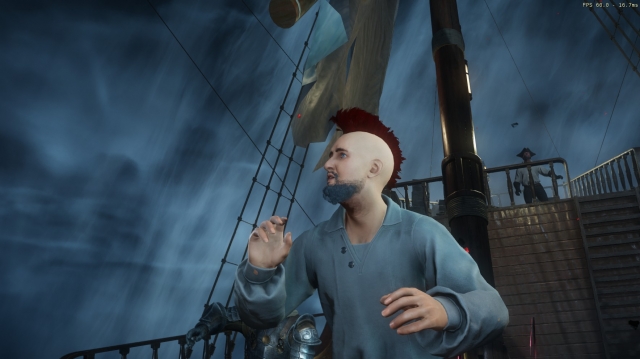 That sky doesn't look too friendly

Once you’ve walked up to said captain you’ll get jumped by a very dead looking gentleman and be walked through a very helpful little tutorial in melee combat. I said “very dead” about your protagonist for good reason as one of the things that makes the island of Aeternum so special is the dead don’t often stay that way thanks to the magical power flowing through the place.

In the press event, we ran through the start of one of three available factions, the Covenant. The Covenant are a bunch of religious loonies who have decided to purge the island of heretics, defilers and people of low character so that its holy nature can flourish and justice be restored to the Island. The other two factions are the Marauders, a bunch of military types who want to establish a free nation in which everyone gets to live out a 17th century version of the American dream of just getting by. Finally we have the Syndicate, a bunch of sneaky gits who want to bring on a new age of enlightenment through their search for forbidden knowledge.

The interplay between these three factions will be a central part of the PvP in Aeternum, player guilds called Companies will be able to take on missions to vie for control of various territories throughout the island. These missions, be they PvP or PvE, will result in faction currency that allows players to purchase faction specific equipment and items.

Participating in the missions reinforces or undermines a faction's influence in a territory on the island depending on whether that faction already has control or wants to steal it. Once influence is sufficiently undermined, a declaration of war can be made by the attacking faction and a territory war takes place.

PvP isn’t the only side to the game though, and it’s perfectly possible to take place in none of it at all (apart from crafting supplies for the war effort) and PvE players can get their fight on protecting forts from invasions approximately every four days. 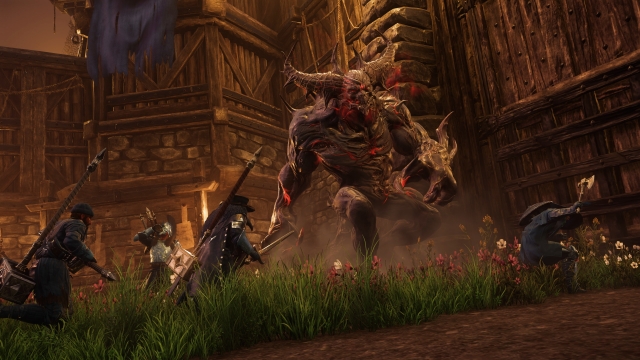 Add to that the Expeditions, which are the three-to-five-man instanced dungeons, and you will find yourself up to your neck in a lot of fun battling the Corruption, exposing the Angry Earth’s motives, revealing the deeper motives behind the Lost and uncovering secrets of the original inhabitants of the island known only as the Guardians.

The closed beta will no doubt have more fun things to find out about including player housing and if you want a shot at it you still have time! For a guaranteed slot in the beta, pre-order the game on Steam or via Amazon or if you want to roll the digital dice you can sign up at the official website. 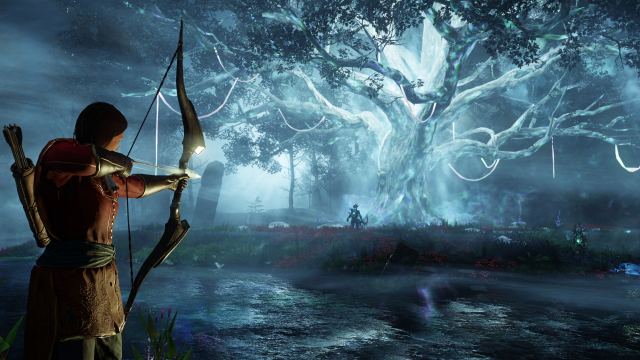 That's what you get for calling me Legolas!