One of my favourite shows of my childhood was the classic radio-controlled combat gameshow Robot Wars. This, for those not familiar, was a show about robots fighting each other. By robots, it essentially meant highly armoured radio-controlled vehicles with weapons attached, rather than the bipedal androids of science fiction. Presented by Craig Charles, it was a Friday night staple for me and I used to love watching people take expensive machinery and smash the crap out of other people’s expensive machinery.

There have been a number of attempts to capture the magic of that TV show in a computer game, but most have fallen short. The few official games that were released turned out to be low budget affairs that just didn’t come up to scratch. Bugs and limited gameplay modes stopped there from ever being a game that really did the show justice. That’s set to change however as Prospect Games is set to release Robot Champions in 2020. 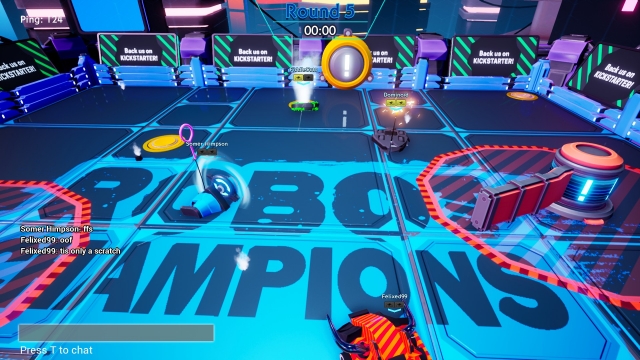 The game follows the arena battle of its televisual inspiration closely, with a selection of robots competing for supremacy. The default arena looks an awful lot like a shinier version on the one that featured in Robot Wars, and a few of the robots seem to have a lot in common with some of the popular robots on the show. Your task, as in the TV show, is to be the last robot left standing. You can do this by either smashing the other robots into scrap metal, or by pushing them out of the arena. But this isn’t just a carbon copy of an old TV show, there’s a lot more to it than that.

Whilst it’s obvious where the bulk of the inspiration comes from, there’s a lot of new touches that make this game stand out. The walls slowly disintegrate as robots bash into them, leaving vulnerable spots to shove people off. There is also a quick boost mechanic, allowing you to shunt your robot forward in a flurry of light in order to give people a sharp nudge out of the arena. This does mean that most battles are won by knocking robots out of the arena at the moment rather than fully destroying opponents, but it also results in games that are quick and frenetic. 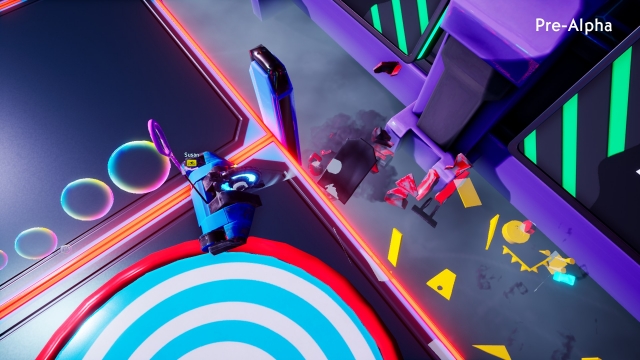 There’s no single player mode at the moment, but that is due to come. What is here in the early build that I played is a slick and smooth multiplayer battle mode. Sadly, there are only so many people playing online at the moment as the game is in early alpha, but as it picks up momentum, I honestly feel that this is a game that has the potential to be the next Rocket League. You can play against bots or locally though and for me it’s the local play that is the most fun at the moment. This is a game that comes into its own when you have a few friends on the sofa to shout at when they send your robotic creation into oblivion.

With colourful neon graphics and a chugging rock soundtrack, Robot Champions has the look of a very polished title already, despite being quite early on in development. The game is due for a release on Steam Early Access, with the possibility of console ports being considered but not yet confirmed. There’s an alpha demo on Steam at the moment, so if you were a child of the ‘90s eager to relive that era, then you could do a lot worse than downloading it. 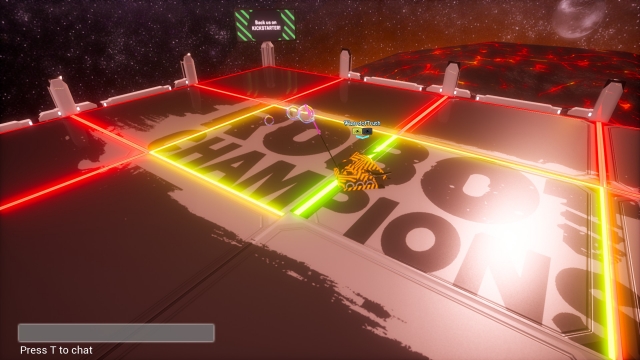