You can play as a talking dog. Game Of The Year for sure!

Ok, for real this time: 6Souls is a 2D pixel-art platforming adventure, which follows the adventure of Jack and Butch. Following a mysterious map they arrive at Clifford Castle, where they find themselves fighting against the minions of a shady sorcerer and unravelling the secrets of the Clifford family’s disappearance. 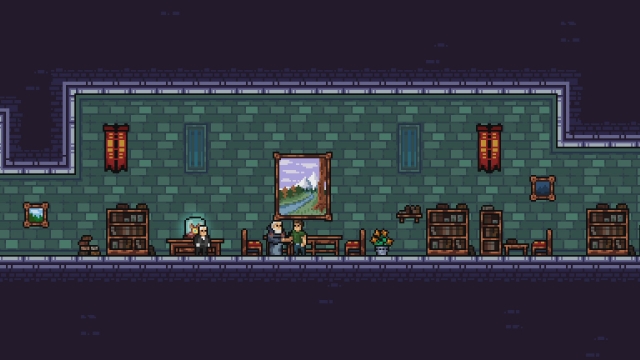 The writing has some funny sections, especially near the start, but is otherwise nothing really all that special. It does get fairly repetitive throughout the middling sections, but becomes more interesting again towards the end. The voices are just gibberish, although each character does at least have their own distinct tone; I personally found these to be somewhat annoying, but luckily it wasn’t an overwhelmingly negative aspect.

The gameplay is mostly platforming. There is a little exploring you can do, but finding all of the collectibles isn’t a hard task, with most of them being barely off the beaten path. The platforming also isn’t too difficult at the start, but can quickly ramp up once you unlock more skills. Some sections seemed to require particularly precise button presses to get through without dying, but on the whole things weren’t too bad.

As stated in the first line, you are able to play as Butch too! This isn’t a choice you make, but rather you need to switch between the two characters to get through the various levels. Butch’s moveset is much more limited at a simple double jump, and he cannot attack. However, he can bark, and surely that makes up for his lacking abilities. Woof! 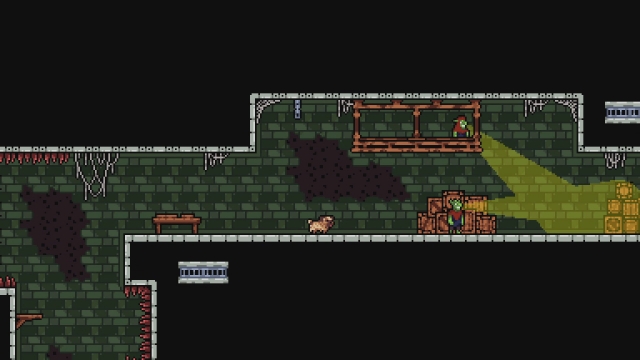 The combat is relatively simple, and definitely not a focus. You can guard, attack with a sword, and shoot a bow, with the weapon styles depending on what point in the game you are at. Alternatively, you are also free to ignore most enemies outside of bosses; there is absolutely no need to kill anything in the game that doesn’t have a boss HP bar.

Speaking of the bosses, they all have wildly varying tactics that get you to utilise everything you’ve learned up until that point. Each boss defeated also gives you one Boost charge, which allows you to catapult yourself at speed in the direction you’re aiming the move keys (regardless of the current direction of travel).

There is compatibility for both keyboard and controller; however, the keyboard inputs felt weird to me so I decided to play through on the controller. Unfortunately, at the time of writing you cannot rebind any controls, no matter what inputs you are using. The controller at least felt pretty intuitive, although the sensitivity on what was considered a diagonal movement got me killed far too often for my liking when Boosting. 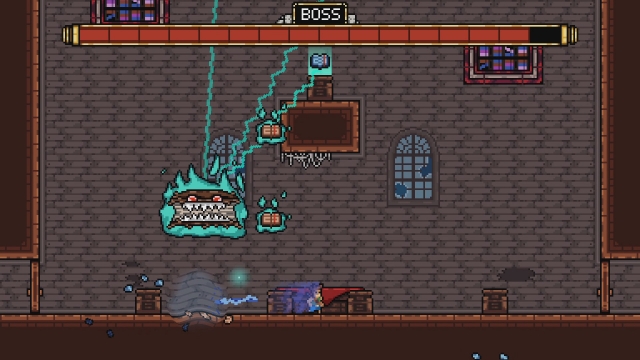 Once you beat 6Souls on Classic Mode, you unlock Adventure Mode. This is basically the hard mode; there are more levels in each chapter, bosses are tougher, and you also drop to just one single hit point, meaning that if you take any damage at all you will need to restart the level. Levels in both modes aren’t too long however, and once you learn the routes through you should be able to beat most of them within a couple of minutes.

As mentioned previously, the graphics are pixel-style, but everything looks decent within that style. That said, the resting animations are bizarrely exaggerated, with the characters moving their entire bodies just to breathe! There is a lot of variety within the levels, so things don’t really end up feeling too repetitive.

Every chapter has its own music, and all of it has a gloriously retro chiptune style; I found myself getting into the groove and tapping my foot on more than one occasion. The audio doesn’t break between levels — aside from cutscenes and bosses, which have their own tracks — but the track loops are reasonably lengthy, I’d estimate a good couple of minutes at least, with variance along the entirety of them. As a result, you won’t find yourself bored of the audio all too much. 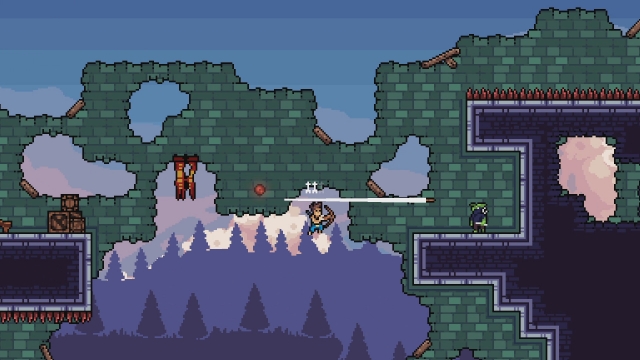 The downside of the audio is the various sound effects; the previously mentioned “voices” are mixed in with general sound effects and ambience. Luckily, the music tracks are on a separate volume control, and the sound effects can be slightly obnoxious anyway (seriously, whose footsteps are THAT loud?!) so lowering their volume isn’t the worst idea in the first place.

6Souls is a fun experience from start to finish. The final boss fight was something I particularly enjoyed the idea of, and the ending left me feeling satisfied. The entire thing was fairly short — I clocked a little over two hours for Classic Mode — but at the same time, it felt complete. If the genres are to your taste, I would definitely recommend picking this up and joining Butch in his search for bones. I mean, Jack and Butch on their quest!

A short but fun platforming experience. Explore a castle; fight goblins; even play as a dog that collects bacon! There are a few flaws in certain areas, but as a whole this is a fine game.