Abyss: The Wraiths of Eden Review

By this point, I’d say it’s accepted that Artifex Mundi is the biggest provider of point-and-click adventure games on Xbox. While this may not be the most requested genre, I appreciate the fact that there are plenty of titles available from it. This time around, I’ve played Abyss: The Wraiths of Eden and am here to report my findings. As far as I know, this entry is not a sequel or prequel to any other Artifex Mundi game. 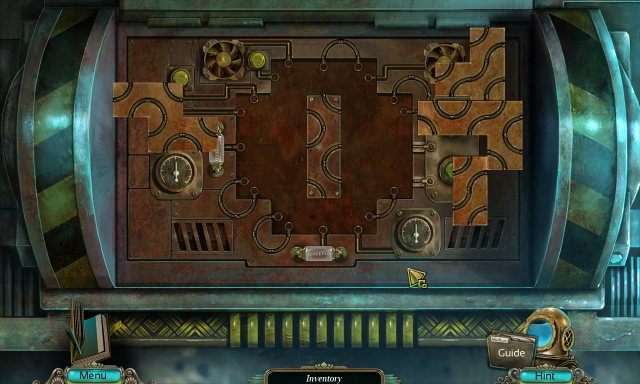 Because of this, the story is wholly unique and takes place in an environment I’ve never experienced in one of these games before. Unfortunately, I can’t say I was terribly drawn in by the narrative or the involved characters. This is mostly due to how Artifex Mundi handles the story of these games as if it is just an add-on to the puzzle solving and other gameplay sections. The tales told by these games normally fall fairly flat due to a sheer lack of nuance.

Everything is always spelled out in big neon lights instead of hinted at or made mysterious in any way. Although this has always been an issue with these games, Abyss seems to be a little worse about it. I can’t even say I remember the opening to the game as all I needed to know was that I’m underwater, I’m looking for a diver named Robert, and there’s a deep sea ghostly looking goon. Since the characters aren’t given any room to really grow or show that they know what human emotions are, they aren’t memorable and I can say that this is one of those games I’ll beat and then completely forget the story of. 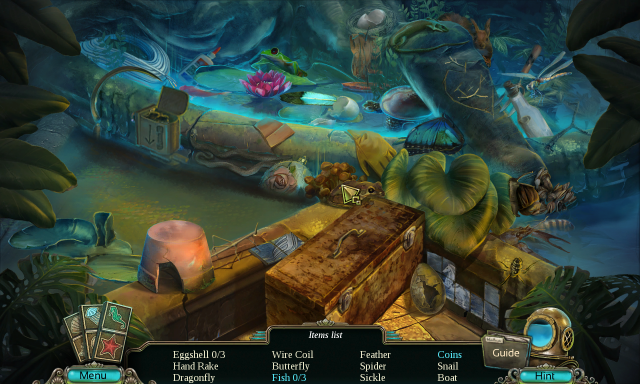 Despite the story being lackluster and the characters being less than noteworthy, I can say that the aspects I like most about these games are still the main focus and continue to provide comfort from the issues that plague this long-running series. It doesn’t matter if my character is some nondescript lady that couldn’t possibly do all the things she does in the game, the gameplay is still fun enough to make me look past that. The game may not be hard, but it makes for a wonderful palette cleanse from all the hyper-realistic shooters and high-adrenaline racers out there. There is nothing else like sitting down after a long day and just solving a few puzzles. Between the hidden object scenes and the more traditional puzzles, I found myself kept busy enough to forgive (or at least not care) about the less-than-stellar effects and voice acting this time around. Unfortunately, it seems Abyss has taken a step backwards in quality when it comes to visual effects such as zoom-ins on ‘important’ events, voice acting, and lip syncing. This is upsetting because the underwater setting immediately brings forth memories of Rapture and the beautiful job Bioshock did with the same setting many years ago. It would have been really nice to see Abyss capture some of true terror that a deep sea setting has the potential to hold. 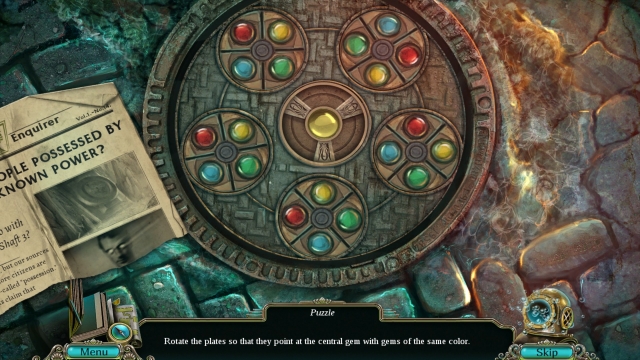 Instead of a dark, mysterious underwater environment, Abyss offers up a series of decent puzzles and chilled out hidden object scenes set within a bland world with dull characters. With an obvious lack of gameplay outside of puzzle solving, you’d be excused for believing there should be a larger focus on character development and other story based aspects. If this series of games wants to continue to build its audience, they need to improve things such as storytelling, character development, and properly syncing spoken lines with character mouth movements. At this point, if it weren’t for the void this game fills with calm and relaxing gameplay, I’d have to give it a lower score. This series of games truly just needs more quality control to make them more approachable by new players.

This title doesn’t add anything to the previous titles and doesn’t offer up a great story. Although, it does have the usual chilled out gameplay and can keep casual gamers happy for a few hours.