Hidden object games are rarely fun - that is an objective fact. Much like the mighty ‘word search’, they have always failed to hold my attention for any more than a few minutes because they aren’t at all stimulating or particularly fulfilling. Adam Wolfe seems caught between trying to be an exciting visual novel about a supernatural detective, and attempting to make this horrible, horrible genre seem appealing. 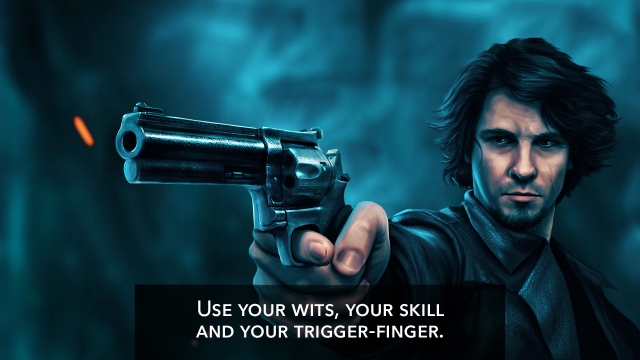 The game doesn’t consist entirely of hidden object puzzles; rather, they are sprinkled sparingly throughout each of the four episodes, with the bulk of the gameplay being a kind point and click adventure in the first person. The items that the player finds over the course of their journey will probably - scratch that - definitely be useful later on in some convoluted ritual. I never found myself struggling with the puzzles in this game because of just how intuitive they often were, and I suppose that’s something of a double edged sword. Part of the difficulty problem here might be related to just how linear the game is, as well. Granted, solving a mystery involves following a trail and taking things one step at a time, but it usually meant that everything you needed was right in front of you. The world that the game seemed to be building felt small and very enclosed because of this linear design; there was never any real room for exploration, nor were there characters that could be interacted with, either as a way of delivering clues, narrative or red herrings. Perhaps I’m being too critical here, but I was always under the impression that detective work was something that took a lot of time, interpretation and an ability to read between the lines. If I don’t have the opportunity to make those hasty judgements or well founded accusations, I may as well be reading a mediocre novel.

The story itself is okay. It interests in places, but a lot of the time it just felt like a thousand things I had read before. Lost siblings, ancient cults and deals with timeless entities have become cliche and predictable, and predictable is the absolute last thing you want from your detective fiction. Not once was I surprised by an exciting reveal or a sudden change of pace, and my usual reaction to the end of an episode consisted less of shock and awe than it did sheer “meh”. A lot of the time with these types of games, I will usually endure the terrible story for the challenging puzzles, or slog through any number of pathetically easy cognitive hurdles to get at that intriguing narrative. Adam Wolfe finds itself caught in the middle in the worst possible way. 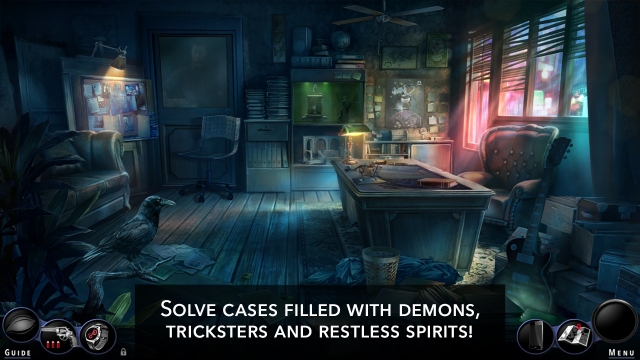 The game tries to be as interactive as physically possible, and although there’s certainly merit in the attempt, it often falls flat. The most prominent case here is Wolfe’s revolver, which can be used in a select few circumstances, and only when instructed. Even then, the player is rarely allowed to just point and click, raising the question in my mind as to why the feature was concocted in the first place. The game sort of lets you move things around on your cork board and rummage around in a draw or a toolbag, but this interactivity is always reduced to clicking and waiting for an animation to play out. It feels asinine, but at the same time it allows the player to feel more as though they are exploring a physical world. Were it not for each action feeling so inevitable and linear, this interactivity might have been one of the things that set Adam Wolfe apart from other entries in the genre; poor execution, unfortunately, leaves it feeling just like more busywork to bother with until the puzzles start again.

The art style is admittedly pretty fantastic. I mentioned that the game felt small and closed in, and although that is a very real issue that affected my enjoyment of the title, the amount of visual depth put into each environment explains why. Each location is filled to bursting with tiny details that make each image jump out at you in a pretty entrancing way. This extends to character design as well: sure, what they’re saying still doesn’t surprise or interest me, but I found myself strangely immersed during the first hour or so in simply watching these people talk. It’s a shame that this one’s beauty is only skin deep, but it really does make me wonder whether the developers would be better suited to making visual novels. Adam Wolfe tries really hard, and it makes that fact clear. Between the detailed environments and the desire to make the player as involved as possible in every action, the game deserves nothing but praise. But when it comes to puzzles, narrative, and basically anything faintly important, Wolfe fails to impress. At the very least, the game did keep me playing right up until the final credits, partly out of curiosity and partly out of hope for another round of cards with Death. If detective fiction is your kind of thing, I might recommend giving this one a go; if you’re looking for something to pass an afternoon, you could certainly choose worse.

It’s not bad as such, just not particularly challenging. Adam Wolfe does some interesting things to keep the player involved, but fails to stimulate in the way that this kind of fiction really should.