We could all be a little bit more like Chris, the titular protagonist of Adventures of Chris. When he's transported from his mid ‘90s Alabama home through a magical portal and transformed into a human/balloon hybrid by a snot-nosed young vampire, does he complain? Does he moan about not being safe at home, tucked under his duvet playing Super Nintendo? Of course not! He rolls with the punches, transforming his balloon-based curse into a balloon-based superpower. After all, he's not the only teenager to find themself cursed in some way by that bratty vampire youth; there are six other unfortunate adolescents just like him. He is, however, the only one with the chance to turn his weakness into a strength. And that's how hapless, uncoordinated teenager Chris becomes the star of his very own 2D platforming adventure, a pretty damn good one at that. 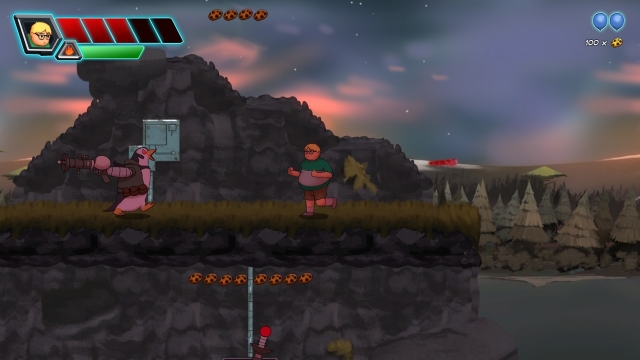 When we first meet Chris, he's walking the dark forest path home, eager to dive into an uninterrupted night of 16-bit gaming. Of course, his night is interrupted—immediately—when he's sucked through a portal and becomes embroiled in the plans of an evil vampire child, a league of villainous fiends and a righteous civilisation of sentient balloons who bestow him with balloon-centric flying powers. Through a series of globe-trotting platforming levels, Chris tackles an onslaught of absurd cartoony villains (giant sea urchin, anyone?) and rescues the six other children who've been captured and cursed in ways similar to himself. It's a ridiculous story, but it's enjoyably quick, full of personality and glittering with enough decent jokes to keep the laughs (or at least the mild chuckles) rolling. 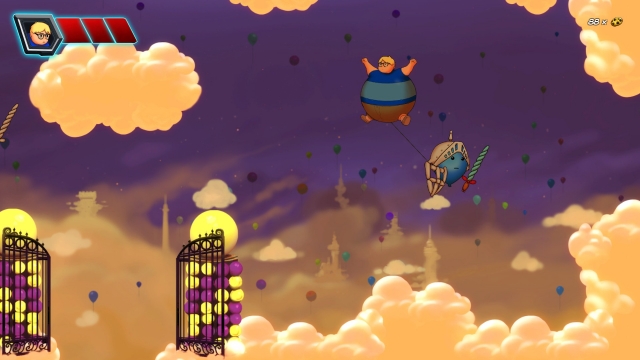 As a child of the ‘90s, it's fitting that Chris' game serves as a loving throwback to platformers of that era. Each new stage brings with it a different aesthetic style, new gameplay mechanics, location-specific enemies and a new power to learn on top of Chris' core 'floating' power; he is, after all, still part balloon. From America to Malaysia, Russia to Australia, Chris travels the globe, fighting giant mosquitos, ninja felines, sand goliaths and bloodthirsty sea creatures as he goes. Hidden in each level is a balloon wizard, able (if not always willing) to teach Chris a new power: firebolts, ice blasts, upgrades to his flying ability and more. The variety of abilities and attacks don’t quite match their inspiration, Mega Man, but it’s more than enough to keep things interesting.

In fact, the amount of new ideas being introduced, developed and discarded before there’s time for them to go stale is truly impressive, reminiscent of Nintendo's often lauded design philosophy, if not quite as polished. One stage could throw lethal laser obstacles in Chris' path, making quick movements essential for survival; another might shut off the lights, forcing Chris to use his firebolt ability to navigate through darkness; and a third stage may even see Chris dragged underwater by a submarine, with the player using it to fend off enemies in a brief homage to retro shoot 'em ups. For such a short game, Adventures of Chris doesn't need this much variety, but it supplies it nevertheless and comes out all the richer for it. There's rarely a moment that passes without something new being thrown into the gameplay mix. Granted, there's nothing wholly new on offer here; it's all the same stuff we've seen in other platformers, but that does little to weaken the impression such variety makes. 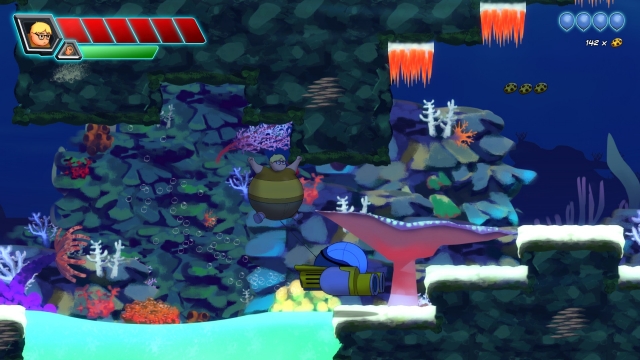 There’s even a small hub area, set in the aforementioned sentient cloud civilisation, open for exploration between levels. Here, the player can buy upgrades to their health, magic meter, balloon powers or armour (all purchased using a golden cookie currency collected during levels). There’s also balloons to chat with, a geography trivia quiz to partake in and lore to discover. Yes really, lore. Okay, not much of it, but lore nonetheless. A hub world is a small addition in the grand scheme of things, but it gives the game a touch more structure that helps the whole experience feel a little more substantial. Plus, some of those balloon characters really are charming.

It’s not all perfect, though. One unfortunate consequence of designing a game in which the player chooses the level order is that it's impossible to enforce a strict difficulty curve. As a game that practises such freewheeling level structure, Adventures of Chris can shift from fiendishly difficult to trivially easy in the blink of an eye. Additionally, with the player acquiring powers in no strict order, it’s impossible for levels to necessitate the use of any power outside of the same level it’s acquired. This puts a firm ceiling on the level of complexity the game’s challenges can possess 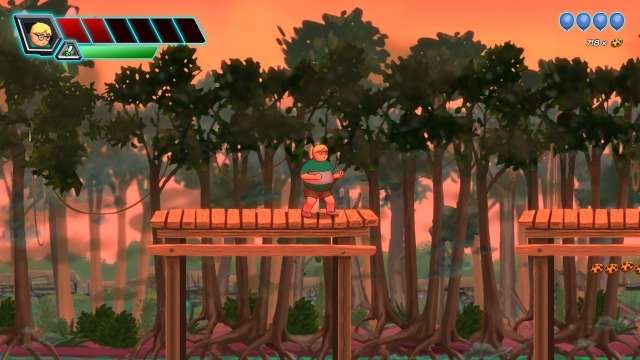 Despite these gripes, I had an absolutely splendid time with Adventures of Chris. I don’t profess to be a platforming enthusiast; I wasn’t even playing games in the era this title is a love letter to, but I enjoyed almost all of my time joining Chris on his adventure. Plus, with unlockable tougher difficulty modes, I might be joining him once or twice more! If you’re looking for an authentic recreation of mid ‘90s platformers, look elsewhere. This is a modern indie platformer created in honour of a simpler era of gaming, and I heartily recommend it.

Adventures of Chris (Reviewed on Windows)

Adventures of Chris doesn’t break new ground in the 2D platformer genre. Still, it provides genuine humour, personality and variety in bucketloads, all while sending a few loving glances to the 16-bit era of videogames.