I had a bad feeling the moment the developers Maximum Games’ logo stuttered across my screen. I have a decent PC and haven’t witnessed something so janky since the days of the original Xbox. Whether it’s an artistic decision or not wasn’t clear, but as soon as I got into the game I knew that it was not a quality product.

Alekhine’s Gun is available on PC and PlayStation 4, but is visually reminiscent of games on that same old Xbox. Bland texturing and clunky animation tries to hide beneath the sheen of the PlayStation 4 and modern PCs, but no amount of high-dynamic-range rendering, ambient occlusion, or dynamic shadows can polish this turd. 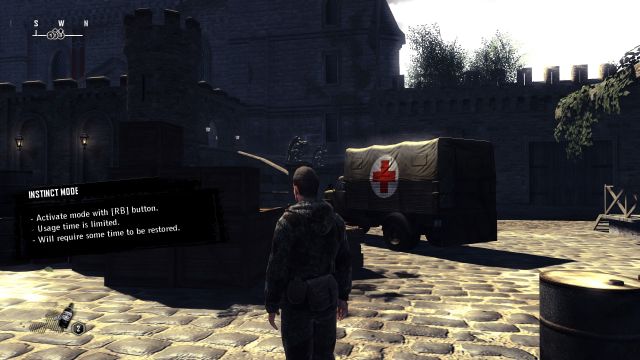 Immediately upon starting the first mission, I felt like I’d been here before. The controls and gameplay elements are lifted wholesale from Hitman, but not the new titles. Instead, I instantly felt like I was 10 years old again playing the Blood Money demo back in 2006. This mission is set in a Nazi-controlled castle during World War II, and gives you four objectives: infiltrate the castle, assassinate an officer, assassinate a surgeon, and destroy a magnetic tape. Simple stuff… I just need a uniform to sneak in the door.

Garotting a nearby guard for his threads, I make my way inside. A compass marks my targets in the corner of the screen, but I’m going for a little explore, and find my way down to an underground cell. And what happens next is amazing… A cutscene starts with Alekhine grabbing a nearby set of keys and approaching the cell door, addressing the man inside who the game has given me no acknowledgement of. He gets up from the floor and stands before the cell door and then they talk - key point to remember here is that neither character moves from this point. Now, I’m not an expert of sound design, but I’m pretty sure you don’t want the volume of a character's dialogue to rise and fall between words, and you don’t want the sound of someone walking around the recording studio to make it into the game! 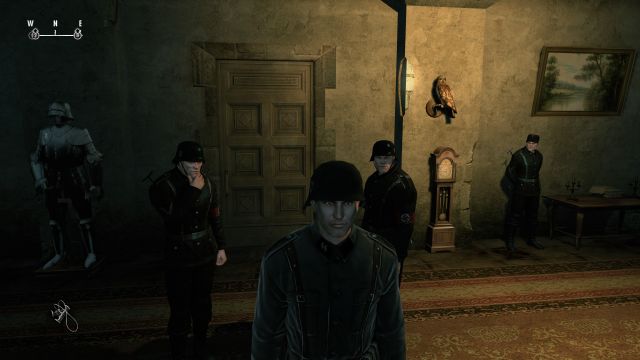 This distinct lack of care to attention caught my eye again with the disguise mechanic. By entering the castle, my first objective was complete so next I had to take out the officer. In most stealth games that incorporate a disguise element, there are ways for you to be identified by the enemy and trigger an alarm - usually, this would be passing too close to an NPC that would recognise that you aren’t who you appear to be. This is still the case in Alekhine’s Gun, as higher-ranked Nazis than that of the uniform you are wearing will stop and a discovery gauge will begin to fill. How do you counter this? Spin 180°. I’m not joking. So long as your face isn’t visible, you aren’t suspicious - even if you’re standing in an area that you aren’t supposed to, so long as no one can see your mug, you’re fine. A man in the wrong uniform burying his face into the wall is not suspicious. Better yet, you should stand out to any guard who see you regardless because they all have the exact same face!

There are other laughable issues too, like a seemingly total lack of recoil on the weapons making you perhaps the deadliest assassin gaming has ever seen, or how someone running through a heavily-guarded base warrants no question. A stealth game should have you feeling like all the odds are against you - a tense experience, where failure will come from the slightest error. But Alekhine’s Gun is a joke, and drags you out of the immersion on a regular basis. 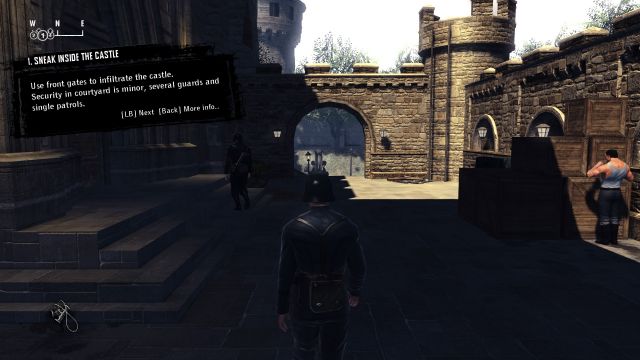 Alekhine’s Gun also implements no form of an autosave function. Many may regard this as a positive, arguing that firing off quick saves every 20 seconds is the ideal way to play games, but in 2016 an autosave is expected as a given, at least after completing an objective. And if you are going to force players to manually save during missions, give them a little warning before they pour 40 minutes into your game.

If you read through all that and still thought “Hmm, I might still pick it up”, then this is your warning. Avoid Alekhine’s Gun. There are much better games out right now that are actually worth your time and money. Hell, there’s a proper Hitman game out this month - go get that, it’s a fraction of the price! Alekhine’s Gun will not be remembered for its own efforts, but for the efforts of the Youtuber’s that will tear it apart.

Avoid Alekhine’s Gun. There are much better games out right now that are actually worth your time and money. Hell, there’s a proper Hitman game out this month - go get that, it’s a fraction of the price! Alekhine’s Gun will not be remembered for its own efforts, but for the efforts of the Youtuber’s that will tear it apart.