Amnesia: A Machine for Pigs Review

When indie developer Frictional Games released Amnesia: The Dark Descent in 2010, it surprised the gaming world by providing a more authentic horror experience than any triple-A title of the past few years. No doubt this put a lot of pressure on Brighton-based developer The Chinese Room, when it was decided they would be crafting the follow-up to the cult horror hit. Thankfully, they've done a fine job in creating a sequel that manages to stay true to the spirit of the original, while adding their own sickening flavour to the mix.

London, 1899 - industrial entrepreneur Oswald Mandus wakes up to find his home empty and silent, except for the tremors caused by a great machine buried deep below the house. With his mind clouded from nightmares and sickness, all Mandus knows is that his children are in grave danger, and he must descend to the depths of the house in order to save them.

The gruesome story, penned by Dan Pinchbeck, is certainly unique and well written, but is also vague at times. Players who have experienced The Chinese Room's previous title - the experimental story-based game Dear Esther - will be familiar with their heavy use of metaphors and their expectancy of the player to put two and two together. It results in a story that should be experienced multiple times in order to be fully understood, which is a bit of a saving grace considering the game can be completed in four hours - around half the length of The Dark Descent. 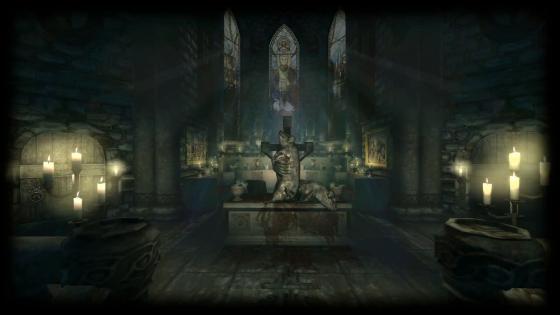 A Machine for Pigs' unsettling tale is told similarly to its predecessor. The player begins with no knowledge of their environment or how they got there, and the story is conveyed through a series of journals and audio logs. It's not the most innovative format, but it works to great effect, partly due to some stellar voice acting, which provides a sense of believability. While the story is arguably the weakest part of The Dark Descent, the plot here - which is more original and larger in scale - is easily the game's strongest aspect.

Plot-wise, A Machine for Pigs is mostly unrelated to the original; it exists in the same universe but features a new location and a different cast of characters. This means that aside from a few small references to the original that can easily be overlooked, the game is completely accessible to players who may have missed its predecessor.

The game is further made accessible to newcomers in the gameplay department, with several major systems disappearing entirely from The Dark Descent - a decision which will no doubt disappoint many of its die-hard fans. No longer will you need to forage for lantern oil and tinderboxes - apparently electric lights were all the rage in the late 19th century. Surprisingly, the Insanity mechanic - which caused the player's character to panic, hallucinate and eventually collapse if they witnessed scary events or spent too long in the dark - is also completely missing here. Due to the absence of these mechanics, the experience is far less stressful, and slightly less scary than the original Amnesia title. 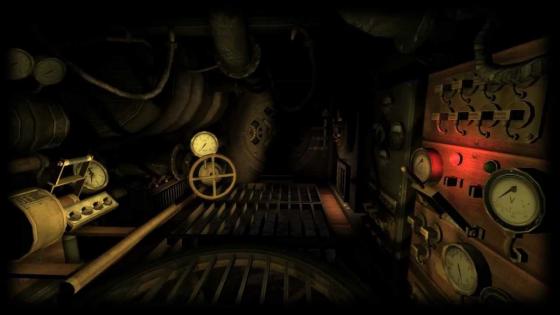 The Chinese Room have also decided to omit the inventory system, which means that the puzzles are also much easier this time around. Solving problems is usually as simple as turning a valve, flipping a switch or carrying an object from Point A to Point B. In fact, the only real challenge in A Machine for Pigs comes from its enemy encounters. With no form of combat included in the game, the player's only strategy is to run and hide from the grotesque creatures - an experience which never fails to produce a sweaty palm.

Fortunately, despite missing some of the first game's iconic features, A Machine for Pigs retains the same grim atmosphere. There is a constant, oppressive sense of dread that's impossible to ignore. The Chinese Room have mastered the art of building tension, making excellent use of audio effects to make the player constantly paranoid. Jessica Curry's masterful soundtrack also goes a long way to enhancing the mood. 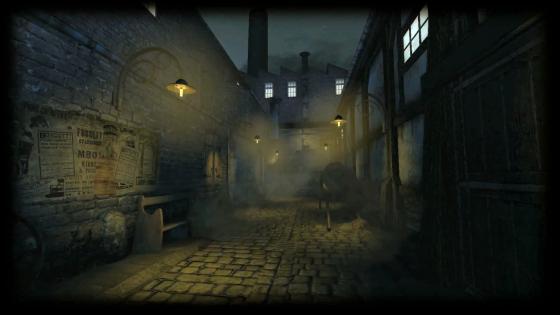 Just as admirable is The Chinese Room's ability to craft interesting environments. Given the monotonous, corridor-crawling nature of many horror games - and that you might expect from a story based around an industrial factory - the developers have managed to create a surprisingly varied series of locations. Each scene has been lovingly crafted to make the most of Frictional Game's HPL Engine, harnessing their expert use of lighting and architecture to create moments of beauty in the mundane and the macabre.

Amnesia: A Machine for Pigs will divide fans of the original. They will either call it dumbed down or highly focused, depending on their attachment to the systems that have been removed. Ultimately, A Machine for Pigs sacrifices challenge and terror for strong storytelling; a bold choice, but one that pays off thanks to a truly memorable and superbly-told tale.

Amnesia: A Machine for Pigs (Reviewed on Windows)

When indie developer Frictional Games released Amnesia: The Dark Descent in 2010, it surprised the gaming world by providing a more authentic horror experience than any triple-A title of the past few years. No doubt this put a lot of pressure on Brighton-based developer The Chinese Room, when it was decided they would be crafting the follow-up to the cult horror hit.

Amnesia: A Machine for Pigs