Procedural generation has been one of the most popular trends in gaming in recent years. It’s a particular boon for indie devs to make their small-scale works larger in scope simply for the fact that no two runs of a playthrough are ever the same. It also does away with the old-school tradition of mastering gameplay through sheer memory and pattern recognition, and instead challenges the player to improvise. It only makes sense then that procedural generation makes a very fitting partner with that most improvisational genre of music, jazz.

A sort of anti-Donkey Kong channeling the top-down ultra-violence of Devolver Digital’s breakout hit Hotline Miami, the goal of getting your titular ape from one side of the map to the other while effortlessly murdering any hapless armed human in your way. It is as simple as the controls, with the right trigger to shunt anyone in front of you into a wall where they dissolve into a bloody splatter and the left to grab anyone to use as a human shield. The execution however is just sublime. 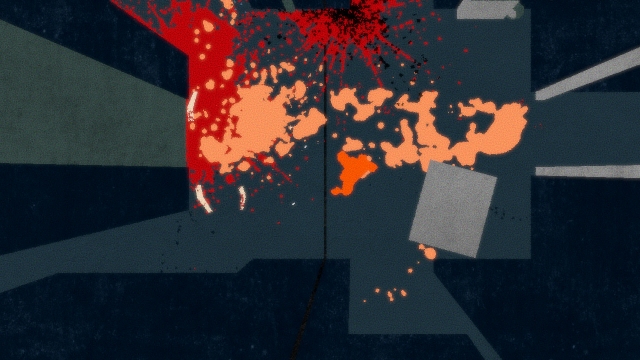 Ape Out liberally spills blood but does it with abstract artistic wonder as you go Jackson Pollock on your human oppressors. Though indie game designer Bennett Foddy is credited for the art, I can’t help but think he must be indebted to the best of Saul Bass’s most iconic film title sequences, reflected even in some similarly unconventional typography when displaying each level title.

This is married with a frenetic jazz drumming soundtrack that reacts to the gameplay - adding to that musical conceit, each distinct area is formatted like a vinyl record with a Side A and Side B respectively. It’s all rather quiet if no one’s aware of your presence, only to increase in volume like a Metal Gear Solid alert cue, while every one of your ape’s unfortunate victims explodes into a bloody mess with the crash of a cymbal. Rather than Hotline Miami, I think it’s fairer to say that developer Gabe Cuzzillo provides an ultra-violent interpretation of Tetsuya Mizuguchi’s brand of synesthesia by way of Whiplash.

Despite your hulking lumbering presence making you an easy target, the difficulty isn’t too ruthless. Your adversaries luckily take a little time before they pull the trigger, giving you just a slither of a chance to get the jump on them. You’ll still start at the beginning of a level after every death (which draws out a Theseus trail of your route right up to your demise), but the good news is that your gorilla is strong enough to withstand up to three hits before it’s curtains. 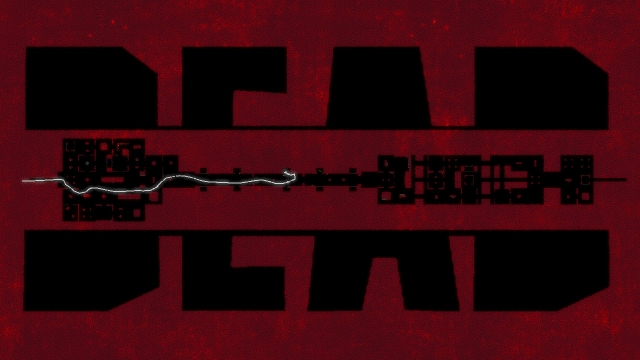 Not to say the challenge doesn’t ratchet up. Enemies specialising in explosives are quite capable of one-shotting you later on, while levels also change things up by introducing a few gimmicks, like a power cut plunging the map into darkness. Occasionally, the new mechanics can also work in your favour. I personally found it hilarious that even if you get set on fire by flame-throwing, you can temporarily use it to either burn alive anyone in your path or have them running scared.

Despite the procedural generation, there’s still a loose structure when it comes to enemy variety and situations, which means once you’ve made it through the four albums (as well as a pretty tricky marathon bonus level), there’s probably not as much incentive to revisit the challenge in the way you might for say Spelunky or Dead Cells. It’s a bit on the short side then - though that’s just as well for a game with a very singular idea - though a harder mode and a single-run arcade mode are also available for those who want even more of a challenge. In any case, for the price of a music album, Ape Out is literally all killer no filler. Even if you only given it a spin once, it’s guaranteed to leave you smiling with violent delights.

Ape Out (Reviewed on Nintendo Switch)

A striking abstract visual style soundtracked by a jazz freakout as improvisational as its gameplay, Ape Out glories in its primal rage for a wild ride. Give into its rhythm and bloodlust, and just go ape!