Since 1997, Japanese developer Gust has been developing a role-playing series of games that focuses on alchemy. Known as the Atelier series, it has gone on to capture the hearts of countless players around the world. Now with the release of the twenty-first title in the mainline series Gust has decided to change things up. With past entries making small changes to the core gameplay, the new title Atelier Ryza: Ever Darkness & the Secret Hideout drastically overhauls many systems. For some, this might be the title to push them away from the series but for many it’s a breath of fresh air that might just make it the best one yet.

Like most Atelier titles, the player will follow the adventures of a young girl. This time around the main character is Ryza, just an ordinary girl who is tired of the boring village life. Though together with her friends they try to find excitement and adventure, there just isn’t enough to break the daily boredom. That is until Ryza heads to a forbidden nearby island where a chance encounter sets the stage for a grand summer adventure, that will change the lives of everyone forever. 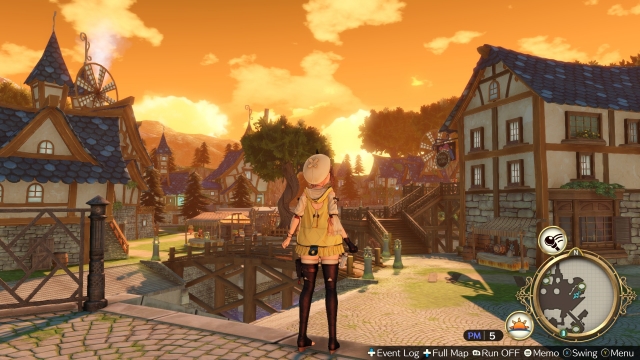 Now, Atelier Ryza does away with the common tropes of the series and instead make Ryza one of the most likeable protagonists to date. For starters, she doesn’t even know what alchemy is at the start of the game. Most other protagonists have some knowledge but for Ryza, you are there from the moment she is even introduced to it a few hours into the title. Her wish for a more exciting life makes her headstrong on finding adventure and she isn’t afraid to drag her friends into this.

Once the story kicks off you’ll find yourself in the midst of a grand JRPG tale about friends finding what they want from life and working to achieve it. It’s a coming of age story if ever there was one but with plenty of reasons to get attached to them. To help flesh out the story even more, players will be able to complete a number of optional objectives throughout the game which provide more chances for character growth. Atelier Ryza makes sure to invest in the cast and ensure that you will as well. That said, some character designs are a bit over the top and so out of proportion it is almost laughable. 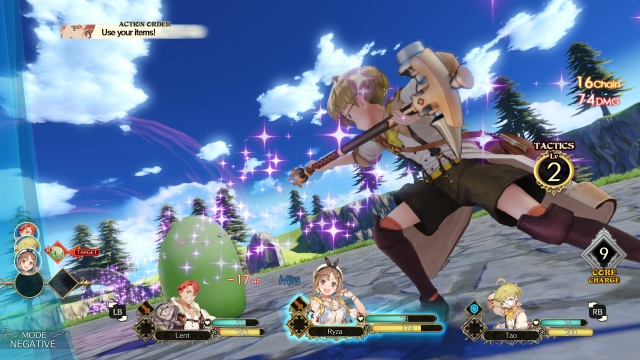 Being a JRPG, players can expect countless battles and this time around the system has seen a complete overhaul. In previous entries in the series most battles were turn-based, giving players control over the flow of combat. Atelier Ryza moves away from this by opting for a more real-time approach. The flow of battle will never stop, even when characters and enemies perform actions. You’ll be in control of one member of your party at the start but will have the option to switch to any at the press of a button. Only the one you have selected will respond to your command while the remaining party members will act on their own when it’s their turn.

It’s a fast system and makes for intense battles that can be overwhelming at first. You’ll need to balance your AP as well which is the resource that allows you to perform powerful attacks. Every basic attack will generate AP but the flashy moves will cost AP. Manage this effectively and you’ll unleash massive amounts of damage, ideal for a boss encounter. Don't, and you might find yourself ending up in a pinch. 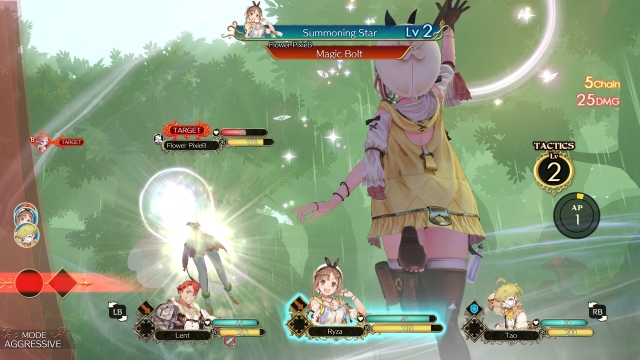 Now, being an Atelier title players can expect to spend a lot of title gathering materials and using synthesis to combine them to make items outside of battles. This time around the system has been completely overhauled with a new visual design that is akin to a skill tree. While this makes it easier to read all the needed information, don’t expect to master the system right away. Part of the fun in Atelier Ryza comes from seeing how you can combine different recipes to create new items.

Thankfully with synthesis, and most of the gameplay, Atelier Ryza does a good job at explaining things to you. Though it can be a bit long winded and you may need to refer to the notes section of the menu, you won’t feel like you are flying completely blind. New players to the series will find this level of tutorial beneficial while longtime fans of the series will also find it helpful due to the number of changes in systems. What this means is that Atelier Ryza is a fairly accessible title regardless of your experience with the series. 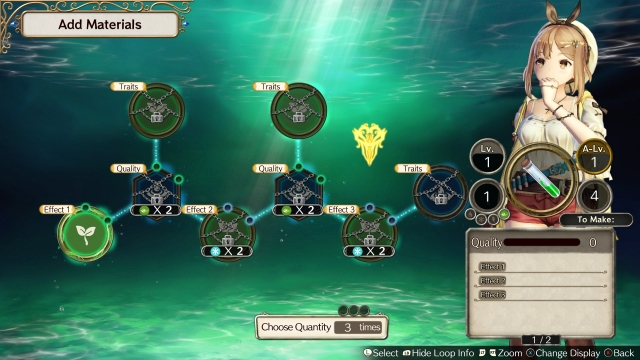 Atelier Ryza also features the most drastic visual change for the series as well, making it one of the best looking Atelier games to date. The level of detail across the board has been increased making for a world that feels alive. Higher quality textures and a great use of colours is aided by the new lighting, really helping to finish the presentation. The same can’t be said for animations mind you which, other than combat, still feel dated. The “series’ stable” ridiculous jump animation makes a return as well and again comes to serve no real purpose. Those small complaints however don’t ruin Atelier Ryza, they just stop a great presentation from being fantastic.

Running Atelier Ryza at a steady framerate on PC isn’t too much of a challenge in terms of the requirements mind you, but don’t expect much in the way of graphics and performance options. Throughout my time with the title it ran smooth for most of the time with only a few drops here and there. Other than control over some of the audio levels and the resolution the title runs in, you will be relying on whatever auto settings it selects. This lack of options doesn’t stop the title from being enjoyable but it never hurts to be able to adjust settings. 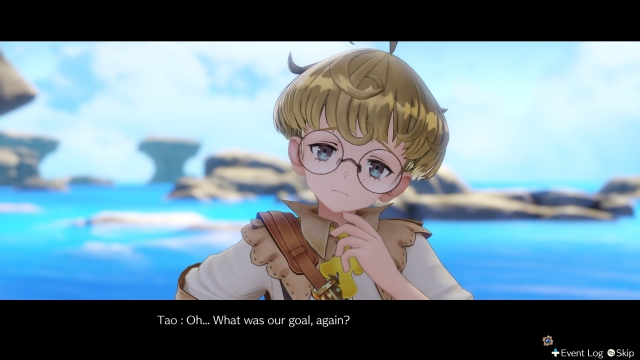 At the end of the day, Atelier Ryza is arguably one of the best entries in the whole Atelier series. With the changes made bringing a breath of fresh air to the title, newcomers and long time fans alike will find plenty to enjoy. Some questionable character designs and the odd legacy feature here and there doesn't cause enough harm to stop this being a great experience. If you are looking for a charming and fun JRPG then look no further than Atelier Ryza: Ever Darkness & the Secret Hideout.

Atelier Ryza: Ever Darkness & the Secret Hideout (Reviewed on Windows)

Atelier Ryza: Ever Darkness & the Secret Hideout bring plenty of changes to the series that make it an enjoyable experience for long time fans and newcomers alike.