Game developer Thomas Happ had a big challenge on his hands when he decided to make a sequel to his popular game Axiom Verge that came out in 2015. Do you keep things the same as in the first game or do you try to do something totally different? 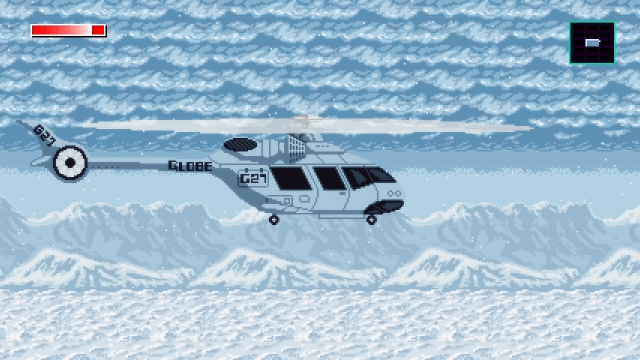 The story in Axiom Verge 2 is centered around the worldwide company called Globe 3 and its secretive billionaire leader, Indra Chaudhari. Dr. Elizabeth Hammond the scientist who created the first ansible superluminal communicator, essentially zero latency computing has gone missing. The team from Hammond Corp. disappeared while they were in Antarctica, no one knows how or why but after years went by Globe 3 purchased the abandoned company. Along with Hammond Corp. Globe 3 received the first ansible unit. When Indra powers on the unit it has a message for her. “Come to Antarctica if you wish to see your daughter again.” This is how Indra ends up in this frigid and icy ancient world that is an alternate Earth. This alternate Earth is desolate and any signs of civilisation are in ruins. What happened there is unknown, but the only signs of “life” are the numerous drones that are patrolling the area. Luckily Indra is equipped with a pick axe to take down these machines melee style. If you wander into one of their sensing lasers they will fire shots at you and chase you down. Be sure to crouch when you are swinging the pick axe or it will swing right over top of them not actually hitting them. This is one of the bigger changes from the first Axiom Verge title, in that game you had a lot of guns and weapons to collect and use whereas here it is centered around two weapons, a pick axe and a boomerang. Then later on you get the ability to hack drones and enemies to control what they do. 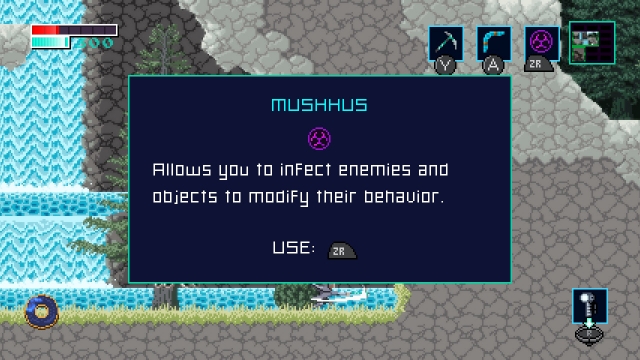 The environment and world in this game is huge! The 2D pixel graphics work great to create the feeling of isolation in a cold and icy place. It is a big place but you really feel alone. Axiom Verge 2 really focuses on the exploration aspect of this huge map and puzzle solving instead of the combat you may be used to from the first game. The world is split into multiple biomes and it even contains a whole other world. This parallel world is called "Kiengir" by the locals, but the scientists called it “The Breach.” This world looks totally different then the first world you started in. 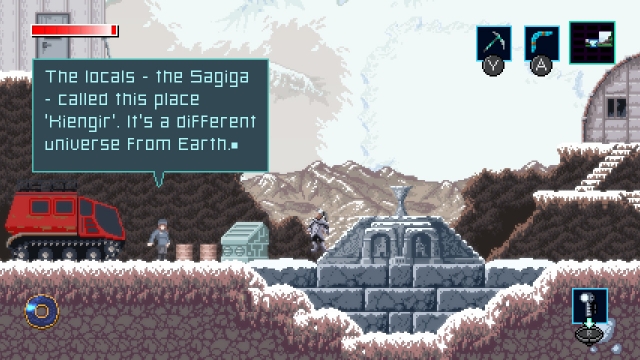 Like any true metroidvania, at first there are a lot of areas that you will not be able to access. But as you explore you will find upgrades to your suit that will give you new abilities like wall climbing that let you go back to places you couldn’t reach and gain access. You will also find health and weapons upgrades to increase the amount of damage you can take and inflict. Be sure to save your game at the save spots as the last one you save at will be your starting point if you die. Though it is easy to tell when you are low on health as there is a constant beeping sound. To replenish some health carefully take out some enemies like the drones patrolling the area and you will regain a tiny bit of health. When you come to the boss fights you will be able to save your progress so if you are defeated you can start right before the fight and try again. Or if you really don’t want to fight the boss, most of the time you can run right past them and if you can make it to the other side of the screen you can progress to the next area. There’s a few times where this technique won’t work but it might be worth trying if you are having a really hard time. 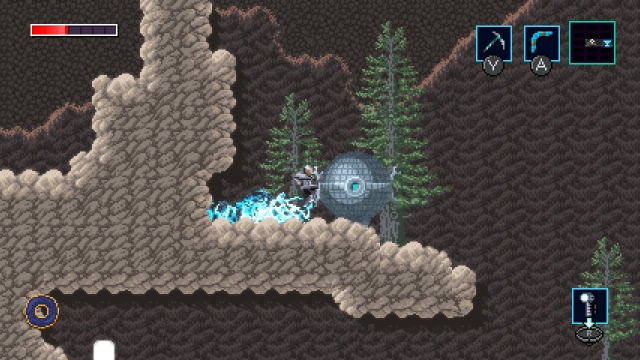 Axiom Verge 2 took a while for me to really get into. Though I find metroidvania style games that are big on exploration are a bit harder when you are limited at first with what you can do and what areas you can access. It can get frustrating to have to constantly backtrack as you learn new abilities. But at least you have a map that will keep track of where you have been and lets you put markers on areas you want to visit again. If you have played the first Axiom Verge game and are expecting more of the same, you may be disappointed. But if you enjoy more exploration-type games and are open to a change you will find that it still retains the spirit of the first one. It just takes a little while to get there.

Axiom Verge 2 is a 2D metroidvania game that focuses on exploration in its huge environment. If you played the first Axiom Verge game you may be disappointed in some of the changes like lack of weapons and less of a combat experience. 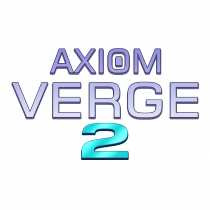