Shredding through hordes of the undead whilst The Hive blared out of the jukebox in the background, that’s when I knew I was sold on Back 4 Blood. There were plenty of valid concerns before the game's release, ranging from Turtle Rock’s failure with Evolve, to worries about the in-game card mechanic potentially being used as a bridge towards in-game purchases.

For the most part though, the game absolutely thrives. It’s evident to anyone who’s played Left 4 Dead that Turtle Rock were channelling their previous success in the zombie-shooter genre when designing Back 4 Blood. They managed to nail that same overall feeling, whilst also creating a game that doesn’t feel they’re simply rehashing their past. Their previous work on Left 4 Dead has clearly laid the foundation for Back 4 Blood, but outside of the zombie massacring, there's clearly an effort to create something different here. 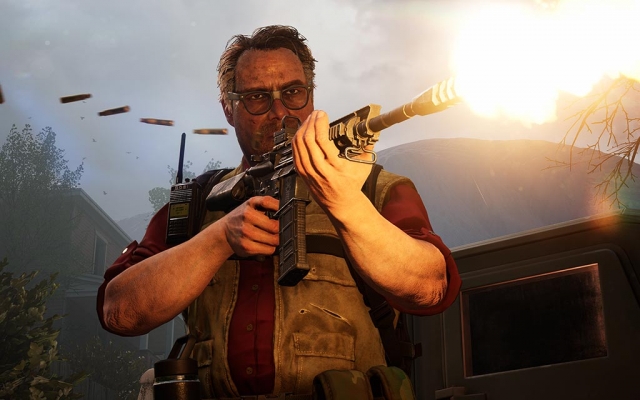 Importantly, the core aspect of Back 4 Blood is a blood-fuelled zombie killing romp. Players can either go in alone with three AI, or team up with up to three other players to tackle the zombie horde put in front of them. Unlike Left 4 Dead, Turtle Rock's newest zombie shooter offers an array of characters, with each offering unique perks that will affect how both the player and team will react. This really shows how the game continues to differentiate itself from the source material that inspired it.

Players can create decks that allow them to build a character that suits their playstyle. Being able to focus on offence, defence, or even supporting your teammates, Back 4 Blood offers plenty of unique options to shape your playstyle. Throughout the game's acts, players are able to find new cards that can be cycled into the deck to create a build that can take on the higher difficulties. Some of these are freebies that everyone can pick up, whereas some require you to part with some of the copper you’ve found on your travels. Both options will always provide you with a random card, so the freebie is always worth it but sometimes you have to weigh up if purchasing a card is the right step for you and the squad.

What this system does do is encourage exploration of the world in Back 4 Blood. Throughout the game, each level has secret areas you can check for resources. These are random every time, but can contain higher quality weapons, perk cards, and a host of other useful tools for the cannibal apocalypse. Some are locked away behind doors that require a tool kit to break through; anyone can pick up a tool kit, but it’ll take away a spot in their inventory for something better suited to the team's needs, such as a grenade. Once again, we see the importance of balance in any four-person team in Back 4 Blood; yet, the balance can be a double edged sword. 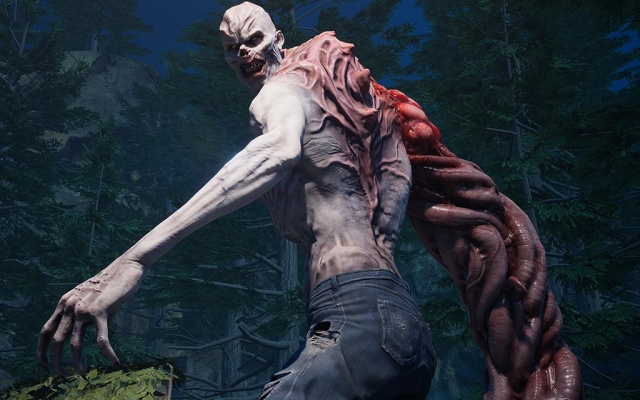 As you’d expect, attempting to get any kind of organisation from the AI is a fool's task. Not only is it impossible to get them doing what you want, but you also don’t gain any kind of progression so playing this game solo is pointless. This leaves you in the position of needing either three friends or to be willing to matchmake online. With Turtle Rock’s newest title getting a day one Game Pass release, rounding up some friends won’t be an impossible task, but if you’re in a position where you don’t have people to team-up with, online matchmaking isn’t the best solution.

Back 4 Blood relies more on co-operation than Left 4 Dead does. A great player with a great build isn't going to be able to brute force a group of plebs through the game. Everyone bringing in the right equipment and having a balanced team is generally quite important, yet almost impossible to organise prior to any matchmaking game starting. On occasions you’ll find everyone has bought an ammo bag with them, suddenly locking you out from secret areas. Sometimes, the opposite of that will be true. Back 4 Blood is created in a way that makes a balanced squad important for taking on the hordes of the undead, but doesn't actually give you a comprehensive way of planning on how to balance a team out unless you play with friends. The idea is good, but the implementation relies too much on random people on the internet being willing to communicate.

Regardless though, even a bad squad will make it a portion of the way through the game. Any time you play, you’ll always come away with something that makes the progression feel worthwhile. More importantly, the level design is not just diverse, but fantastic. Adding on to the jukebox mission I mentioned in the opening paragraph, Back 4 Blood will have you rescuing survivors, destroying nests and slapping people with dismembered arms. It’s a blast to play through them, and the continued originality throughout keeps the game fresh during each playthrough. It takes the foundation of Left 4 Dead but adds the flair that we know Turtle Rock can bring to their games. Not only do they create levels that are more unique, those levels can actually provide challenges outside of running along a linear route shooting things. 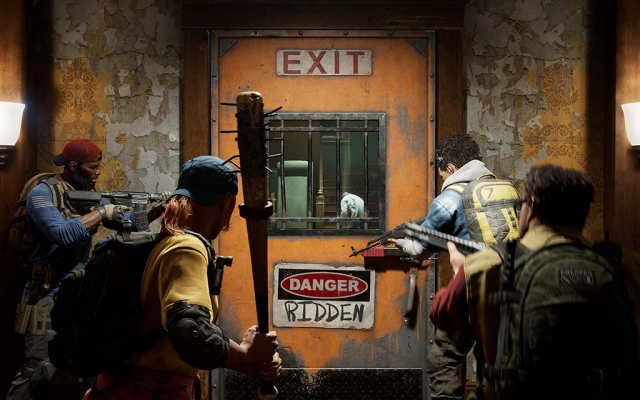 Even the levels themselves always give a unique new challenge, with each one starting with The Director playing a card to shake things up. These vary throughout the difficulty levels, with the easiest usually being more about getting the whole team through to the end without casualties. Harder difficulties tend to throw deadlier AI at the player, but all difficulties will give the player a general task such as beating a boss. Turtle Rock have done a great job of creating a replayable game. Players always take resources from their runs back to the town, where they can unlock new cards and edit their decks ready for the next run.

Back 4 Blood is a solid improvement on the Left 4 Dead formula we’ve all become used to. The game has outstanding moment to moment gameplay that will keep players coming back, and each adventure will provide you with something to keep you progressing through the game. The biggest disappointment is the lack of offline progression, plus the generally poor AI, which means jumping in for a quick game or two offline isn’t really an option. For the most part though, this is a modernised version of a zombie-slaying classic.

Back 4 Blood (Reviewed on Windows)

Back 4 Blood has built on the great foundations that Left 4 Dead laid over a decade ago. The gameplay is brilliant, there’s also that little bit more to keep the challenge fresh and to keep zombie killing fun.