Back in 2008, off-road racer Baja: Edge of Control was released and console gamers were able to pretend they were Steve McQueen (yes, that one) or Anna Jo Cody and race cross country in everything from a VW Beetle to a highly-tuned Trophy truck. Jump forward 10 years and THQ Nordic has released a HD remaster of this old favourite on Steam.

Now I confess to having never played the original console game, but I do know a little about Baja style races and the Baja 1000 itself. The game itself isn’t just about the 1000 but also includes track and hill climb races.

The game has you climbing through the ranks from a beaten up little VW Beetle all the way to Trophy Trucks that are custom build monsters with supercharged V8s that would put an M series BMW to shame. 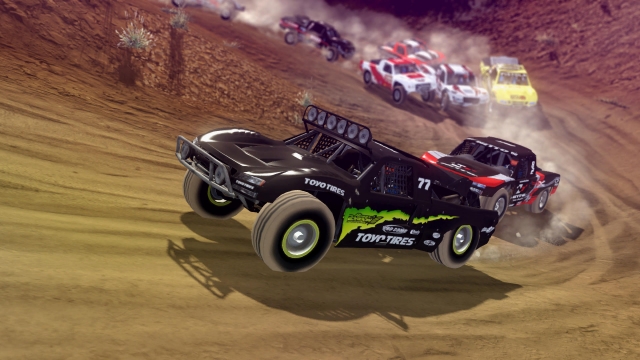 Baja: Edge of Control brings its simulation pretensions to the fore by allowing you to upgrade and tune almost every part of the vehicle to your heart’s content, even to tweaking suspension balance, preload and rebound and calling in helicopter repair teams when you pull a Hammond and park it the wrong way up in a ditch with snapped suspension and a couple of blown tires. 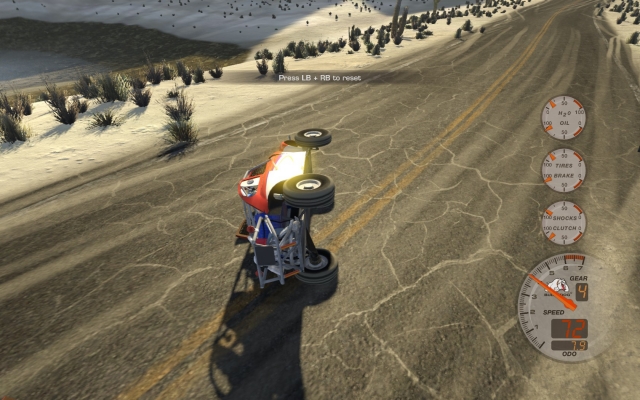 The gameplay is pretty much what people will remember from the console original with single player, 16-player online multiplayer games and four-way split screen all coming over from the consoles. The range of vehicles is the same too with 160 of them to choose from, with enough spare parts and custom bits to make even the most hardened performance junky grin.

The big selling point of the game though is the open world gameplay, with nine open worlds to play in and explore that hide in their dusty expanses tracks, jumps, and all the fun off-road experiences you would expect.

All of this is excellent, the engine itself isn’t bad for a console port, the physics are well done and it can be a lot of fun seeing bits fall off your car as you romp through the desert at 100mph. Support for up to 21:9 aspect ratio doesn’t hurt the game’s credentials either but… that’s about as far as the positives go.

The sound is muddy, the GUI is atrocious with no work done to port that to PC at all (it still says press X, Y, start etc.), and any useful customisation of graphics and sound are done in a separate config program that you must launch outside of the game itself, an unforgivably lazy bit of coding by 2XL Games and Bitworks. Bloody Lazy, I'm playing on PC not an Xbox!

Those of you who prefer to use a wheel will be bitterly disappointed too, reports from users of Logitech G27 wheels are that the gear shift doesn’t work, there’s no force feedback, the clutch can’t be bound, and half the other buttons don’t work either. In other words, it’s broken beyond all use.

In summation, it’s a fun game, but nothing has materially changed from the previous version. If you liked the old Xbox and PlayStation game, have at it. If this is something you are going to be playing on PC… I’d give it a miss, there are better racing games out there.

A fun game on console ruined on PC by lackadaisical and lazy porting.