There are a lot of games that have been remastered recently, with Square Enix being the main offender. Of course, this isn’t a bad thing -- some remakes are well regarded, others reintroduce people to gems they may have missed. Rebellion have been working on Battlezone VR for a while now, and it seems they decided to nudge some nostalgia out by dressing up their 1998 version of Battlezone and releasing that in the meantime.

Of course, this being a game from almost two decades ago, you may have not come across it before. Battlezone 98 Redux sees you driving one of several tank types around in the first person, destroying the enemy and defending your own forces. There are base building elements, meaning that at times it can feel a bit like Command & Conquer -- collect resources to build vehicles/turrets. 98 Redux takes place in space, in an alternate universe to our own. The Soviets are on the moon trying to collect all of the biometal known as Scrap, and it’s up to the United States to stop them. 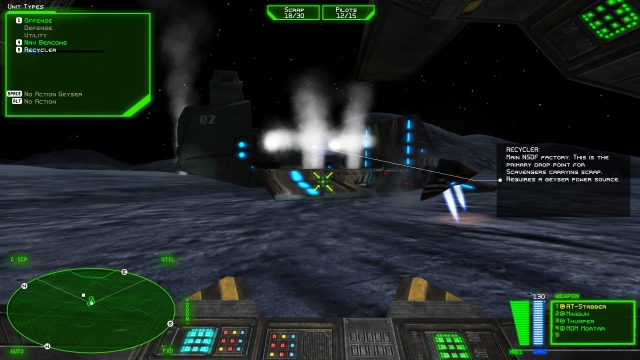 Look -- don’t come to this game looking for a deep and impactful storyline. Come to this game looking for the replayability! Because once you’ve finished playing as the United States, you can take on the more difficult Soviet campaign. Once that’s done, there is even a budding modding community, with a bunch of maps already available, and more undoubtedly on their way.

There is quite a lot of strategy involved as the game progresses, with a fine line needing to be drawn between building defensive and offensive units. You can try to take on the enemy yourself, but when you’re needed a few kilometers away, and then get an alert that your base is under attack, you’ll regret it. Delegation is the key -- send some tanks to attack the enemy whilst you increase the amount of turrets you have peppered around your base. This can be done in-person, or by using the number keys as shortcuts, as each unit type, unit number and building has a set amount of tasks they can do. As you get more used to it, you can get a tug built and on its way to steal something, whilst you’re still destroying the enemy! 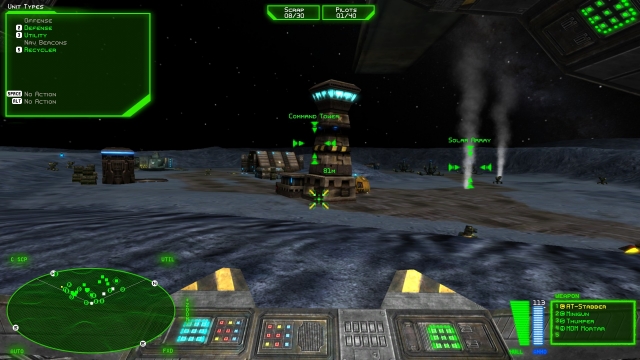 At the start, however, it is a challenge even though the build times aren’t huge, but as you control everything from inside your tank, it can get frantic. If you’re in a pitched battle against enemy forces, you will need to arrange for your recycler to produce some ammo for you. However, if you run out of ammo for every weapon, you might wind up leading some of the enemies back to your base where you’ve forgotten to construct enough friendly tanks or turrets! It’s all about resource management, and despite never having been one to enjoy strategy games, I still found myself having lots of fun.

There are several different vehicles to drive around in, which is great due to how often you can lose a tank. Upon destruction, you eject out of the tank and can still fight with your plasma weapon or sniper rifle, but you’re really only going to be of use against other troops. However, you can have another tank swing by and pick you up, if you can survive long enough. 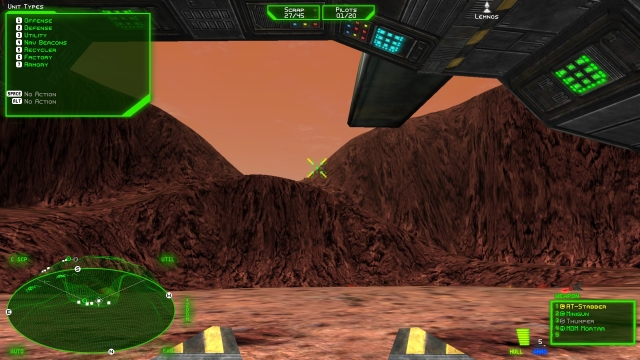 My major contention with Battlezone 98 Redux is that the voiceovers are awful, quite frankly. It’s clear that Rebellion only touched up the graphics and added Steam Workshop support, rather than getting any re-recording done. Sure, the graphics look retro, but that shouldn’t also go for the voiceovers. It’s more forgivable in-game than during the opening of each level, due to the tanks using a radio to communicate. It’s not a huge gripe, sure, but it definitely affected my enjoyment.

Finally, given that Rebellion are the studio behind Sniper Elite 3, they clearly have the ability to make great looking games, so it’s a little disappointing. It doesn’t look bad, but I feel that they could have done more with it than a light reskin. 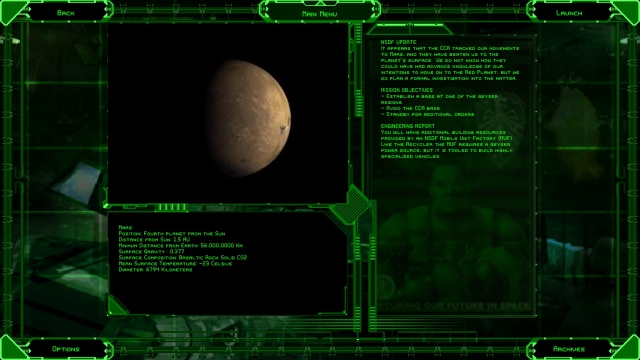 Although I never played the original, Battlezone 98 Redux does play perfectly. It’s fun and frantic, and has plenty of replayability. It just happens to sound poor and look dated. I enjoyed it more than I thought I would, especially when the strategy elements came into play.

It’s fun and frantic, and has plenty of replayability. It just happens to sound poor and look dated.