I went into Beacon Pines thinking it would be an adorable choices matter game, where you play as a little 12-year-old deer named Luka, and you explore the sleepy town of Beacon Pines. The reality was much more sinister, and because of that, I think a warning is due here: this isn’t a relaxing, adorable game — it's a creepy (and cute), very narrative-heavy game. If you go into it knowing what to expect, you might just find a fantastic title you'll love. With that out of the way, we can proceed to the actual review!

Beacon Pines' story centres around Luka, whose dad has died and whose mother has gone missing. And although the story begins with a tone of loss for his dad, as you advance, you'll get into a much more chaotic and ominous story. Despite my original assumption, Beacon Pines is not actually a choices matter game, as you cannot influence what will happen; you can, however, dictate in what order the story will unfold for you. 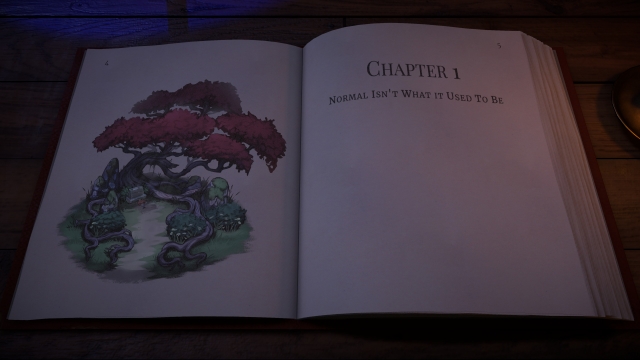 If that's a bit confusing, allow me to explain. Throughout the game, you'll mostly just walk around and interact with various items and people around Beacon Pines whenever you're not being told the story. Sometimes these interactions will give you Charms, which are the options you can choose during a Turning Point. In Beacon Pines, the story you’re unfolding comes from a book that doesn’t have an ending yet, and sometimes you'll be able to decide how Luka reacts to certain situations which causes the story to branch out in one way or another. Although your choices don't actually cause any change in the story, they can lead you to one of the multiple bad endings, and at the end of it all, you will have to go through all of them so you can collect the Charms necessary to finish the story properly.

That could be seen as one of Beacon Pines' downfalls — the gameplay is quite minimal, and your influence in the story is basically non-existent; the game is essentially an interactive book. If you're not into narrative adventures or gameplay is essential to you, perhaps this title won't be for you. However, although I usually get bored if a game is too story-based (oftentimes because of badly-written characters or narration), I found myself very charmed by Beacon Pines. I loved the gorgeous graphics and music, I thought the characters were great, and in the end, I grew fond of the sinister tones. Aside from that, I thought that the narrator did an excellent job; her voice is calming, playful, and nice to listen to. And, if you're a fan of books, I think they did some incredible work with their writing; I was awe-struck by some of the lines! 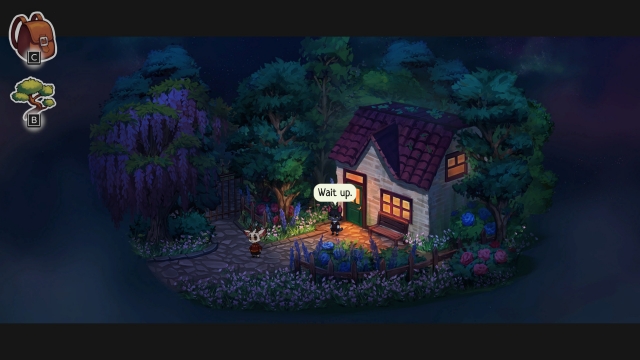 That's not to say there weren't some downsides, as I did think there could have been a bit more interactive moments, and — although the game did a surprisingly good job at juggling creepy, cute, and funny — there were times when I felt like the jokes were a bit misplaced. Additionally, as most narrative-heavy games tend to do for me, it overstayed its welcome a bit. Although I liked the branching storylines, it began feeling desperate seven hours in, when all I was finding were dead ends and getting a bit bored of the villain's monologuing.

Still, I leave Beacon Pines behind with much love. The graphics were fantastic, the narration was on point, and the story was interesting enough to keep me holding on despite there being basically nothing else to do but get narrated at. If you're not bothered by (very) story-heavy games and creepy undertones, I think this game's definitely worth a shot.

Beacon Pines is a fantastic story-heavy game for anyone who is into creepy and cute stories and doesn't mind being narrated at for hours on end.