When you begin playing Blossom Tales II: The Minotaur Prince, it feels like it’s a spiritual entry to the A Link to the Past universe. Sure, it doesn't have the same characters, but it captures the feel of LTTP so well you would think it was in the same series! Blossom Tales II starts with two siblings Chrys and Lily, they are fighting over a stick that Chrys used as a sword. Lily broke it, and an argument broke out. The grandfather wants to tell the children a story about the sibling relationship, so he has made each one a main character in this epic story to teach them a lesson. As soon as I saw the grandfather reading a story like this, I instantly thought of the movie The Princess Bride. In it we see Fred Savage playing a kid who is home from school sick being read a story by his grandpa who is watching him, to pass the time. At first he isn't impressed with this story he finds it boring, but he gets more invested in the story as it continues. 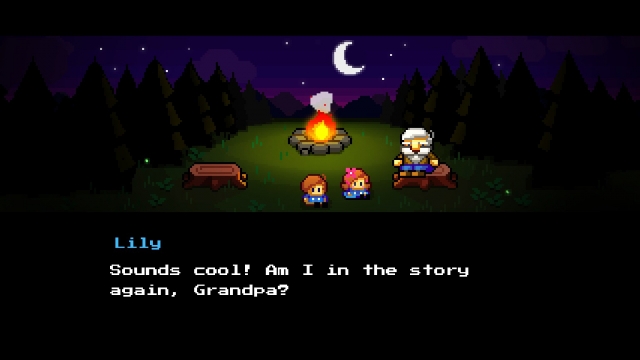 Blossom Tales II: The Minotaur Prince is the second title in this game series, the games are standalone stories so you do not need to play the first to enjoy this title. We see the kids "transported" into the story they are being told where their characters are in Blossomdale for the Minotaur Moon Festival, which is held to commemorate the battle between the soldiers defending Blossomdale and the evil Minotaur King who players would have banished in the first game. The siblings decide to compete against each other to see who can collect the most minotaur coins. If they find five, they can enter the fighting tournament created to honour those who fought against the evil Minotaur King 500 years ago. You play as Lily and run around the festival, playing mini-games to earn the five coins required for entry. Some carnival games have you watching the ball and figuring out which cup it's hidden under or using your wooden sword to attack training dummies. These mini-games act as a fun way to learn how to use the skills that your character has and prepare you for the rest of the game. Once the entry fee is collected, speak with the tournament organiser, and the battles will begin. This tale is so wholesome and charming that it's hard not to get invested quickly! The tournament will teach you how to fight in battle using your sword and shield. Lily controls the same as Link did in a LTTP, so if you have ever played that title, you know what to do. The first battle has you throwing rocks at your opponent, and the second requires you to use your sword and shield against a knight. Once you win two matches, the final round begins, and Lily has to fight her brother Chrys. 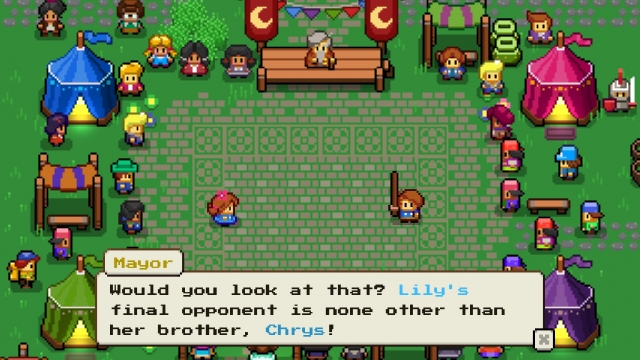 Both have been victorious in their battles and this fight will determine who becomes the champion. Lily strikes first and hits Chrys; he falls down hurt. She doesn't attack again even though she wants to prove she is better than her brother, because deep down really cares for him. Chrys has tricked Lily; he jumps up and strikes her making him the tournament winner. Lily is furious and makes a wish saying, "I wish the Minotaur King would come to take you away!" The ground starts shaking Chrys disappears, and the Minotaur King appears in his place. Lily then demands to know where her brother is, and the king replies that he is far away just like she wished and tells her to go play with her sword. At this point, Chrys interrupts his grandfather's story to tell him how impressed he is that Grandpa is telling them a tale of where he is kidnapped. In the story, Lily states that it is up to her to save Chrys because it is her fault he was taken away in the first place, but where does she start? What does she need first? Grandma knows — first, go get a better weapon. This is the first time that we meet her in the story, but you find out that if you ever need help in the game, just go talk to Gramma; she knows it all, giving you advice on what to do or where to go next! This is the beginning of the quest that has Lily trying to save her brother from the evil Minotaur King. She will explore multiple lands and dungeons to acquire new weapons, defeat enemies and solve various puzzles on your journey to rescue Chrys. Plus you can even pick up chickens! Who doesn’t love doing that? Blossom Tales II: The Minotaur Prince is one of the most charming games I have played in a long time. The story is excellent; I love how it's viewed through a grandpa telling kids a story that he has made up to include them and teach them valuable lessons simultaneously. It's always entertaining when one of the kids would break the third wall and comment on what was happening. The beautiful SNES-era graphics drew me into the story. It made me feel like I was Lily trying to save my own real-life brother — who, by the way, would totally pretend that he was hurt just to beat me in a fight! It was nice to see a girl as the lead character in this title; girls can kick butt too! The game has a great soundtrack; the songs always fit what was happening in the story and didn't feel repetitive or annoying. It's nice to see a game that can pull off both visuals and a soundtrack like this; they worked in tandem with one another. You can tell a lot of time and effort was spent to make Blossom Tales II: The Minotaur Prince. I appreciate that when you resume your game, you start by sitting around the campfire with your grandfather. He gives you a recap of what has happened in the story so far and what you need to do next. It's always helpful to get a reminder, especially if it has been a few days. 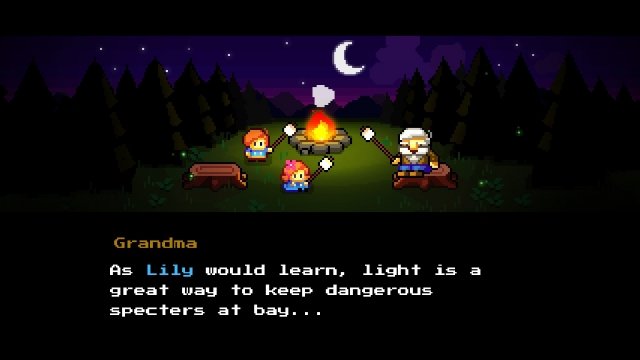 If you are a fan of The Link to the Past or action-adventure titles, you must check out this game. I honestly can't believe how good this game is; it doesn't just feel like a low-quality rip-off of that title, though it doesn’t do too much differently. Instead, it feels like it could be an alternate story that happens in that universe, so if you enjoy A Link to the Past you will be happy. The story in the game is excellent and feels unique and fresh. I can't think of any other titles except maybe the first one in this franchise that explores the sibling relationship in such a cute and charming way! Now that I have played this fantastic title, I have to go back to the first in the series and play through the other adventure Lily and Chrys have been on! 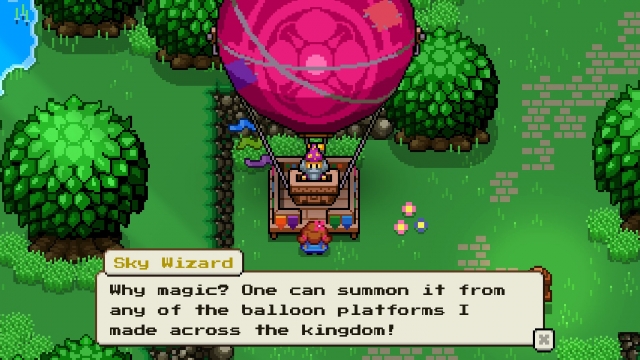 Blossom Tales II: The Minotaur Prince has been inspired by A Link to the Past in all the right ways, combining great visuals, a charming story, adventure, and puzzles. This game is a must-play for me!