Blue Fire is an RPG, hack-and-slash platformer developed by ROBI Studios. Going into this blind I was feeling quite optimistic. The art style interested me and the gameplay seemed good enough from the trailer, but as I played I began to realise how this got the mixed reviews on Steam.

The game starts off with you breaking out of a tube within an infected castle. There are dead bodies of clones around you. You have no idea what happened, but you have swords on your back and there are monsters running around. Go and save the world.

And I can’t help but be reminded of Breath of the Wild.

Waking up after god knows how long, having no clue about what’s happening and there’s the goopy crap that hurts you everywhere and you’re the only one who can save the world. You have to go out of your way to really know what’s going on like Breath of the Wild...and Dark Souls.

With an art style that has been compared to Hollow Knight if it was in 3D.

You’re gonna see a theme going on with this review. 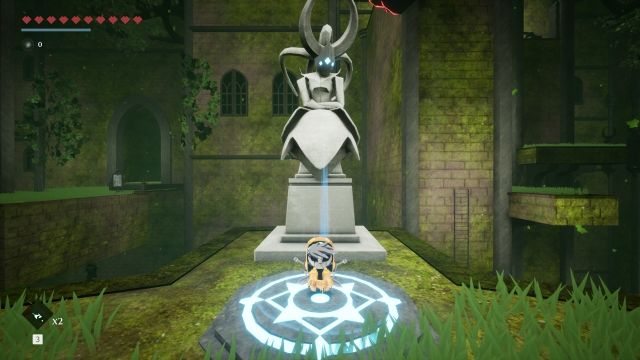 Not Hollow Knight. Not Zelda. Not Dark Souls.

You see, the gameplay is just like Breath of the Wild except with more platforming. The movement feels good, the dash you have is satisfying to use and the level design sucks. You do get a double jump and spin attack later in the game...but I only know that because the loading screen tips spoiled the abilities I would get throughout the game. Actually, there are quite a few abilities you can get so after you obtain them you can go back to previous locations to grab all those collectibles...like a Metroidvania. At the very least it uses a Breath of the Wild style feature that if you fall into water and die, you just respawn short a few hearts. But, it respawns you at a specific point, not the last piece of solid ground, so you need to go through the same jumps and actions to get back to the point where you failed. However, I think the best aspect of Blue Fire is its platforming. Having a dash really helps in games like this.

Oh, here’s another thing they got from Breath of the Wild; The Void. They’re essentially platforming challenges that grant you a heart container at the end, like trials from (say it with me) Breath of the Wild. However, I really began to dislike them because of one thing: if you screw up and fall, you start from the very beginning. It’s not bad, but if you lose all your hearts you’re kicked out of the Void...where you can just go back in and do it again. It even saves the orbs you’ve collected. You start on a portal that will let you leave at any time, why not respawn me for free if there are no checkpoints? Why do I have to go through a loading screen every three or four tries?

However, do you remember how I said that the level design sucks? Well...it sucks. It’s not that it’s not pretty to look at, but with some jumps I had to perform, I needed to stand on an object probably not intended to be stood on or just abuse some level geometry and movement. The worst offender is Stone Heart City. It is not easy to navigate without wallrunning and I thought I softlocked because I went somewhere I didn’t have the correct abilities to navigate through. And it’s a hub, with various NPCs in different areas. If I want to buy something and I’m low on money, I would have to go across the area to sell my gems and then go back. This wouldn’t be a problem if it was a normal town, flat and with some interesting landmarks. It isn’t, you have to platform your way around every time you want to talk to another NPC, with some seriously precise jumps that could take you back a fair bit if you miss. I also got lost, but that was probably due to not checking my objectives. And I may have looked over the sell option from the other NPC I wanted to buy from. 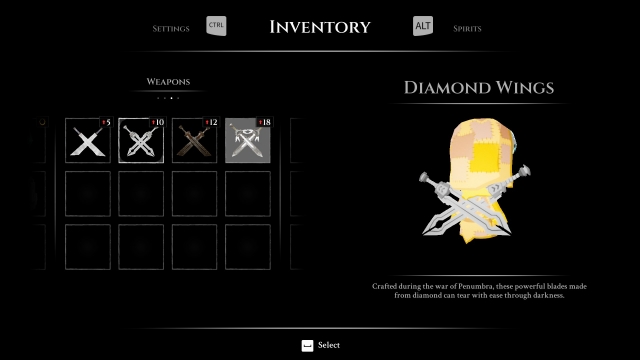 Still not The Legend of Zelda: Breath of the Wild. But changing swords actually changes the dash effect which is quite neat.

The combat is pretty much Breath of the Wild’s combat, locking onto enemies, parrying attacks and such. You gain a shield near the start of the game, which blocks attacks and parries if you time it right along with a quick fireball. They both drain your mana, which you can increase at statues for Shadow Orbs. You are about as tough as a paper bag, so you’ll often be employing hit-and-run tactics. I wasn’t feeling the combat though at first. Just going all-in and then dashing away works for me, and my guard doesn’t seem to work sometimes. Also, parrying is quite useless since I’m usually blown back too far to actually take advantage of the enemy’s stunned state. Still, it’s serviceable but doesn’t quite have real options.

Nevertheless, you’re going to die at some point in the game. And when you do, you have to retrieve your money...like in Dark Souls. It feels like an unnecessary mechanic, to be honest. It does sufficiently punish the player for screwing up, but the mechanic is more tacked on rather than something naturally occurring in the design of Blue Fire.

Spirits enhance your abilities in various ways and can either be found throughout the world or bought from NPCs...almost like Hollow Knight’s charms. You can unlock more slots for spirits if you interact with a certain NPC...which costs money-

Look, I need to talk about the game’s economy.

Also...a lot of things cost money (or “ore” in this game). Like a lot of money. Money to activate the statues, money to buy important items from NPCs, money for emotes that can unlock special treasures, etc. You also start off with a money limit of 2999 ore and the first person I saw with a pouch upgrade was selling it for 4000. For a pouch limit of 9999! Arbitrary limits to money was a thing Zelda had slowly increased before getting rid of entirely! And most of the money you’ll be getting is from pots and from selling gems. Even the original Ratchet and Clank wasn’t so brutal with paywalls. 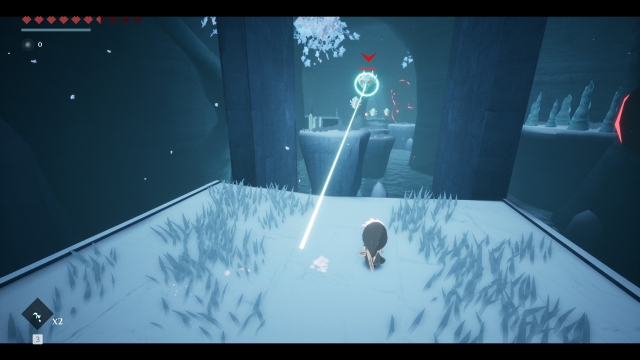 I feel like I fought this enemy before, but in a completely different game.

The game runs smoothly on my PC, and I ran into no issues while I was using my PlayStation 4 controller to play and I highly recommend playing on a gamepad. Although, I have seen a recommendation to lock the game at 60FPS because apparently, your movement is tied to physics, and in turn the frame rate and that causes a few problems with the game. Whilst I had no loading issues on PC, I read that Switch owners have to suffer through some serious loading times so be aware of that when choosing which platform to play. This game is in desperate need of patches right now, so you may want to wait on it.

Update: The developers have released a stability patch on February 14th 2021 that (hopefully) fixes its numerous crashes on PC. I played this game before this patch was released. However, this won't affect my overall verdict.

The game has its problems, no doubt, and admittingly I gave up on the game at first. But going back to it a second time...I realised that it is a good game, it just reminded so much of other games that it lost its identity and thus a lot worse in my eyes. Hell, this review was a lot harsher before going back for a second play session and revising this review. But once I unlocked wall-running and wall jumps, then it started to click with me. I haven’t finished the game, but I look forward to playing it some more.

Blue Fire is a game that does its best to tie together the best parts of other games, but doesn’t quite make it work. Its platforming is great and offers a great challenge, but combat and level design needs work. What’s there is good, but it could be much better.