After a little while in Early Access, space survival game Breathedge has been let loose on the universe and you should all be rejoicing!

After a “massive space hearse” (yes, that’s what they call it) has a bit of an oopsie and ends up spread over a not inconsiderable chunk of the big black there’s a shedload of debris, robot coffins, cargo (that’s dead passengers to you and me), hamsters, mayonnaise (yes really), and … you. 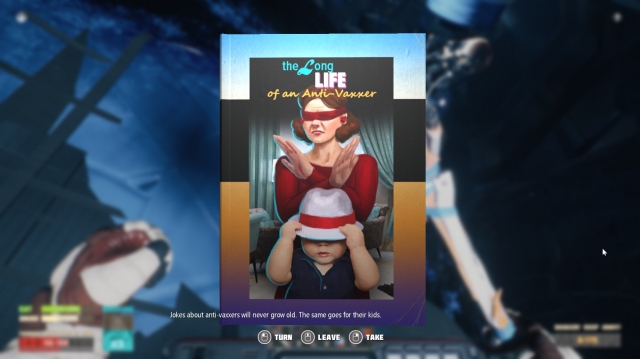 There are quite a few books in the wreckage

As “the Man” you were carrying Grandpa off to his funeral accompanied by his immortal pet chicken that he left to you in his will, when the ship had a bit of a rapid unscheduled disassembly.

After all the dust settles, you’re up to your arse in space junk and have a limited oxygen supply and a tutorial that has you set out, make some basic tools, and… hit yourself in the head with a giant metal penis and testicles. Then it’s build a debugging tool which is a big metal stick for smacking things with and be told it’ll be 4369 years before anyone rides to the rescue. 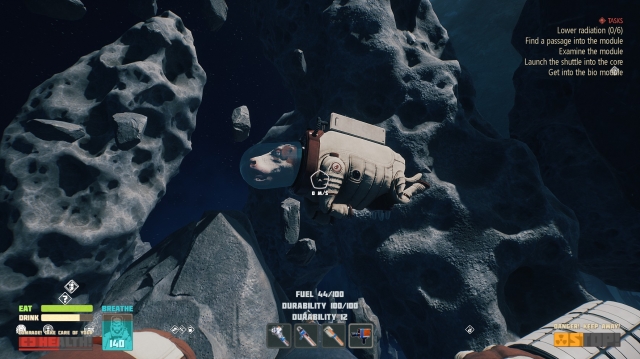 Once you’re past that, there’s a voice in the wilderness, a voice with an impressively colossal cleavage called “Babe”. Alongside advising that you might be able to get her rescued by blowing yourself up and hoping someone sees the body parts, she tells you where the captain’s emergency escape shuttle is, and you rush off to find it.

Cue much drunken humour, almost dying from radiation, cold, heat, mayonnaise (yes really) and the automatic turrets all over a military section of the liner. It’s not at all inaccurate to describe this game as Subnautica in space designed by drunken Russians; there’s just no cuddlefish.

The game is split into chapters, each of which has its own little goal at the end and progresses you on your quest. Namely rescue the princess (the ever present “Babe”), defeat a vegetable-based terrorist group called “The Green Universe”, persuade the AI in your spacesuit to be a mate and help out, dodge coffin robots, and generally make it to the end. 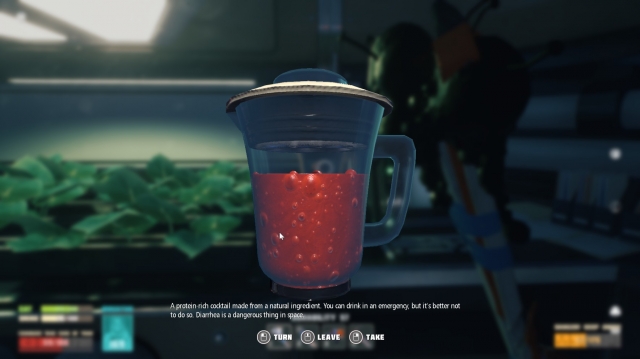 A nice healthy hamster smoothie anyone?

Breathedge isn’t just the standard game mode though. There’s also “story” which does away with annoying Oxygen, food and water requirements, but kills off the achievements in Steam; impossible mode which is good old fashioned “hardcore” no hints permadeath mode, and Free Mode for the people that want to noodle about in space with no storyline or achievements.

Breathedge is gloriously mad has a large warning at the beginning that “There may be strong language and scenes of violence in the game, at least we hope so,” and manages to avoid hand holding in excess. The visual style, as Andrew Duncan mentioned in his preview is wonderfully 1950s “Lost in Space” crossed with pictures of the inside of the Mir space station, all metal valve wheels and shiny rubber. Just do yourself a massive favour… buy this game. If you’re even remotely into the whole survival genre of games, buy Breathedge. It is, as Val Kilmer said in the 80s comedy Real Genius, “a moral imperative”.