Bug Academy from Igrek Games is a physics-based puzzle game that features, you guessed it, bugs. The game centres around four different bugs that are all learning lessons at the Bug Academy which introduces various challenges they must overcome. There is no real story surrounding these bugs, you’re just here to help them be the best bug they could be.
As soon as Bug Academy begins, it immediately tells you to grab a controller because it’s easier to maneuver than a mouse and keyboard; it’s still very doable with a mouse and keyboard, but the controller is definitely the way to go. After you decide that, you immediately begin with a tutorial for the first bug, the fly.

The controls are rather simple: left thumbstick is flying around, pressing and holding left trigger will grab things, and pressing A continuously makes you fly faster and will allow you to lift heavy objects. You can gather a group of bugs as well by finding them in levels, but if they are no longer needed you can drop them with B. These controls go for all the bugs as well, with more added as you get to control others. Controlling these insects feels great; you can feel the sense of speed as they fly through the world but also you can feel the weight of an object as they are carrying it.

Each school for the bugs has seven levels, which isn’t many, but they are all rather varied to keep things fresh, even if it only takes about three hours to complete them all. The levels differ in what they require you to do, but the end goal is always the same: get three stars. The levels aren’t typical bug-like tasks though, you’ll be doing some weird stuff such as delivering fridges and washing machines to cows in their building, grouping cows together in a fenced area and rebuilding said fence, or firing cows with a slingshot at a castle similar to Angry Birds. Basically, a lot of tasks involving cows for some odd reason. 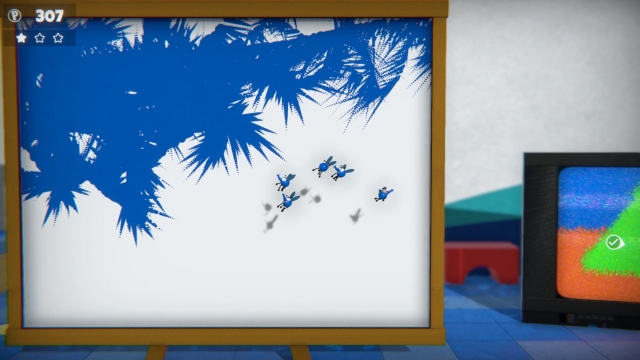 Many of the levels have a Little Big Planet vibe to them, which isn’t surprising as that’s a physics-based game as well, but the physics themselves are really impressive especially for an indie developer. Rushing through buildings carrying a fridge and watching everything just break apart and collapse is very rewarding along with seeing items float away in levels with zero gravity. It is hard not to appreciate the work that went into making everything interact with each other so realistically.

As you proceed through the Bug Academy, you’ll be able to control other bugs such as fireflies, mosquitoes and bees. Fireflies are generally the same as flies when it comes to controls, but mosquitoes and bees add new elements to keep the puzzles engaging and fresh. As a mosquito, you can suck up liquids with the right trigger and releasing the right trigger will spray the liquids uncontrollably. As a bee, you play the queen bee so you’re able to use other bees you collect as projectiles which can be aimed and fired with the right trigger as well. These offer some great variety to the tasks within levels even though some are the same levels just slightly altered to incorporate the new ability. 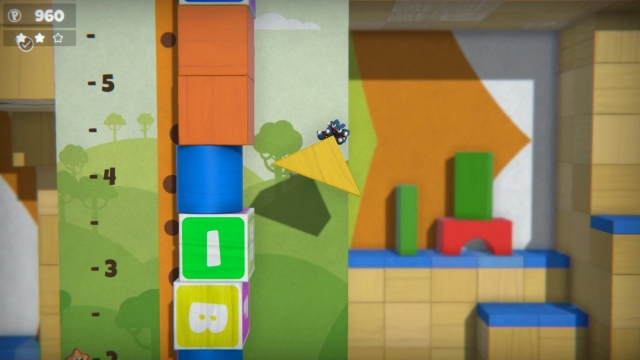 Visually, Bug Academy impresses yet again with great use of lighting, reflections, shadows and depth of field. The firefly levels especially showcase this because they are primarily illuminated by the bugs, and it looks really good as the lights reflect on almost all surfaces. The various bugs look good as well with a goofy and cartoonish look due to their googly-like eyes and the way their bodies just swing around. A fun thing the developers included as well is fun facts about bugs with loading screens such as ‘bees don’t buzz during a solar eclipse’. It was a weird blend of actually learning about bugs while doing these outrageous tasks with them.

Bug Academy is a great physics-based puzzle game that does physics remarkably well, while having you do a number of bizarre tasks that involve bugs (and cows). There is a good variety between levels and bugs that will keep you engaged until the – very short – end, but you’ll be buzzing all about it once you’re done.

There is a good variety between levels and bugs that will keep you engaged until the – very short – end, but you’ll be buzzing all about it once you’re done.