We’re now living in a post-Titanfall world: a world where a certain series no longer has total dominance of the FPS genre. The Call of Duty franchise is starting to show its age, and the advent of giant robots, parkour and even faster-paced death has proven that the genre most certainly has room for change. We’re yet to see an announcement for a truly next-gen Call of Duty so there’s still time for a shift in direction, but for now, you’ll have to make do with Ghosts’ latest map pack: Devastation.

Following the foundation laid by the previous Onslaught DLC, Devastation features five new maps - four competitive, one cooperative - and one new firearm: the Ripper. Like the Maverick weapons from Onslaught, the Ripper is unbalanced. This new toy is a hybrid, meaning it can switch between SMG and assault rifle range with a click of the thumbstick. Both modes are equal to or better than any of the standard guns available, so there’s not really any reason not to use it. It’s a mindset apparently shared by many, as 90 percent of your deaths will likely result from its use. 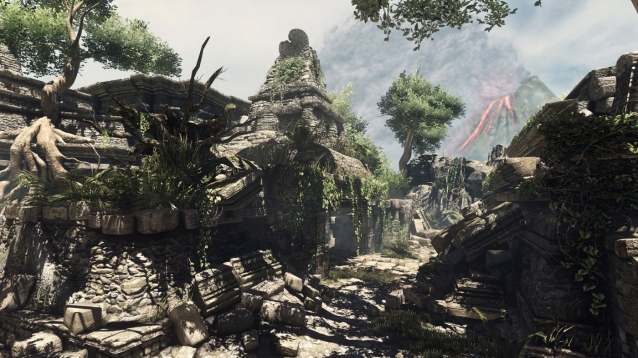 As far as map packs go, Devastation’s offering isn’t the best by any stretch of the imagination, and excluding the new Extinction map (more on that later), this is a pretty average offering. The first new competitive map - Ruins, is probably the best of the bunch due, in part, to its versatility. The Aztec themed ruins come complete with cobbled floors and narrow staircases, offering the most variety in how you want to equip yourself.

Almost every open area fractures off into multiple pathways that go under and above ground. Surrounding the main plaza area are dank, cavernous tunnels and cliffside vistas, offering ample flanking opportunities. Whether Infinity Ward are slowly testing ideas for a game based on a film series remains to be seen, but instead of Michael Myers in the previous DLC’s Fog map, this time we get the Predator. Yes, you can play as the trophy-hunting alien by completing field orders, and he even comes with his shoulder-mounted cannon of death. He feels like far less of a reskin than Myers did, and is fun as hell to use, but the gimmicky feeling of such an inclusion still persists.

Behemoth and Collision are the other two original maps, and while neither are bad, they’re quite bland and unremarkable. The former, Behemoth, sticks you on an industrial mining machine suspended above a gaping chasm. It may sound enticing, but the description is misleading. It’s a very narrow map, shaped more or less like a circle with two long rectangular walkways jutting out of either side. The circular arena is inevitably going to be where most players flock to, so they can hole up in the raised foreman’s office overlooking much of the map. 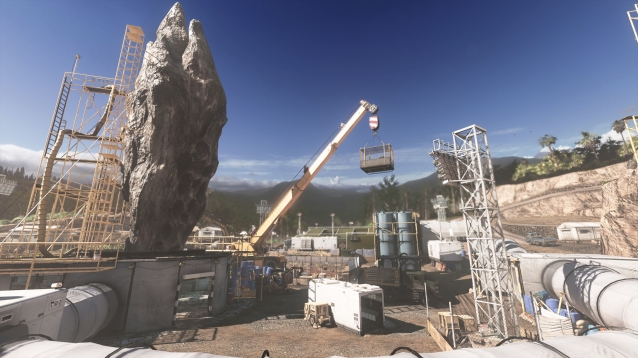 The narrow platforms adjoining the infinitely looping kill box that is the middle may be suitable for sniping, but you’ll need someone to watch your back, as small passageways run under the entirety of the map.

Collision is the better of the two, taking place on a beached - or, in this case bridged - container ship. The arena bears more than a passing resemblance to Black Ops II’s Cargo level, but like Behemoth, there’s nothing really memorable or innovative about it. Rusted and unused shipping containers litter the dilapidated deck of the ship, providing sharp corners and claustrophobic hidey-holes (great for ambushes), but there’s little else besides. Two sniper nests formed from corrugated iron punctuate either end of the ship, but they’re far too close in proximity to provide any real sense of cover. Equip yourself with lightweight equipment or prepare to die… a lot.

Continuing the tradition, Unearthed is a rehash of a past CoD map. Modern Warfare 3’s Dome has been selected this time, and aside from a few new quirks, it’s largely the same. In general, the map feels more spacious than before, and has been repurposed into an excavation site, replete with rideable crane. It offers an excellent birds-eye view of the entire level, but its presence means both teams will rush to camp its resting positions to ensure control of it. On paper it’s a great idea, in practice… not so much. Half the map goes unused because of it. 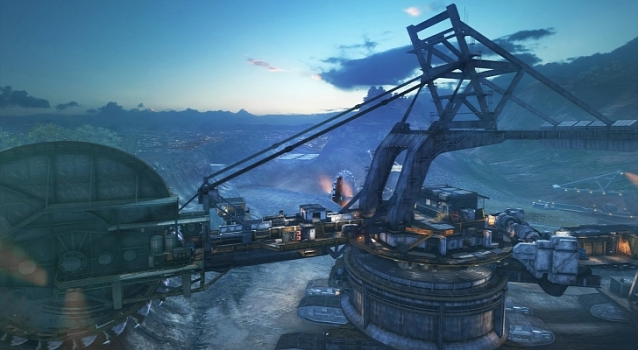 What saves Devastation from mediocrity is its new Extinction map: Mayday. Continuing the forgettable narrative from Nightfall, Mayday shoves you into a military warship that’s been overrun by the Cryptid. You still use the drill as a means of destroying hives to progress, but now there’s optional areas, new upgrades and a crafting system akin to that seen in Treyarch’s zombie alternative.

It’s a marked improvement over the first two Extinction maps, and progress through the eerily deserted ship feels satisfying if slightly repetitive. Just like Onslaught, Infinity Ward’s latest offering is another uninspired batch of content. This isn’t bad by any means, but it’s certainly not great. The formula is showing obvious signs of growing stale, helped to limp along by a solid, non-competitive offering with Mayday. That’s two down then: we can only hope the next duo improve on what came before them.

Devastation is another average map pack addition to Ghosts, helped to keep its head above water by an entertaining new Extinction map. Don’t expect anything other than more of the same here.