My little gaming soul has been put through its paces over the years. Spelunky, Dark Souls, Mega Man: I’ve plunged into some ruthless games in my time, and it’s rare that one of them has gotten the better of me. No game, not a single one, has battered me in quite the same way as Cathedral, though. This unassuming retro platformer has stretched me, tested me and teased me in a way that games, in the pursuit of widespread appeal, mostly try to avoid nowadays. For the last 20-to-25 hours of playtime, I’ve been sent on a crash course of this metroidvania’s mechanics. My muscle memory has been honed to split-second perfection; I’ve got an encyclopaedic knowledge of every enemy’s moveset; and the expansive 2D world layout is digitally burnt into my memory. It’s common to hear people say that they’ve “beaten” a game. That doesn’t feel appropriate here. I haven’t beaten Cathedral: I’ve triumphed over it. 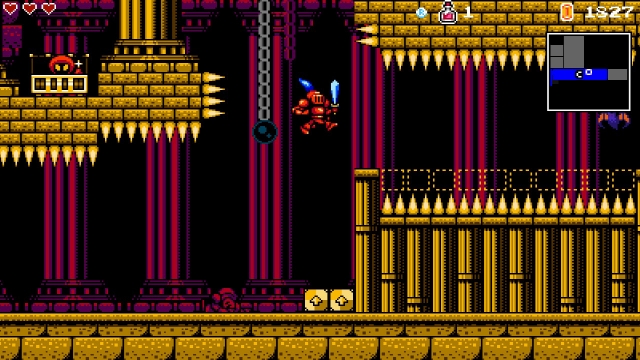 Non-linear metroidvanias like Cathedral, with backtracking and numerous paths which remain locked-off until the player obtains a certain skill, often pride themselves on their wide array of abilities. Ori and the Will of the Wisps is a superb example, practically making its protagonist a superhero by the time credits roll. Cathedral’s hero, however, a strong-but-silent knight tasked with defeating four bosses and gathering their four orbs (yada, yada), must make do with a comparatively modest moveset. Beyond a few context-specific abilities, the game provides players with a double jump, a dash, a summonable floating platform, a glide, a sword (which doubles as a Shovel Knight-style pogo stick) and a couple of projectile attacks. That doesn’t sound like much, especially considering that the jump and dash moves can’t initially be equipped simultaneously, but the game overcomes this potential drawback by using each ability to its absolute fullest. By the time they rock up to the game’s final boss—an ancient demigod known as Ardur—Cathedral’s hero won’t be super-powered, but thanks to the player’s mastery of the game’s mechanics, you’d be forgiven for thinking so. 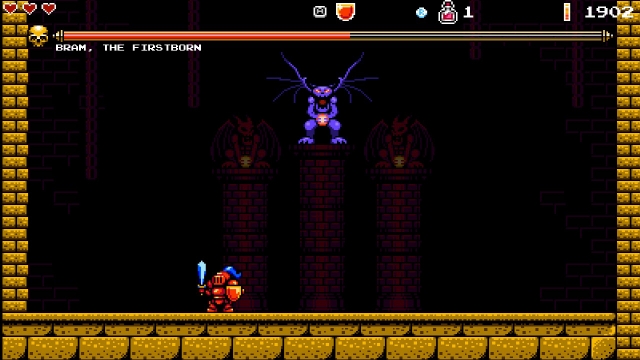 Credit is due to the game’s controls in making the process of mastery fun. Picking up the controller and jumping around some screens, maybe slashing the sword at a few monstrous foes—who are liable to pop up from any direction—instantly reveals how spot-on Cathedral’s controls are. Every movement is precise: light but not floaty; quick but not erratic. The sword attack too is perfectly responsive: the Knight seems to slash as fast as the player can mash the “Y” button (on Switch). This ease of movement, alongside generous checkpointing, is undoubtedly one of the reasons that dying to the game’s enemies and bosses isn’t frustrating. The all-too familiar death screen, notifying the player that a chunk of their hard-earned cash has been confiscated, will rarely, if ever, prompt a rage-quit, no matter how many dozens of times a player might see it. 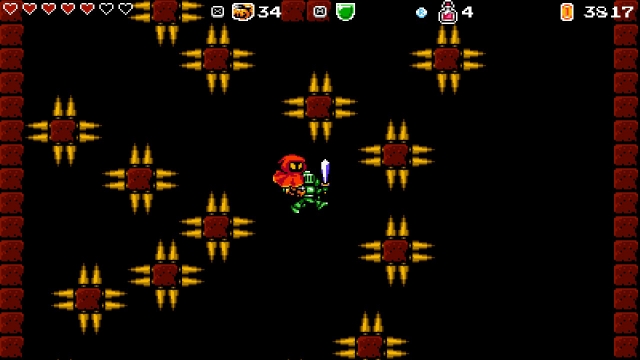 In fact, I’d almost be willing to induct Cathedral into the “perfect control” club along with titles like Super Meat Boy and Titanfall 2. Unfortunately, Cathedral’s controls aren’t completely perfect. The sword attack, while snappy, is designed to send the Knight flying back a handful of pixels upon each successful hit. This leads to inadvertent—and very much irritating—plummets down chasms or back-ups into preceding screens (where all the once-defeated enemies respawn). An upgrade unlocked later in the game negates this self-inflicted knockback, but that doesn’t let the developer off the hook. Upgrades should take something that’s good and make it better, rather than elevate it from “actively unpleasant” to merely “fine”.

It should be obvious by now that the game is difficult, incredibly difficult: enemies deal a lot of damage, healing items are rare and bosses require serious levels of focus. There’s no brute-forcing these baddies. Players will, sadly, need to tune out the catchy retro soundtrack, pay close attention to their patterns and devise a unique strategy to overcome whatever the boss throws their way. Only in the final stretch does the game ever venture into “unfair” territory, sending the player into instant-death situations which can only realistically be overcome through trial and error. No amount of focus or dexterity will help; memorisation is the key in these frustrating, albeit short-lived, moments. 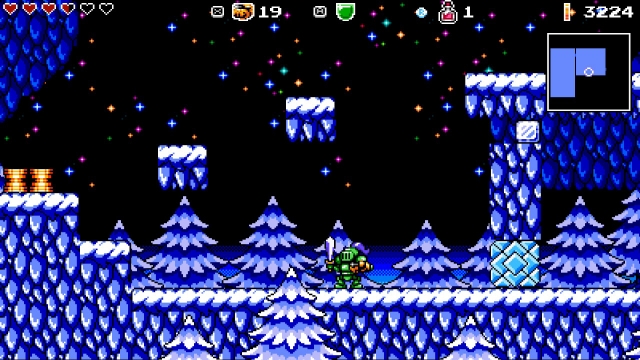 Boss battles aren’t the only moments which require focus. It’s also a necessity for navigating the game’s varied, if a little uninspired, pixel art environments. These range, rather abruptly and incoherently, from jungles to snow-capped mountains, and grand temples to tropical villages. Contextual clues, sometimes fiendishly subtle ones, give away the locations of secrets throughout these environments: treasure, ammo capacity upgrades, hidden paths, health upgrades and other surprises. Occasionally, these contextual clues aren’t even on the same screen as the secret itself; instead, the secret is teased in the next screen over. The game asks players to think outside of the box to solve its puzzles and platforming challenges. One instance involving the use of an enemy’s projectile to dislodge a much-needed key stood out as a particularly clever example of how the game subverts players’ expectations in this respect.

Moments of respite from the danger and intrigue of Cathedral’s world come from the three villages scattered around the map. Players will quickly find these becoming regular destinations on their cross-map fast travel journeys. Each village, while identical in function, offers a new set of villagers to speak to, meaning a new set of quips and goofy lines to read. It serves as a nice break from the mostly dialogue-free gameplay, and it’s also an opportunity to stock up on upgrades: armour improvements, health potion effectiveness boosts and items which reduce the penalty for death. In a platformer as epic in scale as this, these villages may only form a small part of the journey, but their purpose as a sanctuary means that they play an extraordinarily large role in the overall game. When the tale is told and the villain is vanquished (or not), these villages will linger as the heart and soul of the experience. 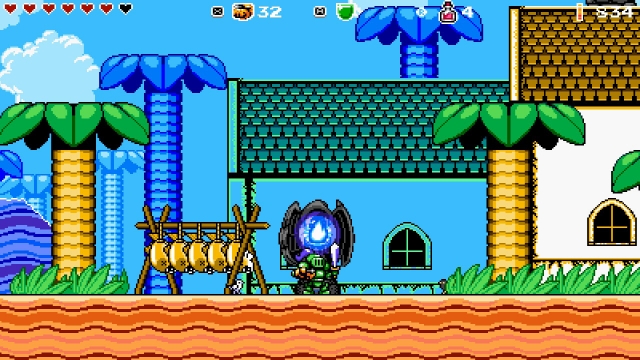 Cathedral is a pure metroidvania which doesn’t get bogged down with superfluous mechanics, instead choosing to explore and push every facet of gameplay to its limit. It isn’t an easy adventure, more likely to bite a player’s hand than hold it. If they’re brave enough to face its fearsome bosses, clever environmental puzzles and platforming challenges, though, it’ll reward them with a genuine sense of pride. This really is a game which can be worn as a badge of honour. Sure, I’ve beaten Bloodborne, but that was no big deal. The real achievement, the thing I’ll be eager to boast about, is my victory over Cathedral.

A pure metroidvania which doesn’t get bogged down with superfluous mechanics, instead choosing to explore and push every facet of gameplay to its limit.